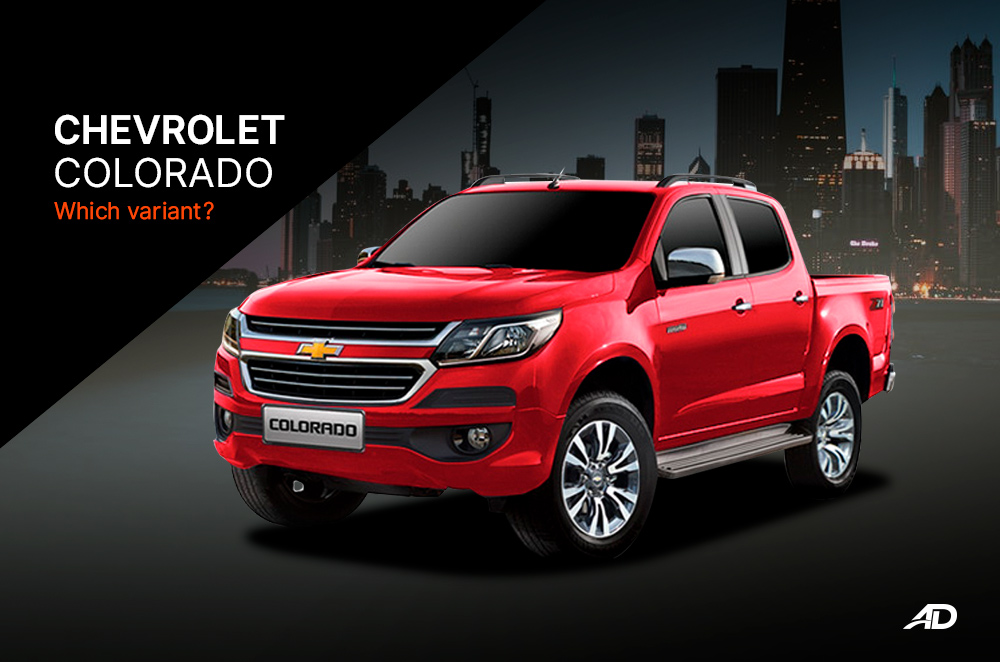 If you want a pickup with a bowtie, the best that Chevrolet has to offer is available in the Philippines in the form of the Chevrolet Colorado. This diesel-powered pickup is a standout in the brand’s offerings in the country thanks to its high-torque diesel engine that makes pulling heavy items and loads an easy task.

Chevrolet’s pickup also features a simple, no-fuss interior that leans on the durable side of the spectrum. Technology features are also ripe for the syncing up and down the lineup. So Which Variant is going to be the best choice for you? Here is a guide to the midsize truck from Chevy.

The only 2.5L round these parts Not to be harsh, but the base LT variant with the six-speed manual transmission is not a great deal considering that you can get an automatic and a potent engine for just a little more coin. Speaking of coin, this model can be had for P1,256,888.

Though this makes a good benchmark in terms of features all around. You do get Chevrolet’s Mylink system which allows you to pair your smartphone through Apple CarPlay or Android Auto. You also get alloy wheels, which is rarely seen in a base model. You have all the basics covered, but you only get 163 hp and 380 Nm of torque from a 2.5L diesel engine. Take the LT and add an X, and you get the LTX. This variant is what it is, a midrange offering that could be worth your hard-earned money as it has a good feature-to-price ratio. But does the P1,422,888 price tag justify it?

This version comes with rear parking sensors, a set of 18-inch wheels in gunmetal, all while the interior is clad in leather, which makes a nice value proposition. Although, does this warrant the P150,000 price increase over the automatic LT variant? Possibly, but if the features are not that important to you, give it a second thought. 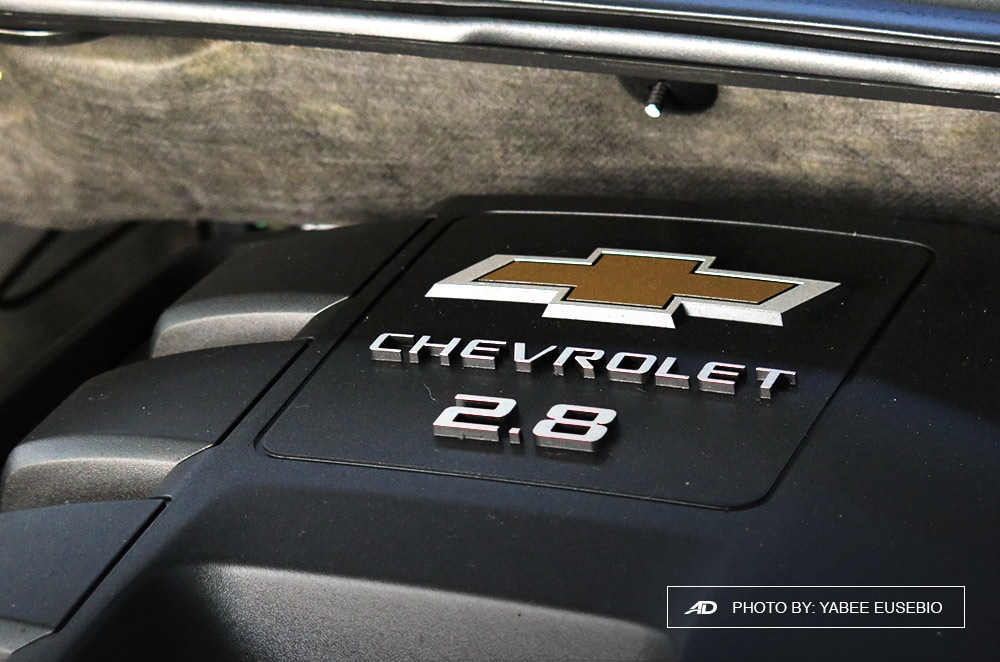 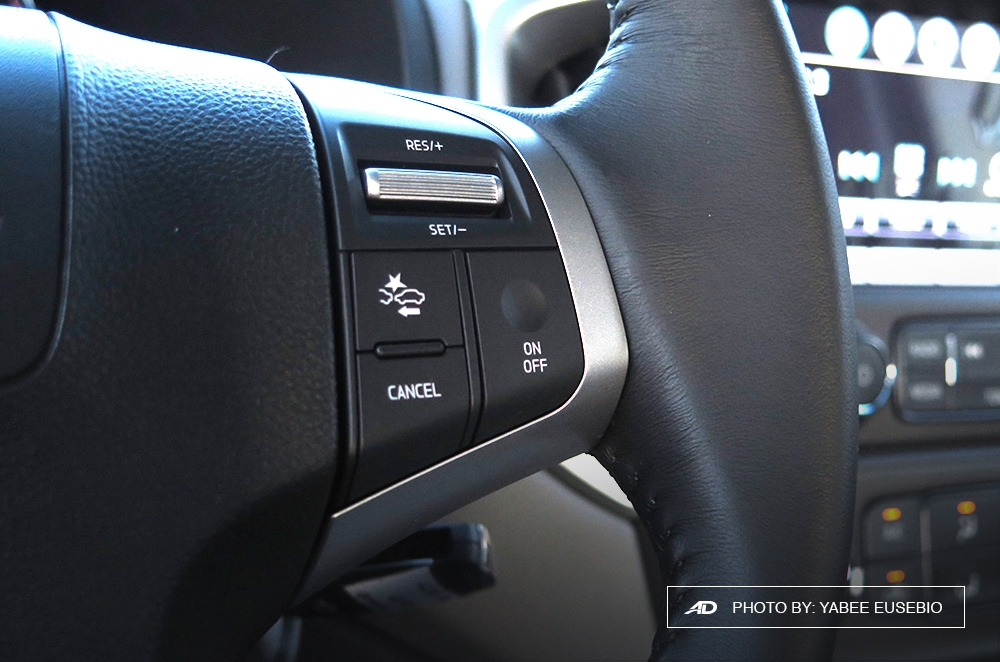 The LTZ is at the end of the rainbow, and as they say, a pot of gold lies there. The LTZ trim serves as the top of the line offering from Chevrolet Philippines and is the only designation with a 4x4 system and the 2.8L engine. 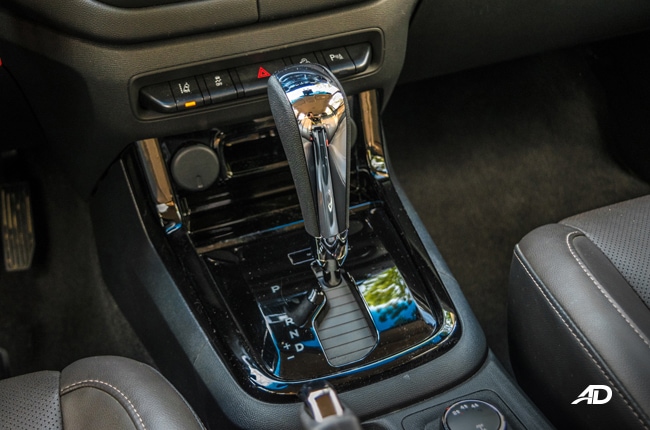 The variant comes in two flavors, with either a manual or an automatic transmission being the biggest difference. You get a leather interior with rear and front parking sensors, DRLs, power-folding side mirrors, tire-pressure monitoring, automatic climate control, an eight-inch head unit with a seven-speaker system, traction and stability control, as well as a forward collision alert and lane departure warning system. The 4x4 AT variant has a remote start feature that runs the climate control at full tilt to flush out the heat in the cabin after a long day parked under the sun – even before you get inside the vehicle. There are a lot of toys in this trim level, but for P1,539,000 for the manual, and P1,571,000 for the automatic, it’s a relative bargain for the features. Only P32,000 separate the manual and the automatic, which makes going automatic a near no-brainer. Chevrolet likes to release special edition trucks with a certain theme or motif. This year, the company released two such models, namely, the High Country Storm and the Trail Boss. 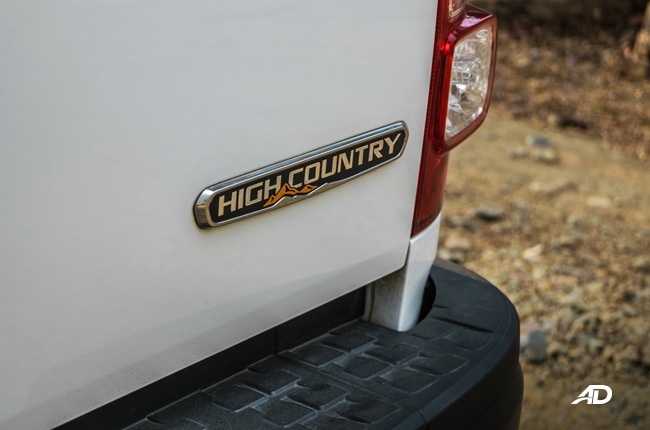 The High Country Storm is based on the LTZ, and features everything plus a little extra over the top of the line model. This model goes for P1,638,888, which is a P67,000 difference over the standard. You get blacked-out wheels, decals, a sport bar for the bed, upgraded headlights, as well as a bevy of High Country Storm Badges around the exterior and interior. 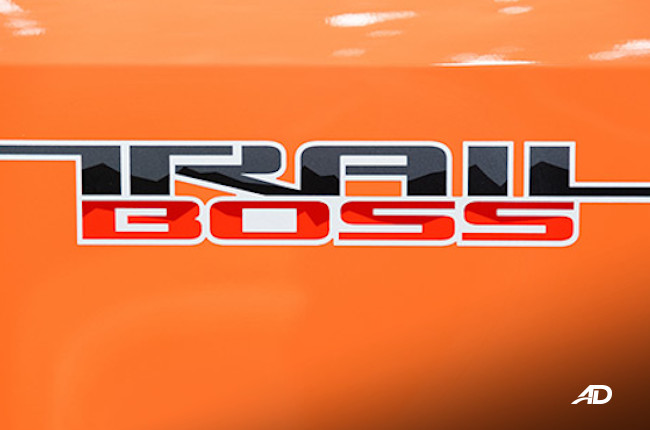 The Trail Boss enjoys the same treatment as the High Country Storm, the only difference is that it is based on the LT variant. This special variant gets black accents all over, like the grille, 18-inch wheels, decals and even the Chevrolet bowtie. This unit can be had for P1,368,888, which is P96,000 over the price of an automatic LT, a good bargain if the looks win you over. With all that being said, it was pretty easy to rule out which variant gave the least value for money, but it was much harder to decide which one was the best. But alas, we have a winner on a budget and an overall winner.

The winner on a budget is the LT 4x2 AT variant. This model pretty much has everything you need to survive in the city, without much of the fluffy features that you might never use, or can never appreciate. If you need a vehicle that can get the work done at a price that won’t break the bank, get this one.

Crowning an overall winner is a challenge, mainly because the lineup is filled with a selection of 4x4 offerings with many features, and a relatively high price tag. There is also a high 4x2 variant that is also a good value, but a little pricey all things considered, hence we chose the top of the line LTZ AT variant, which has all the trimmings. The High Country Storm would have been an option as well, but that model goes for a premium and is not a core model.

If you notice, both the Trail Boss and High Country Storm are based on the units we have chosen, so maybe it is a good idea to look at these attention grabbers before they stop being offered on the market.