Chevrolet’s popular nameplate in its lineup has been a long-standing King of Torque in the midsize SUV category. Now, with newer contenders entering the market, it’s still one of the most powerful SUVs in its class with one of the most potent diesel engines in the market today – and it has a total of four core variants to choose from, each with their own quirks and features.

An incentive for the automatic 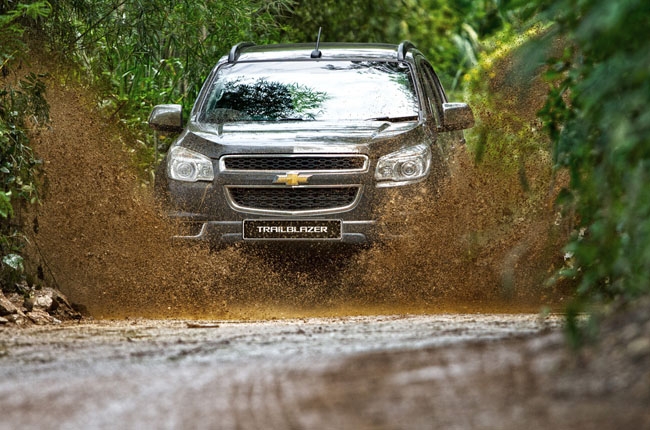 The only manual variant in the lineup, the LT MT, comes equipped with a 2.5L diesel engine that produces 163 hp and 380 Nm. These are respectable figures, but they’re not nearly enough considering that a better option just sits right above. The base variant also has hydraulic power steering, while the rest of the range gets the electronic-powered type.

The price for the Trailblazer LT MT is P1,618,888, and it does present itself with good value since it starts with an infotainment system that is top-notch in terms of connectivity options thanks to Chevrolet MyLink, and 5-link rear suspension setup. For the most part, the MT LT variant is there for consumers who just want an SUV that will perform and be comfortable enough for Philippine roads. 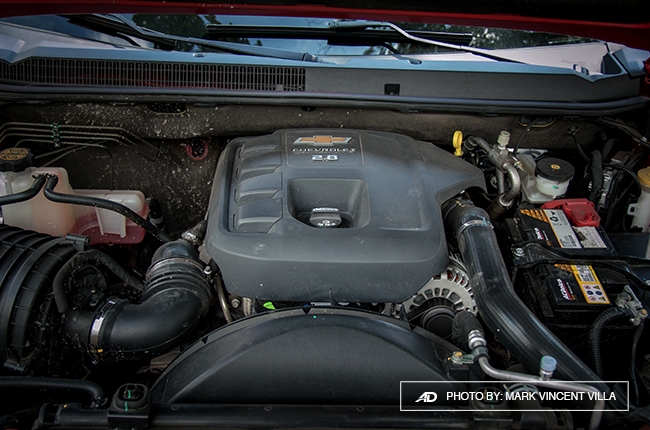 With a price tag P1,708,888, which is P90,000 more expensive than the base model, you get the 2.8 2WD LT AT. It comes with a powerful 2.8L diesel engine, good for 200 hp and 500 Nm of torque, along with a 6-speed automatic transmission. For the difference between the base manual and automatic, other brands would charge around the same price, but in this case, you get an auto and a bigger engine. This engine also comes with a Variable Geometry Turbo (VGT) system in contrast to the MT’s Fixed Geometry Turbo (FGT).

You still get a lot of the amenities that the LT MT variant comes with, but because you have the 2.8L instead of the 2.5L, you get electric power steering. Still installed in the head unit is the Chevrolet MyLink software. So essentially, this is a juiced-up base variant with the convenience of an automatic transmission. 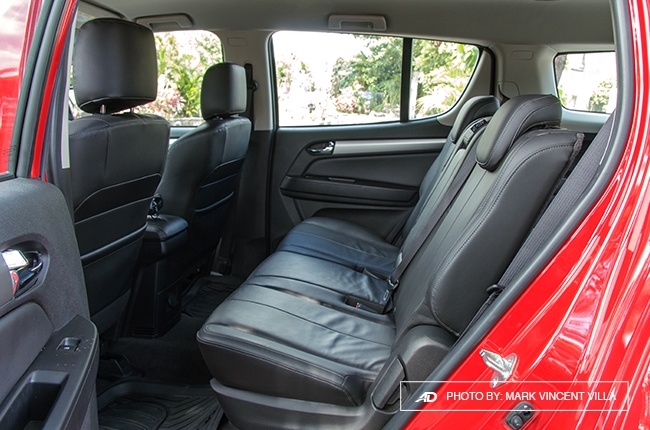 Add an X to the LT and you get the brand’s mid-range offering. The first difference you will see is the leather upholstery, which is a step up from the LT variant’s offering. Chevy also includes a backup camera that outputs a live feed to the rear-view mirror rather than the infotainment system. You also get backup sensors in the mix to help you park without worry, plus a pair of roof rails to accommodate any attachments. Speaking of attachments, there is an included body kit that tacks on to the existing exterior bits. This includes the front bumper, rear bumper, and tailgate spoiler.

All of these additions will set you back P97,000 more over the LT AT model, bringing the total price of the LTX to P1,805,888. At this price point, this variant serves as the premium mid-range offering from Chevy, and it does seem enticing considering all the additions, but what if you add just a bit more?

Top of the line – end of the alphabet 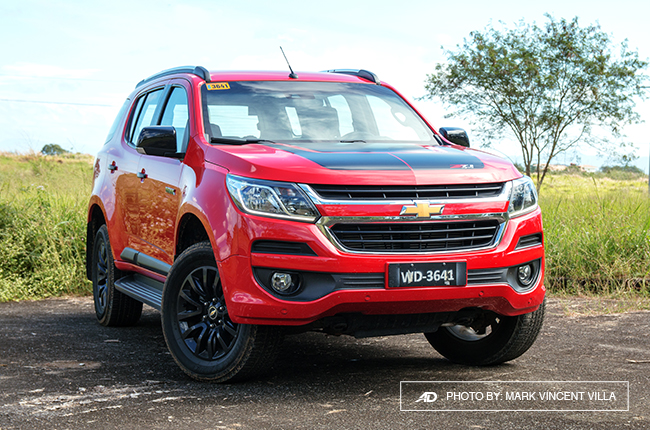 The Z71 name is a mainstay in the nomenclature of Chevrolet’s top-spec variants. This variant is the only 4x4 offering in the Trailblazer range from the golden bowtie. Over the prior variant, you get the same leather interior, but this time complete with a leather-wrapped steering wheel with audio controls, phone controls, and cruise control. The headlamps are still halogen units, but they now come with LED daytime running lights (DRLs) with automatic activation. You also get power-folding side mirrors, automatic wipers, as well as a power-adjustable driver’s seat. Also, the Z71 rolls on an 18-inch set of alloy wheels.

You do lose the body kits, but the upgraded infotainment system might or should be more meaningful in your day-to-day operation of the vehicle. Instead of the 7-inch MyLink system, you get an 8-inch unit that now accommodates the backup camera’s output. The system is also improved upon by the 7-speaker setup that promises better sound quality than the 4-speaker set found in lower units. Automatic climate control also makes its way onto the Z71, which is the cherry on top of a feature-clad variant. All these features can be yours, along with the capable 4x4 system, for only P1,998,888, a bit steep? Perhaps, but it’s more affordable compared to other top-of-the-line midsize 4x4 SUVs in the market today, undercutting them by about P200,000 or so.

Safety is also important, and the Z71 has a rich loadout compared to the rest of the lineup. While everything else has two airbags for the driver and front passenger, it is the active and passive safety features that make the Z71 such a bargain in the lineup. For passive systems, you get traction control, hill start assist, hill descent control, trailer sway control, brake assist, and electronic stability control. In terms of active safety kit, forward collision alert, lane departure warning, side blind zone alert, and rear cross-traffic alert comes standard for this range-topper. And to top it all off, you get a neat little party trick in the form of a remote start-stop function that allows the car to run the engine and climate control after a while day parked under the sun. 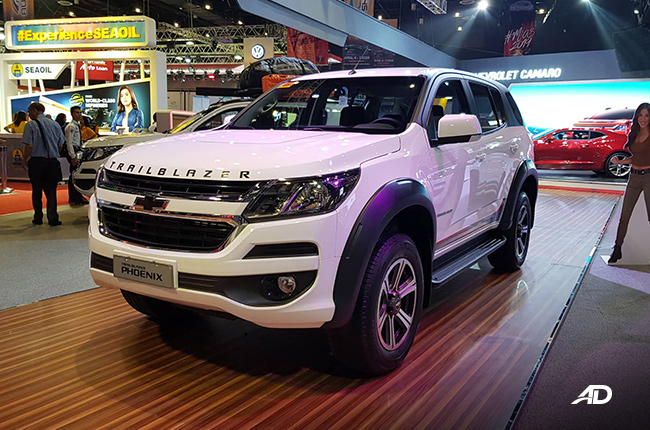 Chevrolet Philippines often releases a special edition model that follows a certain theme and look to a model. In the Trailblazer’s case, you have the Phoenix variant that is a dressed-up LT AT variant. It has black accents all around, complete with black bowtie emblems all around. The feature-set is more or less similar to the LT.

Two variants will serve as the best picks in the line. We considered the price-to-feature, and price-to-performance ratio. The Trailblazer is a good value for what you get since it comes at a very accessible price point in the market.

So our runner up, and a value-oriented purchase will be the LT AT variant. It may be a little shy on features, but the most important items that we look for in a midsize SUV is present. It provides you with ample power, an automatic transmission, and a snazzy infotainment system that allows you to seamlessly pair your Apple or Android smartphone without much fuss.

The top dog is undoubtedly the top of the line variant, the Z71. While the LTX offers good value at just a bit over P1,800,000, when zooming out of the lineup and looking at the competition, the Z71 is compelling considering the features that you get for the price. Other brands will have a 4x4 variant on offer, but the price of said models will bleed above and over the P2,000,000 mark. Though, in terms of real-world use, a 4x2 will be enough; so there is a good reason to choose an LTX model, but Chevrolet offers a bargain of a difference between Z71 and LTX considering the remarkable features present on the Z71.