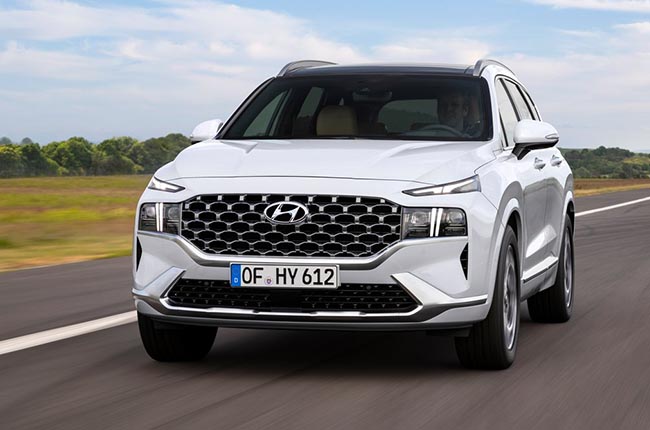 Earlier in June of 2020, the facelifted fourth-generation of the Hyundai Santa Fe was launched. Despite its new revised styling and its added new features, the engine and transmission options were still unknown. Now, however, that has changed as reports have come in indicating that the popular Hyundai vehicle now has new engine options ready for buyers to choose from. The new powertrains in question are a turbocharged hybrid engine, as well as a turbo-diesel motor. 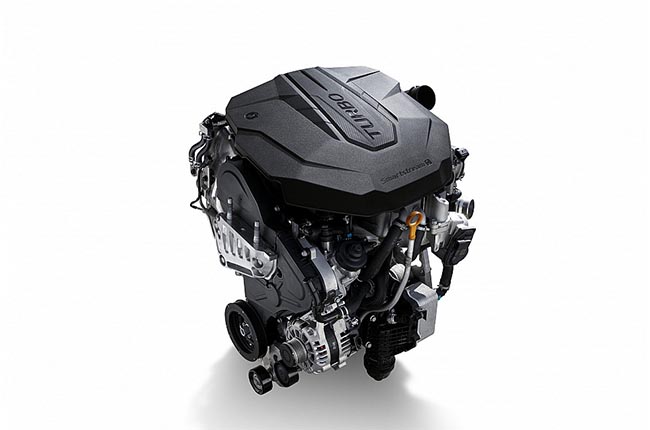 For the diesel-fed power plant it comes at 2.2-liters of displacement. Hyundai claims that this new engine is part of its ‘Smartstream’ line of diesel motors that produces fewer emissions and is cleaner. With the aim for further efficiency the new motor now comes in an all-aluminum construction differing greatly from its predecessor which came with a cast-iron block. On top of the new construction material the new engine also benefits from a 2,200 bar injection system which is 200 bar greater than the older 2,000 bar injection system. With new upgrades done to the engine it can now reliably push out 199hp and 440 Nm of torque. This means the engine now produces 2hp and 17 Nm of torque more than the previous motor. 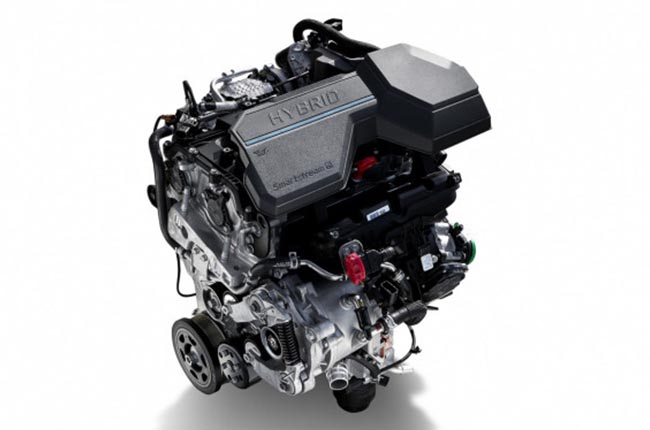 Sending the power of the new diesel motor to the wheels is a new 8-speed DCT. This replaces the brand’s older 8-speed automatic. With the new transmission, the South Korean automaker claims that it can offer smoother shifting characteristics along with enhanced efficiency.

For the hybrid drivetrain, on the other hand, it can be had with two ‘Smartstream’ gasoline motors to choose from. The first is a 1.6-liter T-GDI four-cylinder hybrid engine that comes with a 44.2kW electric motor. It is able to generate 226 hp and 350 Nm of torque. The other hybrid engine option uses the same displacement motor, however, the output has been increased due to it being a plug-in hybrid and with the addition of a 66.9 kW electric motor. This hybrid drivetrain is only available with the Santa Fe’s all-wheel-drive variant and it produces 261hp and 350 Nm of torque. Both of the hybrid versions come with a 6-speed automatic transmission.

Hyundai Philippines has made no mention yet if it will be planning to bring in the 2021 Hyundai Santa Fe into the country. However, if it were to bring in a hybrid vehicle it would immediately qualify for a 50% discount on excise tax. Due to the diesel engine being a popular choice for larger vehicles in the Philippines, the likely outcome is that Hyundai might probably bring in the refreshed Santa Fe with the new turbo diesel motor instead.