The Mazda MX-5 Miata is known for having sublime handling and cute good looks. However, a certain YouTube channel named Gingium has broken the Miata’s image and turned it into a rugged monster, and guess what? It’s quite impressive.

Luckily, this Youtuber recorded a video for us to witness how he made the old roaster into a one of kind off-road banger. First off, high ground clearance is a must for any adventurous car, so the usual Miata tires were changed for a set off-road tires for it to be able to tackle challenging terrain. Since the new tires are huge, the fender had to be removed for better clearance and, in return, it received wider fenders to cover its muscular tires. After that, plastic bumpers were replaced with metal pieces, while the rear deck served as a carrier for an extra wheel. 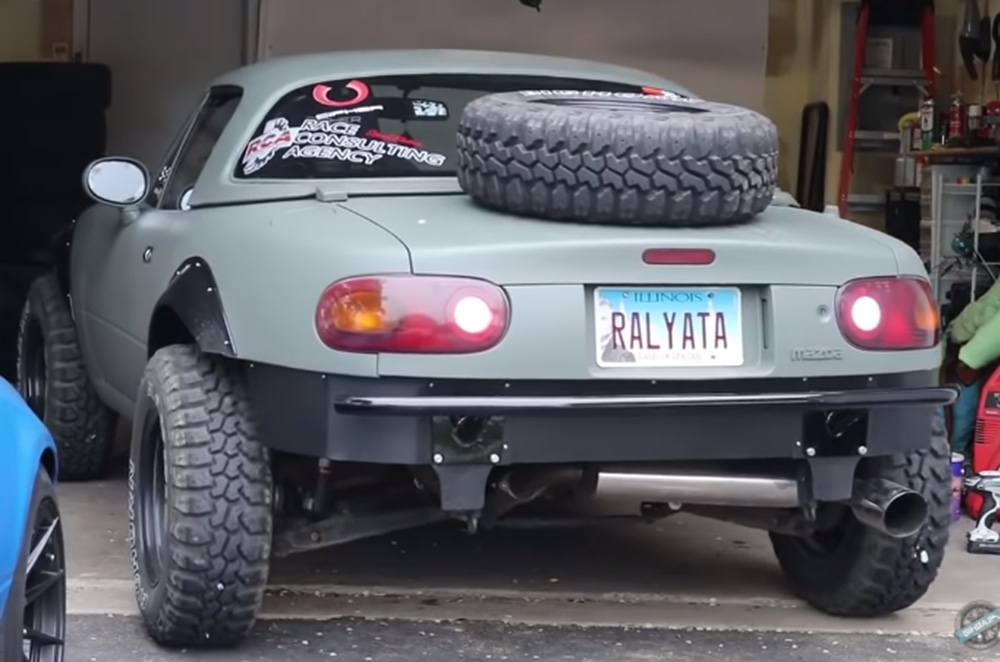 To make it even more appealing, the body was coated with a matte green paint, while a roof rack and light bar were attached to the hardtop. If we’re talking about an off-road car, power should also be checked on the list. With that, the Miata got a supercharger and an intercooler was installed to improve its performance. It was also equipped with an updated he air intake to enhance the wading depth, so that the water won’t get into the engine.

Moreover, Gingium also released another video where the owner tested the Rally Miata’s speed from 0-60mph. It had lapped 9.03 seconds on a gravel road, while 6.44 seconds on a paved road, which is quite good.

Brilliant minds always have a way to make great thing even better, and this fella right here absolutely did an incredible job. Who would have thought that the Miata roadster can wrestle in deep water and get dirty in the mud? Watch the video below to hear the whining supercharged rally Miata and see it for yourself.