As far as numbered editions go, this is pretty rare. With the EcoSport receiving an update back in 2018, Ford aimed to rectify a few of the quirks that the outgoing model had. With the engine and transmission getting a much needed upgrade.

The lineup still features the old 1.5L engine, this time mated to a traditional 6-speed automatic transmission or a 5-speed manual. The real headliner and the major improvement come from the 1.0L EcoBoost engine. With the excitement of the model finally getting a much needed boost, Ford continues to roll off promo after promo for the EcoSport, with a special edition also up for grabs at their Global City and Otis Manila dealerships.

Note that only twenty –yes you read that right– 20 units will be available. Auto Hub’s two dealers will be carrying these units in several colors, except for, obviously,  the color black for several reasons.

Some of the reasons why the special edition will not be available in black is because of the black accents adorning the subcompact crossover. The unit here, in red, looks sleeker and sportier as the exterior is painted in a two tone colorway. Look down and spot the wheels. They are painted in a metallic black finish, a big departure from the light colored wheels on the regular models. 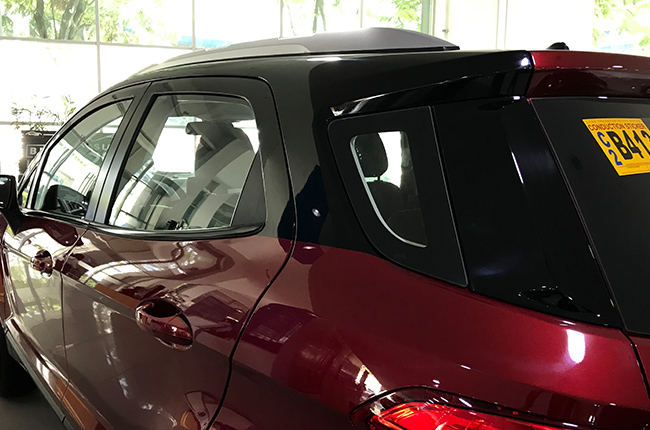 Look up and spot the black colored roof and pillars. The two-tone color scheme is becoming a trend lately, with several brands opting for two toned looks and floating rooflines, the Ecosport dons a black top as an accent to the bright and young looking colors that the line has. Also included in the black accent color found all around is the side mirrors painted in a glossy black color. 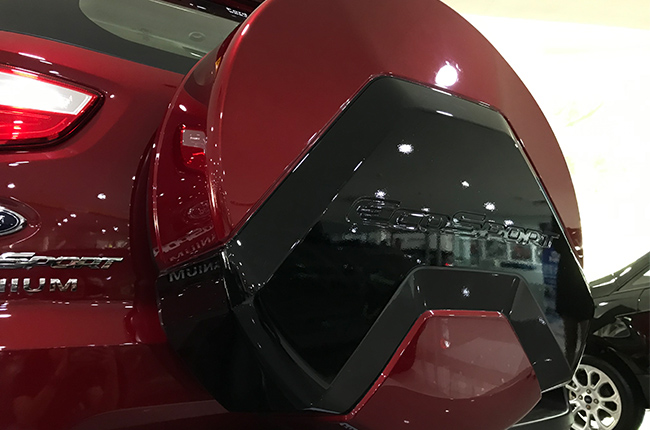 Take a look at the rear. The model is also known for the rear wheel cover that grants the vehicle a flatter area for rear cargo. This black edition keeps the theme and has a two tone cover to make sure everything is uniform. 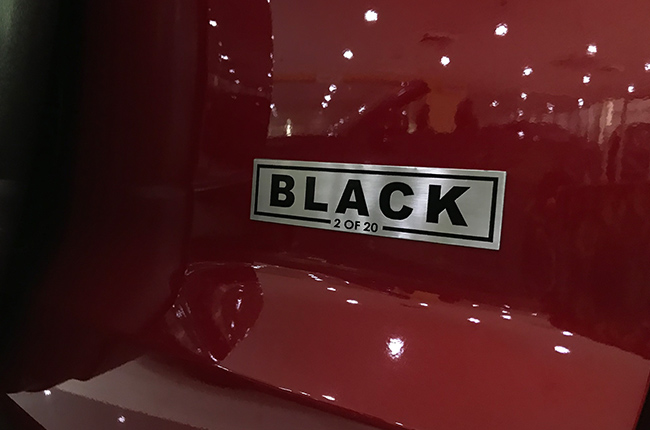 And of course the pièce de résistance of this package, the numbered badge that indicates that you have 1 of 20 examples of this black edition in the country.

The good news is that Ford has rolled out a new and improved interior for the EcoSport as well. Although no changes are made to the black edition’s interior, you’d be pleased to know that the brand has kept the great improvements done to modernize and keep the EcoSport current. There are a multitude of features to cover, but we’ll just mention that the headunit alone marks a great improvement over the previous generation.

Avail of this ‘sportier’ EcoSport at Ford Global City and Ford Otis Manila with a downpayment as low as P29,000. The Black Edition is available across all variants from the base model all the way up to the top of the line variants. These additions will come at a cost of an additional P25,000 on top of the normal price for an EcoSport variant.