Ford has been near the top of the off-roading game for quite some time. The company's focus on trail-ready vehicles isn't a secret. From enduring models like Ranger Raptor to more latest entries like the new Bronco, Ford continues to innovate in the segment.

The American automaker's recent patent application points to another innovation that could change its off-roading might for the better. According to a report by CarBuzz, Ford has apparently secured a patent for a retractable exhaust tailpipe. The patent illustrations show a telescopic exhaust tip that can retract as far back as 5 inches. 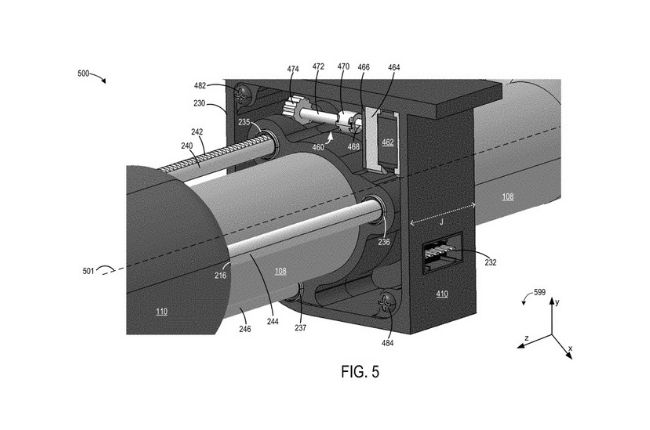 That's certainly impressive, but how does it work? The patent description outlines a method that includes linear bearings that connect a vehicle's fixed exhaust system with the retractable tailpipe. A miniature rack and pinion would pull the exhaust tip inward under off-roading conditions. Returning to the road would push the tailpipe back to its normal form and function. When engaged, the system could help improve the departure angle and protect the exhaust from damage.

This process is all electronically controlled, so the driver may be able to control the system with the push of a button. It's not unrealistic to think that Ford could also be working on some way to automate this process entirely, whether through a camera or additional sensor.

The system isn't just for trucks either, as the patent describes a wide range of model applications for the system. Pickups, SUVs, crossovers, hatchbacks, and sedans could all potentially get this system in the future.

As for when Ford plans to put this feature into production, if ever, is yet unknown. Companies file patents for things they'll never use all the time. It's all in the name of protecting business interests. However, if Ford does decide to put a retractable exhaust tip in a production car, it would probably start with something like the F150 Lightning. Seeing as it's Ford's first all-electric pickup truck, a radical feature like this could be the right fit for it.