Honda Thailand has announced that it has stopped the production of the Honda Civic hatchback for its local market. While the sedan version of the nameplate will still be available for customers to buy, the hatchback has been axed due to less-than-expected sales numbers.

Market trends have not been favorable for hatchbacks especially with the rise in popularity of crossovers and as such certain models have experienced lower than expected sales figures throughout the years. Given these statistics and changes in buying trends, the Japanese automaker has chosen to stop production of the 5-door model altogether, at least for the Thai market. This only leaves the Honda City hatchback and remaining stocks of the Honda Jazz as the only hatchback models left that the automaker sells for the Thailand market. 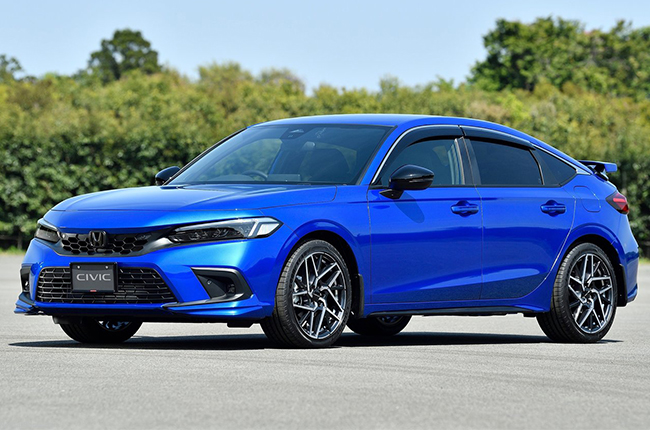 That being said, as the Honda Civic hatchback is no longer being produced in Thailand, it does come with a couple of repercussions for other markets within the ASEAN region. Without a nearby source, the chances of the hatchback entering the Philippine market at a competitive price point have been reduced.

It is important to note that Honda still makes the 5-door hatchback version of the Civic in Japan. However, the vehicles being produced from its factories in the land of the rising sun are all geared for the right-hand-drive market. This indicates that retooling the factories for a left-hand-drive market could prove to be costly for the automaker and a risky endeavor to enter.

While it is unfortunate that the source for the production of the Honda Civic hatchback has been removed from the ASEAN region, it’s not all sad news as it looks like the Japanese automaker is doubling down on the crossover trend and has plans to launch new models soon that are smarter and more fuel-efficient than ever.