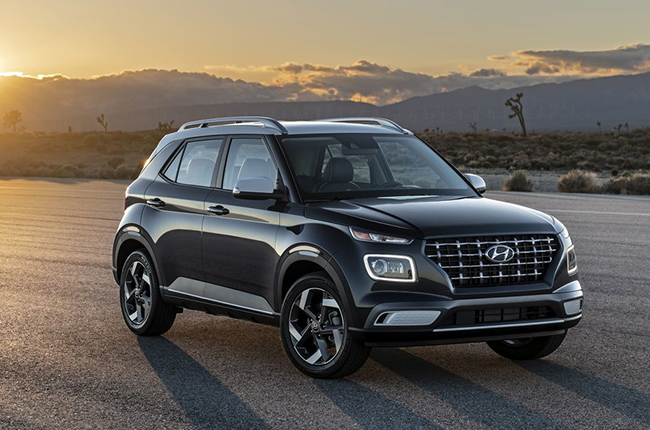 Hyundai Philippines just released a teaser photo via its social media platforms which may seem like a glimpse of its subcompact crossover, the Hyundai Venue. With its Kia cousin, the Stonic, making its way to the Philippine market, will Hyundai’s contender then follow soon enough? Now, the photo shown above is the aforementioned teaser of the subcompact crossover. The image itself showcases some funky glasses, therefore complementing its overall party vibes. Upon observing, you’ll notice a familiar reflection on the glasses which is actually recognized as the Hyundai Venue’s rectangular headlight patterns.

The Venue had its global debut last year, April, at the 2019 New York Auto Show. This model sits below the Hyundai Kona, therefore giving buyers a smaller option which should better serve as a more proper city cruiser for some. Despite its small dimensions, the Hyundai Venue still boats in terms of practicality.

Its design does exhibit a sense of funk and attitude, which keeps it in line with its bigger brother, the Kona. You can also see some resemblance between the two subcompact crossovers, including the lighting setup upfront, which is not only present on the Kona and Venue, but it is also a design trend that has been echoing in the industry. Notably, instead of being curvaceously sculpted, the Hyundai Venue sports a boxy design that should translate to better cabin space.

Now, with the great possibility of this model being launched here, Hyundai might release the venue with any of these powerplants. Specifically, there’s a 1.6-liter Gamma MPi that churns out 123 hp and 151 Nm of torque, the said engine is then paired with a 6-speed automatic. Next up is a less spirited 1.2-liter Kappa MPi that’s capable of producing 83 hp and 114 Nm of torque. The said mill is then mated to a 5-speed manual. Lastly, there’s a turbocharged 1.0-liter engine that puts out 120 hp and 172 Nm of torque. Power is then shifted via a 7-speed dual-clutch transmission.

Then again, these are just pure assumptions. That said, let’s hope for some further details from the South Korean automaker and do stay tuned for some scrumptious updates.