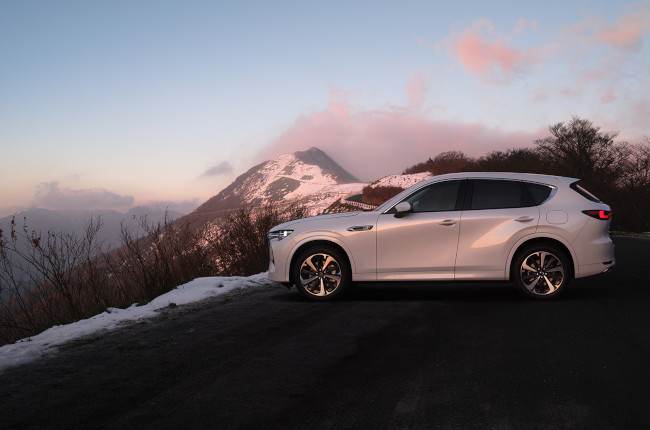 Mazda Europe recently unveiled the Midsize CX-60 Crossover, which marks the first of Mazda’s Large Product group models that offer enhanced driving pleasure and environmental and safety performance. The unveiling also marks the first time that the model is out and about on public roads.

Up to four models in the Large Product group will be fielded into the global market by the end of 2023 according to Mazda. The brand aims to meet the global demand for crossovers with current and future products that will meet different customer needs in a strive to grow the brand and the business.

The CX-60 is around the size of most midsize five-seater crossovers in the market, slotting right under the brand’s smallest 7-seater, the Mazda CX-8. The platform is meant for long-distance driving on the expressway, but can also make do with city stints without complaint. Mazda also took its Kodo-Soul of motion design to another level, and the CX-60 exemplifies refinement with a touch of toughness.

As for its powertrain, the model features Mazda’s e-SkyActiv Plug-In Hybrid Electric Vehicle (PHEV) system, which is the brand’s first-ever plug-in hybrid system. The gasoline engine is a 2.5-liter SkyActiv inline-four motor that’s mated to an electric motor. Being a PHEV, the motor works in tandem to charge the batteries which in turn enhances fuel economy as well as power delivery. This model also marks the most powerful model that Mazda has produced yet, as it comes with a combined power figure of 327 hp and 500 Nm of torque, trumping even the turbocharged 2.5-liter engines from the brand. This allows it to go from 0 to 100 km/h in about 5.8 seconds, which is sportscar territory. 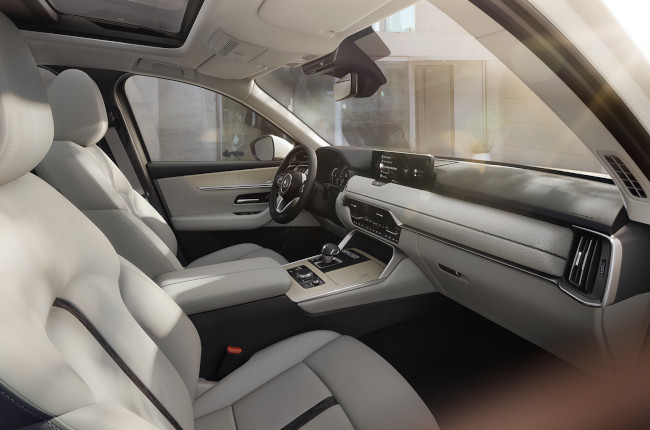 Preorders for the model have already started in Europe on March 8, 2022. Sales are due to begin in the summer of 2022. The CX-60 will be produced in Mazda’s Hofu Plant No. 2 in the Yamaguchi prefecture on March 11, 2022, with more specifications of the model to be introduced in early April—which is next month!

Currently, Mazda Philippines has the CX-5 crossover as its premier-class five-seater. The model, while still quite modern by today’s standards, might be due for an update especially since the brand is moving towards adding zeroes to the ends of its model names, likely to denote a new generation. There is no news yet about Mazda Philippines and the launch of an all-new model for 2022, however, it is within the realm of possibility that new models will come within this year with updated designs, specifications, and features. On top of that, electrification may bring a new slew of powertrains from the brand, so a possible hybrid model could make its way into the country, the question now is: “When?”