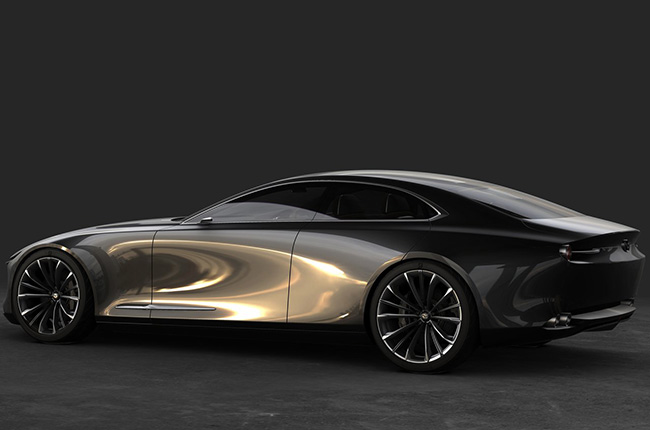 Talk about one-upping the competition – Mazda is developing an inline-6 engine to put into its cars, something that Toyota wasn’t able to do with the release of its new Supra in the rest of the world. Ironic, considering that Mazda, in the ‘90s, pioneered the use of its small displacement Rotary engines.

In its presentation titled ‘Fiscal Year 2019 March Results’, Mazda lets its investors take a peek on the company’s future plans and current strategies and situation, and apparently nestled in the text of the file are the words “Straight-six Skyactiv-X engine”.

Earlier this year, the Mazda3 made its rounds in other markets with the Skyactiv-X inline four creating a buzz for motoring journalists and enthusiasts. The power figures of the engine are finally revealed and it’s astounding to see a high compression naturally-aspirated engine rival the torque figures of turbocharged counterparts.

Because of the new crop of Skyactiv-X Mazda3s going on sale next month, what’s next for the brand’s bigger sedan comes into question. It is likely that the bigger engine will be placed in a bigger car such as the Mazda6 and other larger-sized crossovers that need the two extra cylinders to keep the sporting characteristics that Mazda has been pioneering for the longest time.

Toyota, on the other hand, has kept true to the Supra’s roots by putting a six-cylinder inline engine into its newest halo car, with a catch. The engine did not come from Toyota themselves, and it is common knowledge that BMW partnered with the Japanese manufacturer to produce the new Supra. So the new sports car isn’t exactly a Toyota anymore like back then. The development of a new engine would have pushed back the release of the Supra’s next generation by a few years, not to mention that it would have created a budget concern within the company, seeing as the brand is also funding multiple projects such as its own version of the Nürburgring in Japan.

It is a bit odd to see that Mazda, of all companies, is getting to work and developing a straight six for its cars. It’s funny to note that Toyota, who needs an engine to put into its car, has opted to partner up instead of developing its very own engine that would give the halo car a character that is unique to the Toyota brand. Instead, the BMW roots shine through even to the interior of the Supra.

The inclusion of Mazda’s inline-six engine brings a lot of excitement to the table. It will likely be naturally aspirated, devoid of any form of turbocharging probably, and will boast similar levels of performance to boosted engines since Skyactiv-X is engineered in such a way that takes advantage of modern technologies and developments such as the Spark Controlled Compression Ignition (SCCI).