From the 1990s up to 2012, Mazda was best known for powering its sports cars with the Wankel Rotary engine. The rotary engine is small in size and does not deliver a lot of torque, but, it made up for it with a high rev range, silky smooth power delivery, and unique engine noise. Fans loved the rotary engine for these traits and they loved Mazda even more as Mazda was the only one willing to put the rotary in production cars. Mazda first put the rotary engine in the Cosmo Sport in 1967. With its small size, light construction, and high-revving engine, the Cosmo Sport set the standard for Mazda’s rotary-powered sports car. In 1985, the Mazda rotary reached worldwide recognition with the second-generation Mazda RX-7, and later, the FD Mazda RX-7 which was featured in movies, videogames, and other automotive media. In 2020, with the release of Mazda’s very first electric vehicle, the MX-30 EV crossover, we thought that the rotary engine was consigned to the history books, until now. Mazda has recently announced that the iconic rotary engine will make a comeback as a range extender for the MX-30 EV, but with a twist. The rotary engine that will be fitted onto the MX-30 will not drive the wheels of the car, instead, Mazda is using it as a power generator for the MX-30’s 17.8 kWh lithium-ion battery. On its own, the 17.8 kWh battery can provide an extra 85 kilometers to the standard 161-kilometer range of the MX-30, with the rotary providing extra juice, the battery range can be extended up to 600 kilometers, a big improvement and a lifesaver for those with range anxiety. If you’re disappointed with the news that the comeback of the rotary engine is just as a range extender for a crossover PHEV, you can take comfort in the words of Mazda Vice-president Kota Matsue who say that engineers over at Mazda still dream of putting a rotary engine in a sports car. 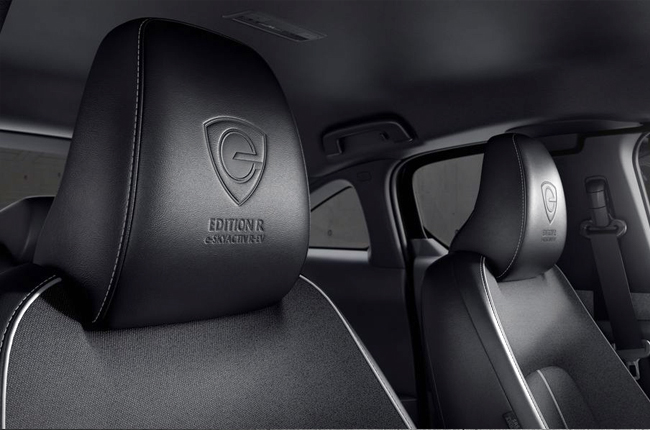 For now, the Mazda MX-30 is not on sale in the Philippines, and the Skyactive R-EV version has only been recently unveiled for the European market.  We’ll see in the future if Mazda plans on bringing the MX-30 PHEV to the country.