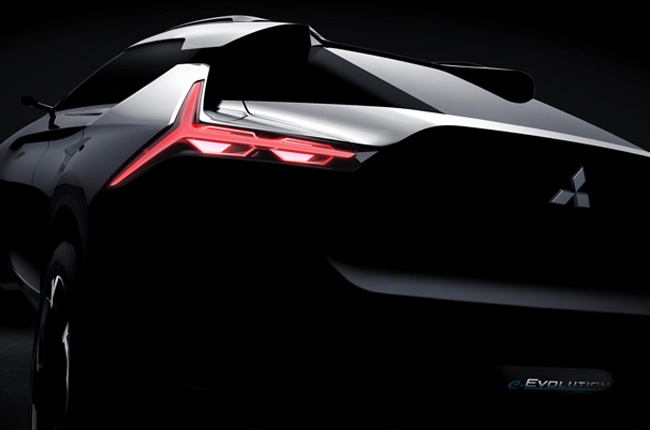 The Mitsubishi Evolution is making a comeback but, it will not be the Evo that we used to know. It will be revived as an electric-powered SUV. Yes, an SUV.

Mitsubishi Motors Corporation (MMC) is set to debut the e-Evolution concept at the 45th Tokyo Motor Show next month. According to MMC, the said concept represents the brand’s “new era of long term growth and sustainable development.” In case you forgot, MMC is now part of the Renault-Nissan Alliance. This was formally announced last year when Nissan acquired 34% stake of MMC.

Of note, the Evolution is the 2nd Mitsubishi nameplate that has been resurrected by the company. The first would be the Eclipse, bearing the name of Eclipse Cross, which is a compact SUV. This move confirms reports dating as far back as 2015 where it stated that MMC will focus on developing new SUVs, crossovers, pickups, and electric vehicles. Another thing worth mentioning is that Renault, Nissan, and Mitsubishi are set to accelerate collaboration on developing common platforms, powertrains, electric-, and autonomous-vehicles.

As of this writing, details regarding the e-Evolution concept are limited. However, we do know that it will come with a 4-wheel drive system, an electric powertrain, and an advanced artificial intelligence technology.

In terms of the exterior, the teaser image suggests that it has an SUV coupe shape along with sharp character lines, bulging fenders, and aggressive taillights.