The newest Lamborghini Aventador SVJ, which hasn’t officially released yet, has already showed off its aggressiveness at the legendary Nürburgring track, kicking the Porsche 911 GT2 RS down the throne. With a lap time of 6:44.97, the Lambo gone wild and set over two seconds quicker than the 10-month record holder that has only 6:47.3.

With its official driver Marco Mapelli behind the wheels, the upgraded Aventador SVJ is confirmed to be integrated with the Italian marque’s Aerodynamica Lamborghini Attiva (ALA) or active aerodynamics. This new system enhances the airflow around the vehicle, which then alters the downforce depending on the driving situations, reduces drag on straights, and increases cornering speed. These improvements made a huge impact in the supercar’s overall performance. In fact, this latest iteration of Aventador has performed way better, with full 15 seconds faster than the Aventador SV’s lap record back in 2015. 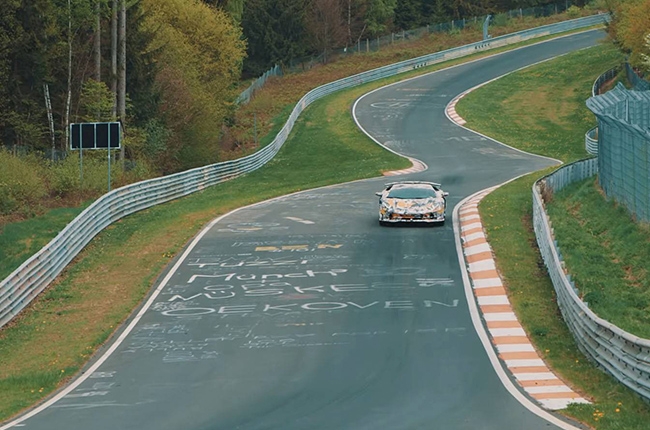 Another contributing factor in the new Aventador’s feat is its design, which now comes with an all-new titanium exhaust, rear wheel steering, and stiffer suspension. Well, the exhaust is just aesthetics, really. Its set-up has also been re-engineered for better four-wheel drive system and a specifically-developed Pirelli P Zero Corsa tires come standard, while P Zero Trofeo R Tires come as an option. The Italian automaker also noted that the Aventador SVJ is built to feature higher power output with lightweight materials, resulting to the best weight-to-power ratio of only 1.98 kilograms per horsepower.

Although not spilling the full and exact details, teasing us with this notable hints only shows how the Aventador leveled up in a span of three years. The Aventador SVJ is set to be launched at the 2018 Monterey Car Week in August. Meanwhile, here’s the full lap video of the newly-hailed Lord of the ‘Ring: