Volkswagen arrives at this year’s North American International Auto Show (NAIAS) with the I.D. Buzz concept. With a similar-but-modernized design derived from the iconic Microbus, or Kombi as known by some, the I.D. Buzz concept is an electric recreation of the older icon.

The name “I.D.” stands for “Identity, Idea, Individual, Intelligent, and Iconic Design,” while “Buzz” is a wordplay for the word “bus,” of which also pertains to the silent buzzing sound of the driving system. 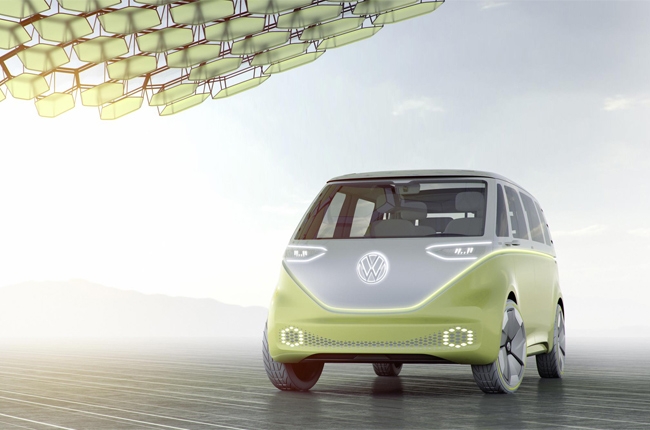 Evident on the I.D. Buzz concept is the distinct detailing of the two-tone color observed on its predecessors. However, the big, round headlamps present on the original Microbus is transformed in a meaner, and more modern LED headlights – similar to the I.D. presented at 2016 Paris Motor Show. Moreover, the front end of the Buzz features a wraparound ambient lighting, which gives a “V” light signature at dark surroundings.

Yet, Volkswagen’s Head of Design Klaus Bischoff emphasized the distinction of the concept from the old Microbus saying, that the car is not a retro design in 22-inch wheels but a product of the next-step development. Meanwhile, the cabin features wooden flooring and an adaptive seat rail system, where seats can be unlatched and rotated facing rear. Mid-row seatbacks of the second row seats can also be folded to function as tables, while the third row could be transform into a bed. In the driver area, a touch-sensitive steering wheel, complete with augmented reality heads-up display, gives an impression of a sci-fi movie vehicle.

More so, the Modular Electric Drive Kit (MEB), the concept’s basis, provides a better space utilization in the I.D. Buzz concept. With the extended MEB-XL platform, the Buzz offers a remarkable spacious interior, with a wheelbase of 3300 mm. 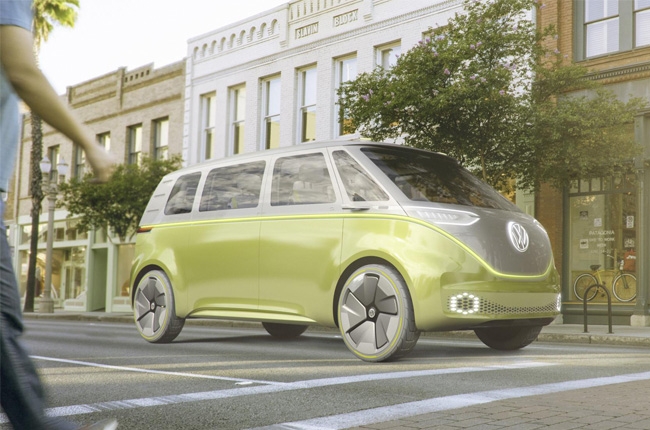 The I.D. Buzz concept is powered by 2 electric motors which delivers a combined output of 369 hp in a 600 km driving range. Volkswagen claims that the concept can go from 0 to 97 km/h in about 5 seconds. It is also equipped with a 111 kWh battery, which can be charged to 80% within 30 minutes.

Details regarding production of the I.D. Buzz concept was not made clear by the German automaker. However, the concept itself could mean that the Kombi is making a comeback.