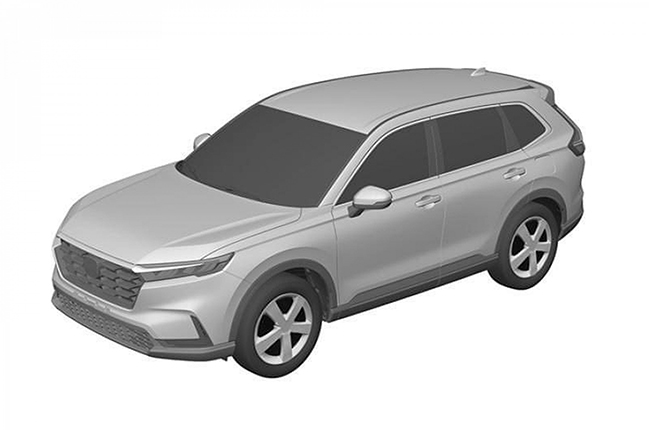 The current version of the Honda CR-V that is available in the Philippines has been around since 2017. While it has already undergone a light facelift, it's at the right age for a new model to replace it. Honda hasn’t released any official statement yet as to when it plans to release the new generation of the CR-V, but what we do know is that the Japanese automaker is busy updating its global lineup of vehicles. This is evident from the recently launched Honda Civic and the new HR-V which has yet to make it to the Philippine market.

While Honda has been quiet with regards to the CR-V, patent images for the supposed next generation of the vehicle have been leaked online.  If the image is a legitimate one it could give us a hint as to what the brand’s popular crossover could look like in its next iteration.

What can be seen in the images is that the new CR-V may come with a more SUV-like design with a couple of design elements looking similar to the Toyota RAV4 or Corolla Cross. The new crossover will likely come with a large grille at the front, which will then be flanked by two sleek LED headlights on either side. An accent piece may also be present in the production vehicle that may extend from the headlights across the grille.

While there are no images of the rear of the vehicle, it could very well likely come with the same design language as seen on its HR-V counterpart. With gas prices slowly increasing around the world we assume that Honda will release the new CR-V with a hybrid drive system or even with an EV model if the market permits.

As Honda has yet to make any official announcements with regards to patent image, we will just have to wait and see what they have in store in the coming months. Who knows? The launch of the new CR-V could just be around the corner assuming that the Japanese automaker already has several prototypes made.