It seems that Nissan has had a very busy and productive year for 2018, and it’s all in the effort of going green and future mobility. 2018 might as well be called the year of the Nissan Leaf, as it certainly was a big time for Nissan’s next-generation electric vehicle. According to the Japanese manufacturer, “The future of mobility is electric, connected and autonomous”, and nothing paves the way for such a vision than producing the world’s first mass-produced electric car.

Related: Nissan isn’t stopping with the Leaf — to produce more EVs by 2022

To date, the Nissan Leaf has enjoyed close to 400,000 sales, all contributing to Nissan’s plan of putting more than 1 million electrified vehicles on the road by 2022. A lot has been done in a year, and Nissan wants us to take a look at the year that was, and how the Leaf has played a huge role in making EVs more accessible than ever. At the closing of 2017, the automotive world waited eagerly for Nissan’s next step towards an electric future, and the new Nissan Leaf would be launched in late September to the world. The technology and leadership of Nissan in this future industry would mean that the Leaf would win numerous awards, such as the 2018 World Green Car award at the New York International Auto Show. Not only was it electric, but it also showcased the latest in Nissan Intelligent Mobility. All these qualities made the Leaf a poster car for the automobiles of tomorrow. In February of 2018, it was announced that the Nissan Leaf would reach several countries within our region, such as Australia, Hong Kong, Malaysia, New Zealand, Singapore, South Korea and Thailand, with purchasing to be scheduled for 2019. 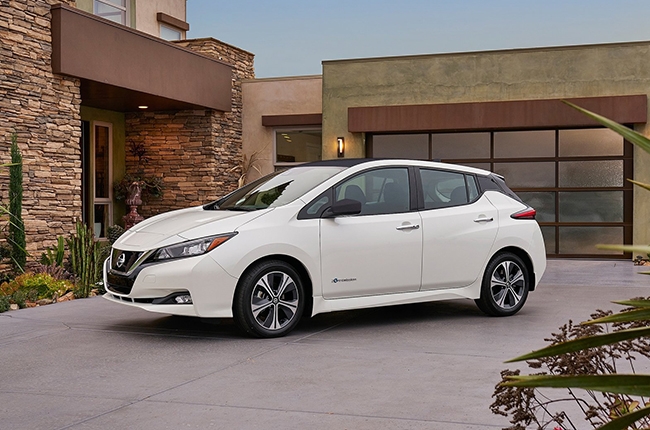 The sudden realization and desire for various markets to move towards electrification is the main factor as to why the Nissan Leaf will be making it to our part of the world. According to a Nissan study, 40% of Thai consumers were open to buying an electric vehicle as their next car. In July of 2018, at the Philippine Electric Vehicle Summit, it was said that 3 in 4 customers in Philippines would consider buying an electric vehicle as their next car if government incentives were in place. In August of 2018, Nissan and The Metropolitan Electric Authority of Thailand sign an agreement to work together to ensure that infrastructure and charging options are in place in preparation for the new Nissan Leaf in 2019. This collaborative effort will focus on service tools, technical skills training, and charging equipment development. In the following months of November and December of 2018, pre-orders for the Nissan Leaf are being accepted in Korea and Thailand, with the rest of the region to follow, slowly but surely.

Nissan ends the year on a high note, bringing in a taste of the future into new markets, and opening opportunities for the development and acceptance of electrification for years to come. And while there has been no official word on when we’ll get our share of the Nissan EV pie, we can be sure that 2019 might hold a few surprises, and we’ll be seeing EVs play a bigger role in our local transportation networks. At least, that’s what we’re hoping.