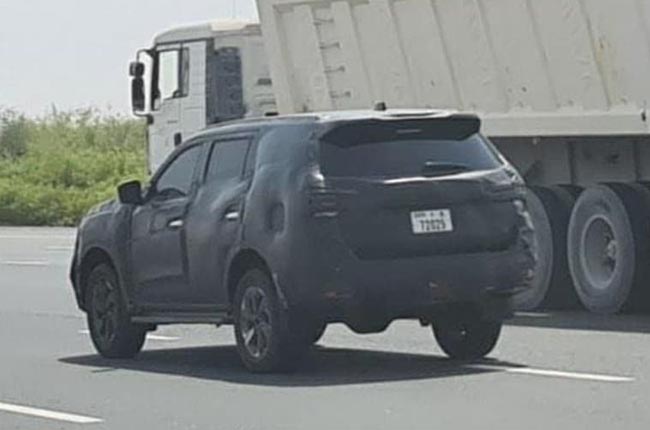 Originally making its debut back in 2018 the Nissan Terra has become a popular choice among SUV buyers in the Philippines. Fast Forward to 2020 and the Japanese brand has given its 7-seater SUV a slight refresh with a new grille, updated taillights, and an update to the infotainment system. Just two years into its model life cycle and a minor refresh later, it looks like Nissan is already planning for the Terra’s next big update. Photos have surfaced online that appears to be the 2021 SUV. Originally posted on a Facebook Group called “Terra Club Thailand” as well as on Instagram from kurdistan_automotive_blog, the camouflaged SUV has been seen undergoing testing on public roads. 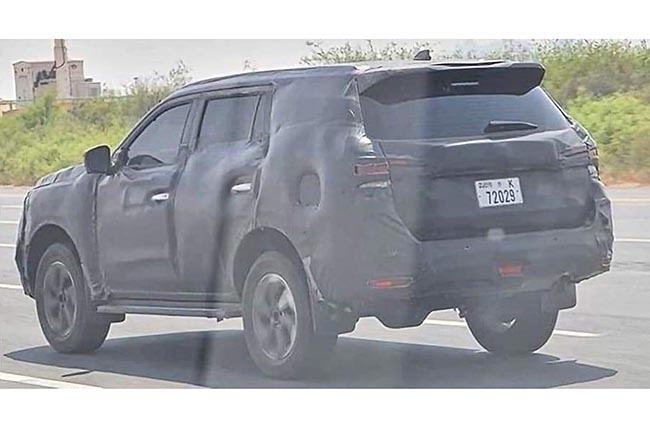 Thanks to the camouflage, however, it's hard to see exactly what Nissan has done to update the 2021 Terra for the automotive market. However, what we can tell from the very limited information available is that the Japanese brand’s popular model may come with a new thicker exterior. Based on the limited information that the photos show the rear bumper of the vehicle seems to have gotten a rework, as well as getting a new centerpiece for the tailgate, and a new rear spoiler. The taillights also seem to have a new and different look compared to the current version being sold.

The doors may also be getting a redesign, however, it's unclear if this is legitimate as the vehicle in the photo has fake body cladding attached to it. Aside from the new possible changes, we could see from the photos nothing else is known.

There are no photos of the other parts of the possible Nissan Terra and due to this, we don't know what exactly the refreshed vehicle will look like from the front. However, we might have a clue from the video that the Japanese brand released last May. The short video revealed that they will be bringing in 13 new models in the next 18 months. Included in the teaser video are the side profile and a quick glimpse at the front of the Terra. Based on the teaser video and the spy shots the new Terra may now come with a design similar to that of its bigger brother the Nissan Patrol. It appears that the redesigned SUV will now come with a new set of LED daytime running lights as well as redesigned headlights.

It is still unknown if it will still carry Nissan’s V-motion grille or a derivative of what is currently seen on the Juke and the all-new X-trail. Despite the ongoing pandemic and with 6 months remaining in 2020 it appears that Nissan wants to make its presence felt with the eventual launch of the updated Terra for next year. With the Japanese brand already releasing new models such as the X-trail and Kicks in other countries this could mean that Nissan is gunning to end the year on a high note.

Get Notified About Nissan Terra News