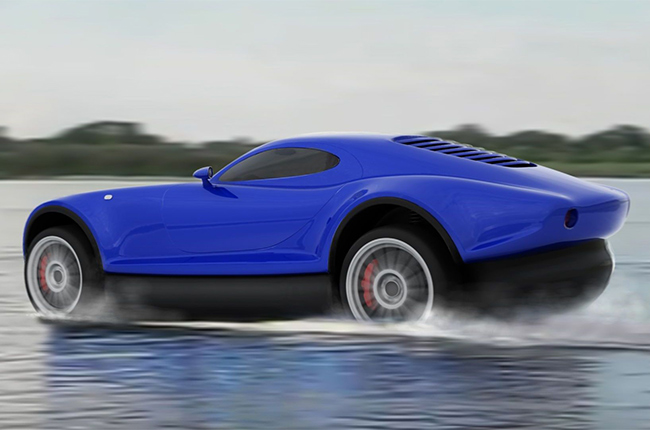 While many prototype flying cars have been reaching for the skies, a certain startup from Russia called Yagalet has been reaching for, er, a few inches off the ground? If you’re thinking along the lines of a hovercraft, then you are on the right track. A group of Russian companies and specialists led by Vitaly Ivanov is developing a high performance car - that hovers.

Dubbed the Yagalet Prototype 2.0, the vehicle features aerostatic unloading (technical term for air blown to separate two surfaces, in this case, the vehicle from the ground) to lift it from the ground and allow for traversal of any surface. Height from the ground is only limited by how tall the flexible shield (that represents the lower part of the hull) is and the air gap which is caused by an injection unit. There are more applications, as well, as this could in essence be a vehicle not hindered by impassable terrain such as swaps, ice, and water. Since this is essentially a wheeled vehicle with hovering capabilities, no special piloting skills or flight license will required. Imagine encountering traffic on your usual commute, only to have the option to hover over the Pasig river to get into Mandaluyong? Nifty stuff. Waterways and canals are now alternate routes to bypass city traffic.

The startup is positive that shifts in trends will favor them in the future, citing that experts believed many years ago that crossovers were a niche product and would be too expensive to acquire, yet is now one of the biggest automotive segments in the world today. This is a new category of vehicles, and one that the Yagalet wants to start as soon as possible. There are also plans of creating an SUV, a minivan, and even a floating house.

No actual technical data and performance numbers have been given as of this writing, but the startup has announced that they are ready to accept external funding. Who knows, as technology gets better, cheaper, and easier to create, a hovering car parked in your garage may not be that far from reality.