While the spotlight is currently angled towards the recent debut of the all-new Toyota GR 86, Subaru has been reportedly teasing the BRZ with a range of accessories and STI performance parts for the coupe.

Related: Toyota officially debuts the new GR 86 to the world In conjunction to this, the brand has already been accepting orders for the new BRZ in Japan. While for those buyers who find the sports coupe a bit mild or doesn’t look as aggressive as it should, the land of the rising sun is lucky enough to have the all-new Subaru BRZ made available with a range of accessories and STI performance parts which should serve as factory add-ons. Other bits and pieces include the performance exhaust system, although there was no confirmation if this upgrade boosts the horsepower figure when compared to the stock setup. Surprisingly, the US-spec model’s 2.4-liter engine packs less power compared to the JDM-spec BRZ that produces 232 hp. That’s about four horses more than the second-generation model in America. 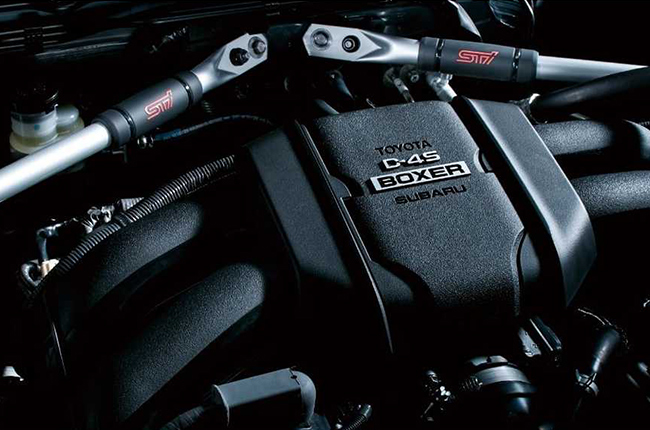 Lastly, opening the hood will reveal its boxer engine, in order to sharpen up the handling and improve the overall rigidity of the car, Subaru is also offering the JDM-spec BRZ with a flexible V bar which can be ordered at an additional cost.

With this, perhaps, Toyota could also offer the all-new GR 86 with the same range of factory upgrades in the future. While the Philippine market still has the outgoing model for sale, the second-generation could possibly be one of those vehicles that Subaru Philippines has planned to launch this year. If so, then the brand might also bring in this optional accessory package. Let’s cross our fingers altogether, shall we?