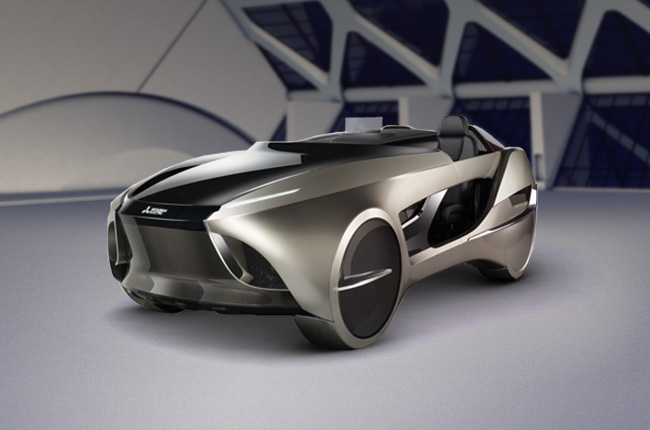 Mitsubishi Electric unveiled a concept car dubbed as EMIRAI 4, an open-top 2-seater electric vehicle. From the looks of it, it seems that EMIRAI 4 came straight out of an X-Men movie, however, we don’t know if Professor X approves the concept car’s “next generation driving-assistance technology.”

Set to make its debut at this year’s Tokyo Motor Show, the EMIRAI 4 was developed from 3 specific fields of research: electrification, autonomous driving, and connectivity. As such, this concept car will have a Human Machine Interface (HMI), as well as a driver sensing and lighting system.

The HMI will include a heads-up display with augmented reality and a knob-on display that operates pretty much like Mazda’s Commander Control. It also has this feature called the Crossed Image Display, which in essence provides 3D images of the environment around the vehicle in a LCD panel. Meanwhile, the Driver Sensing makes use of a wide-angle interior camera to monitor both driver and passenger’s heads for potentially dangerous driving behavior. Aside from that, this system will manage air condition settings. It will also provide a safe and smooth transition every time the driver switches from automated driving to manual.

The Lighting System, on the other hand, will use in-car sensors to detect when the door is about to be opened. It then activates a light that illuminates the road surface to alert approaching/nearby vehicles and pedestrians that a door will open

The 45th Tokyo Motor Show will be held at the Tokyo Big Sight exhibition complex on October 27 to November 5, 2017.