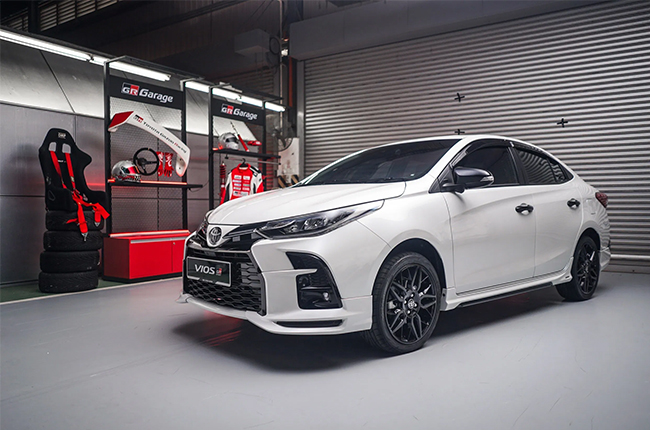 Toyota Motor Philippines, during its press conference for the Toyota Vios GR-S launch, announced that it would be adding a new feature to its dealerships in the country. The new feature being the Gazoo Racing Corner which will showcase Gazoo Racing - Sport (GR-S) related accessories for the brand. This means that those who want their vehicles to look like the sportier GR-S variants will soon be able to do so. Toyota has even specified that GR-S accessories will not be locked to the GR-S variants, but will also be available for the normal, non-GR-S models in the country. An example of this would be for those who own a regular Toyota Vios, they can make their vehicle look like the GR-S model just by buying and installing the GR-S-related accessories.

It is important to note that Toyota has yet to release a complete list of GR-S accessories that it plans to sell in the country. However, we assume that these parts will be similar to those found in the GR-S Vios. The Japanese brand could also bring in GR-S parts for its other models in its local lineup, however, no official announcement has been made. Given that Toyota has GR-S-related variants in other neighboring countries, we assume that accessories for the Toyota Fortuner, Toyota Hilux, and the Toyota Corolla Altis are on the way. The Gazoo Racing corner could also point to the introduction of other GR-related models such as the GR Yaris, however, like its accessories list, this has yet to be officially confirmed. The move to add the Gazoo Racing Corner to its dealerships goes in line with the brand’s goal of spreading the “Waku Doki” experience. “Waku Doki,” roughly translating to “heart-pumping excitement,” has been one of the brand’s latest campaigns, as Toyota has announced that it plans to bring back the Vios Racing Series as well as the online GR Supra GT Cup. With motorsports-related events planned for 2021, the introduction of the GR Corner makes sense, as the brand wants to showcase the performance and sport side of its models in the country.