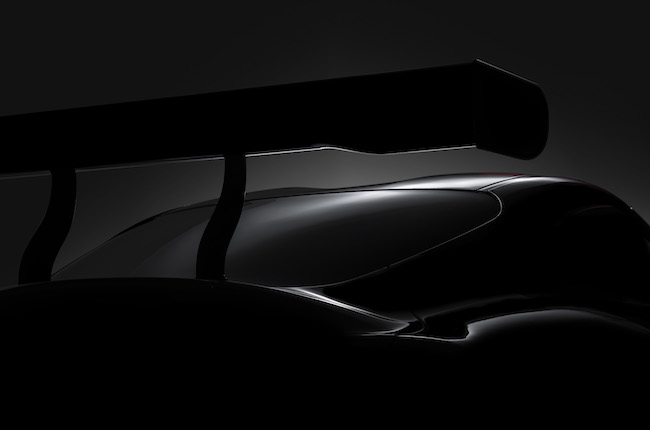 Toyota just dropped a subtle hint at what seems to be the return of their legendary sports car.

Based on the teaser photo, it sure looks like the rear end of the alleged Toyota Supra seen at the Nürburgring last year. From what we know so far, the rumored Supra will be sharing more than just the platform of the BMW Z4. Rumors abound of inline-six cylinder engines with different tunes that will push 350 plus horsepower, and a carryover eight-speed automatic transmission from the Z4.

Related: Cars that were gone too soon (and we wish to come back)

Not much info to go on at this point, but from the teaser photo, that wing is straight off of a racecar. Could it be that the car will be unveiled as a competition version first, then the production model will follow in the coming months?

The Toyota Supra was a highly acclaimed grand tourer that ran from 1978 and 2002, and always featured an inline-six cylinder, straight from the equally iconic Toyota 2000GT. Having competed successfully in various forms of motorsport, the Toyota Supra has also been featured extensively in pop culture, with a huge following even to present day.

We’ll have to wait for the sixth of March during the 2018 Geneva Motor Show to find out, as Toyota reveals their big surprise.