In celebration of the Volkswagen Golf GTI’s 40th birthday and its illustrious racing career, the German automaker recently unveiled a race-ready version of the popular hot hatch. Known as the Golf GTI TCR, this pocket rocket is set to battle in this year’s TCR International series.

This machine was designed and developed by Volkswagen Motorsport in Wolfsburg, Germany. While the red grille strip and GTI badge do warn of something powerful beating within, the way engineers designed the rest of the car is just as stunning. Take for example the front end. Aside from that huge splitter, the bumper also has those enlarged intakes to scoop more air at high speeds. The side profile presents a hunkered-down stance and a set of 18-inch racing wheels. As for the rear end, a huge carbon rear wing dominates. This is complemented by an aggressive-looking bumper with twin exhausts.

Since the TCR is built for serious competition, Volkswagen didn’t compromise in providing the driver with safety features. These include a racing harness, a racing seat with head protection, safety roll cage, and a safety fuel tank approved by the FIA. 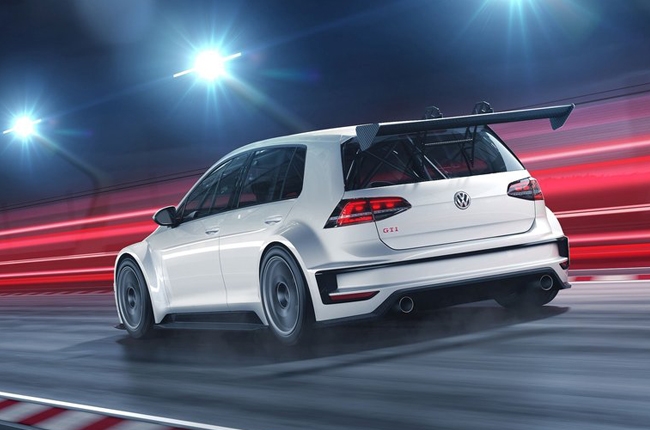 Volkswagen made just 20 copies of this race car. Since some teams in the TCR International series are consumer-based, all 20 have been spoken for. But worry not as they also made a production model called the Golf GTI Clubsport.  It’s the most powerful GTI on the road today at 265 hp. One neat trick off its sleeve is a boost feature that briefly ups the ante to 290 hp.

Things are looking great for the Volkswagen Golf GTI this year, and we are 1 with many in wishing for its success on and off the track. Will the Clubsport find its way here in the country? It’s up to Volkswagen Philippines to decide on that one.

For more information about the Volkswagen Golf GTI, visit their AutoDeal Car Guide.