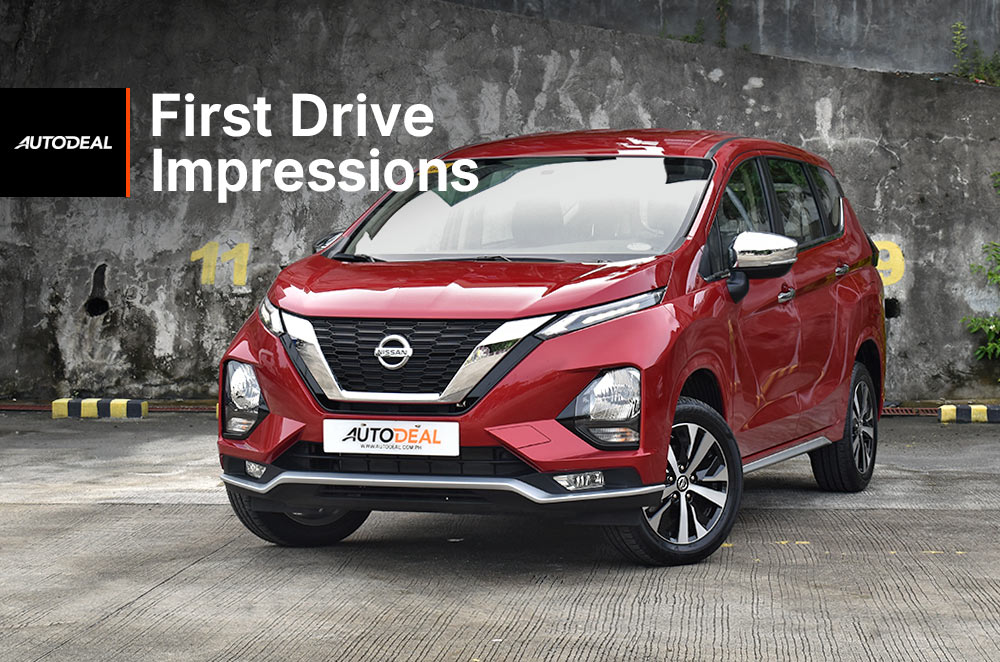 Spoiler alert, it drives like the Mitsubishi Xpander, but that’s not necessarily a bad thing. Nissan finally launched the Livina in the market and we couldn’t be happier. Since we first saw it back in 2019 on Thai roads, the model was always at the back of our minds. Finally, we have it three years later, but is it a little too late for Nissan to mount its attack on the MPV segment?

After a quick drive, here’s what we have to say about it. 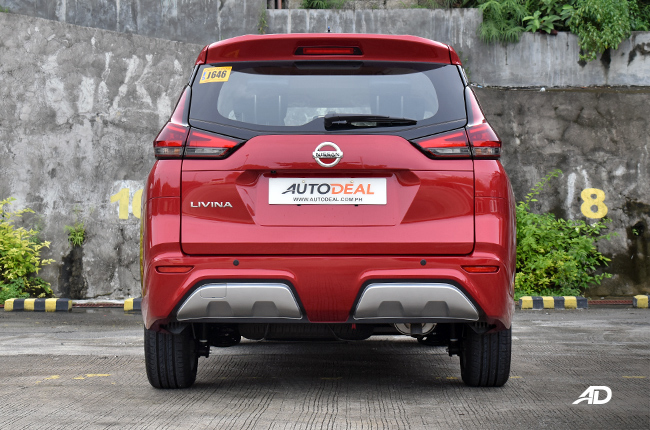 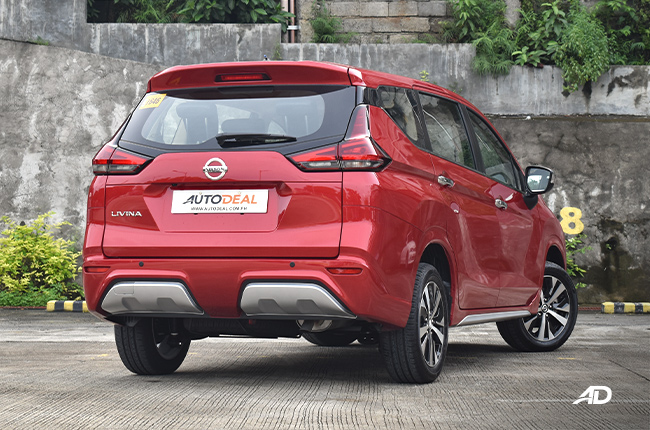 We have to mention the elephant in the room, and yes it is based on a Mitsubishi Xpander. However, you may mistake it for an Xpander if you weren’t paying attention. Nissan did just enough to differentiate it from the Mitsubishi, but all of the design hardpoints are the same as the Xpander's, which means that it has a very similar design.

The DRLs are positioned in the same spots as the Xpander, and the headlights are also positioned below them. At the bottom, we get the foglights, which could be the biggest difference between the two, especially with regard to the 2018 rendition of the Xpander which featured round fogs. The rear is also similar but if you zoom out of all the details, you will note that Nissan did enough to differentiate it from Mitsubishi’s design. The Livina is by far the smoother-looking model, whereas Mitsubishi sticks to their futuristic Dynamic Shield design. In a nutshell, the Livina looks more organic, with lines flowing through the body without too many cuts. It looks more approachable, especially with its front fascia. Stepping inside, you will note that it is indeed a rebadged Xpander, and again, that’s not necessarily a bad thing. You get a tremendous amount of space here with a lot of cubby holes and storage spaces for your stuff. You also get a nice set of leather seats in the top-level VL trim, which the Xpander doesn’t provide. Perhaps that is its biggest differentiating factor since the Xpander only comes with cloth upholstery in its top spec.

For features, it’s essentially all the same stuff as you would find in the Xpander. You get the 7-inch touchscreen infotainment system, a rearview camera for select trims, dual airbags, and the works. We’ll say this, for its price point, it’s enough to get the job done, however, that infotainment system is a load of work that we feel should have been improved upon by Nissan if they want to differentiate themselves further from the Xpander.

Apart from that, the interior is all the same as the Xpander before, but it looks like the Livina that Nissan got is from the pre-facelift Xpander, making it serviceable, but somewhat dated. 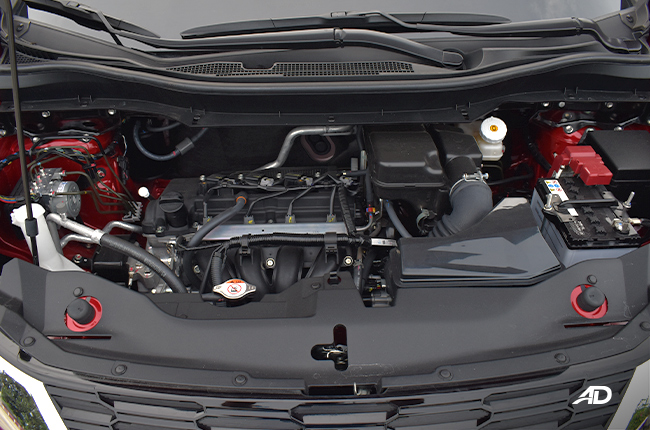 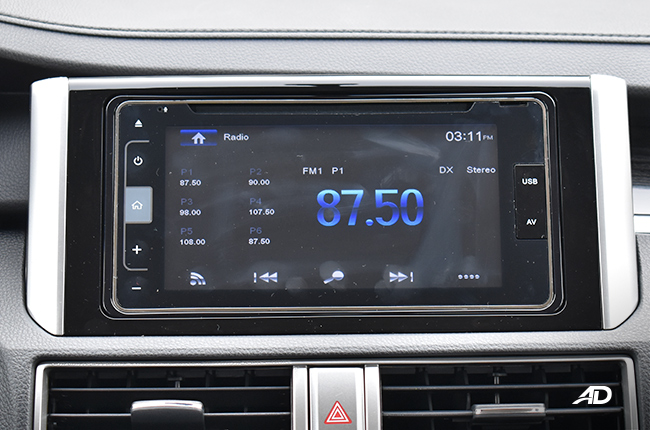 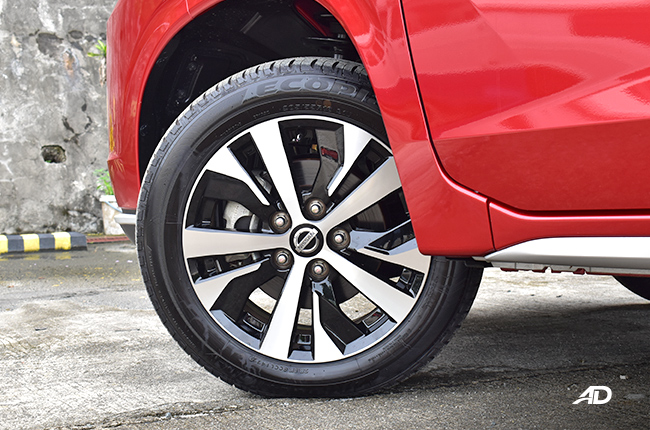 In a bubble without any logos, you will be forgiven for thinking that this model was the Xpander. Again, that’s not totally a bad thing. All the touchpoints are solid enough for the price point, but not premium-level good. As for the handling around town, just like its platform-mate, it’s more nimble than it seems. Steering is numb but light and easy so in-city driving is as simple as can be. At faster speeds, the steering is still light, but the feel is a bit lacking. The Livina will do well in tight city streets and urban areas.

Powered by a 1.5-liter four-cylinder engine, the Livina makes 103 hp and 141 Nm of torque. Those figures are rather low if you’re looking for an exciting drive, but it’s just enough for a daily driver. The engine and transmission are responsive enough for stop-and-go city crawls, and based on our experience with the Xpander, it’ll get you up to highway speeds eventually. The engine and transmission combo aren’t the most cutting-edge in the market, but it’s enough. If anything, it’ll be about as fuel efficient as the Xpander, so you’re in good hands. As it stands, initial impressions indicate that this is a Mitsubishi Xpander with a twist. While that may be a bad thing, Nissan Philippines will need to set the Livina apart. There, that will be an uphill climb considering that a big chunk of the market is very familiar with Mitsubishi’s seven-seater.

However, at P1,209,000, it’s a bit of an ask for the VL variant, perhaps more value can be extracted in the VE variant or even in the E or EL trims. The jury is still out whether the Livina will corner the market of the Xpander considering that it is priced so similarly. If you really aren’t in love with the looks of the Xpander and if you really love the interior space that it brings to the table, then perhaps Nissan’s alternative is the best choice for you. Consider a test drive, but don’t forget to spend time with in in the showroom interacting with the interior. 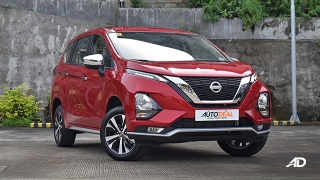