If there’s one piece of advice that I would give the Volkswagen Tiguan, it would be this – be yourself, no matter what they say. These resounding words from Sting’s Englishman in New York are perfectly applicable to this German compact crossover. People regard it as a plain-looking vehicle, but after spending time with it, I know—and I’m willing to stand by this next statement—that this car is no pushover, and definitely not an ordinary car.

Performance
Engine Output (HP), Acceleration, Transmission, Handling 4.0/5
Design
Exterior & Interior Design, Quality, Fit and Finish, Ergonomics 4.0/5
Ride Comfort
Cabin Comfort, Suspension, NVH Insulation 4.5/5
Safety and Technology
Convenience Technologies, Active and Passive Safety Features 4.0/5
Value for Money
Amount of the vehicle you get for the price, Fuel Efficiency 4.5/5
What You Will Like
What You Won't Like
How We Do Our Reviews 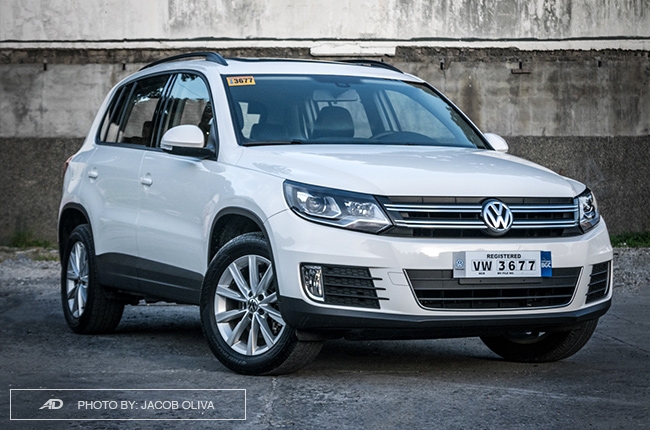 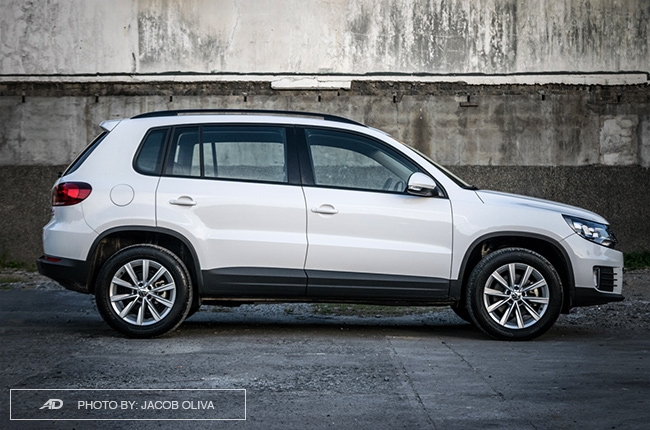 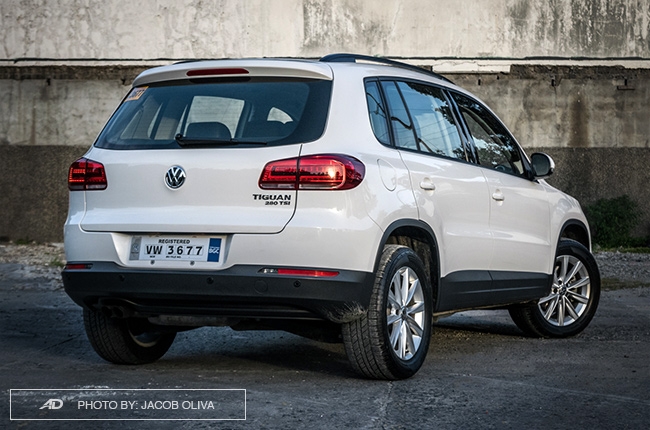 The Tiguan, in its TSI Comfortline guise, looks good in its own way, but I would agree with most people saying it’s vanilla, and the Polar White paint of this review unit doesn’t help either. The horizontal grille, straight character lines, and unembellished styling tell you that the car doesn’t care about how progressive the other brands’ designs have become. Or, as Caco puts it with his review of the Santana: it’s no drama.

This design direction actually makes VW stand out among the rest, which is quite advantageous. It’s like standing out without actually doing so. Simply put, when everyone tries to be different, being plain becomes different, and that’s a good thing. 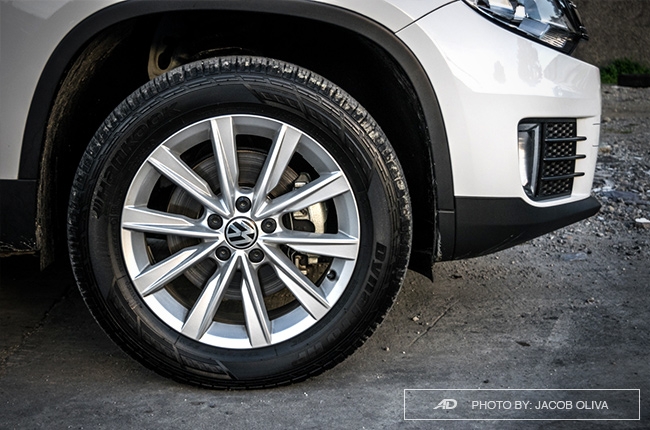 Underneath the straight-up styling is a host of modern features that you’ll thank VW for. These include the automatic Xenon headlights, static cornering lights, LED taillights, and fog lamps, which are functional and convenient as they’re aesthetically appealing. Other exterior equipment in the Tiguan are rain-sensing wipers, heated side mirrors, dual exhaust pipes, and the 17-inch alloys. There are no daytime running lights, but that’s not hard to live with.

Looks will always be subjective, but in the case of the Tiguan, I adore it and VW couldn’t be any righter in employing a timeless design to this compact crossover. 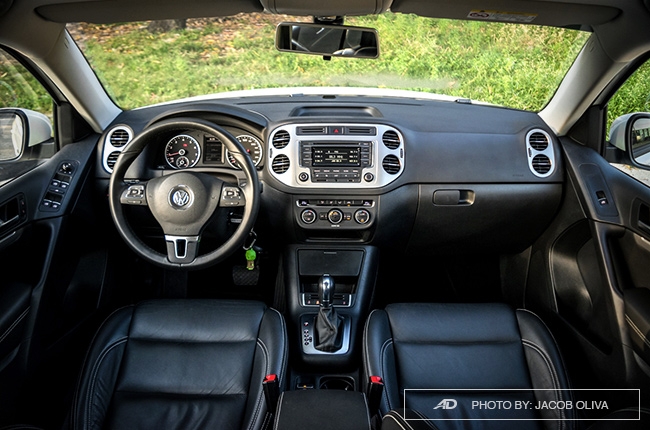 While the Tiguan’s exterior is on the safe side, its cabin is a much level higher, with a combination of plush materials like supple leather and soft plastics. With one look and touch, I can immediately tell that these materials will age gracefully.

Although the straightforwardness of its exterior design is also observed on the dashboard, which makes familiarizing with the Tiguan’s controls as easy as 1, 2, 3 – save maybe the cruise controls, which are located at the left-toggle stick by the steering wheel. It’s oddly different since most of us are more familiar with Japanese cars, but it’s something that’s easy to get used to. 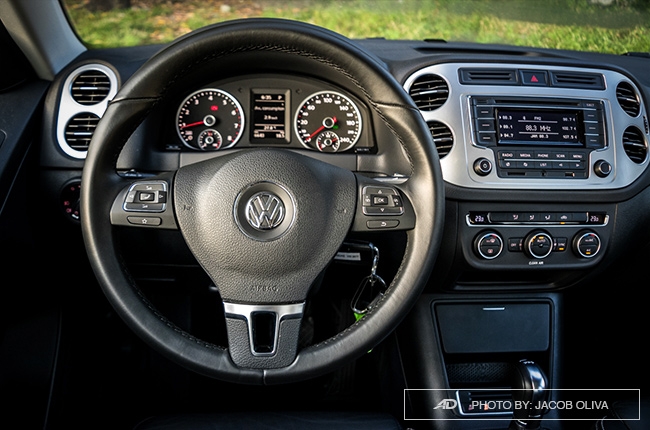 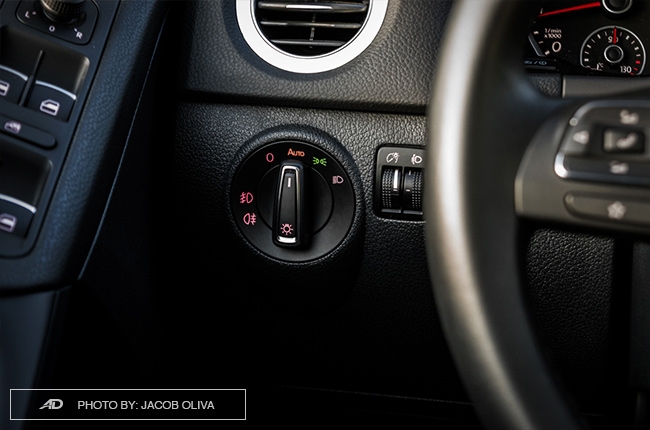 If touchscreen head units are your thing, you’ll be a bit disappointed with the Tiguan’s 2-DIN stereo at the center of the dashboard. I was in the same spot at first, especially with this car’s price point, but after tinkering with its controls, it isn’t really bad. It has Bluetooth connectivity for music and handsfree calls, while Apple users can plug-in their iPhones via USB and use it like an iPod – all done seamlessly. The eight speakers also sound really nice; even nicer than other cars with huge touchscreen infotainment systems. Of course, the lack of a display head unit would also mean lack of a rearview camera, but you’ll be fine with its parking sensors.

As the driver, you will also be showered with conveniences on top of the mentioned cruise control, automatic headlights, and rain-sensing wipers – the seat is power-adjustable and the electronic parking brakes (with brake hold) is heaven-sent to use amidst Metro Manila traffic. There’s also an auto start/stop feature, which I prefer to not use, and tire pressure monitor system. There are a lot of charging ports for gadgets, while the rear passengers are given a 220-V socket situated below the dual rear A/C vents. 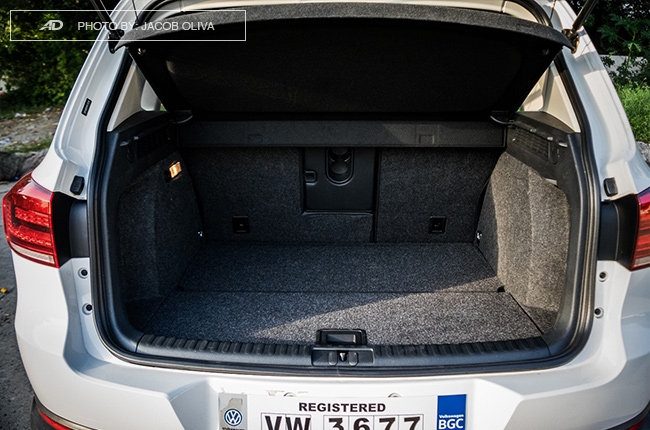 The ambiance inside the Tiguan is exemplary, brought about by the huge two-pane panoramic sunroof, roomy second row, and flexible seating adjustments. Paired up with the automatic climate control, soft suspension, and notable noise isolation, it’s easy to knock your passengers to sleep within hours of riding with you – it’s that comfortable.

The Tiguan’s cargo space is really immense when the second-row seats are erect, let alone when they’re folded to the floor and the trunk lid is removed. In fact, you could probably fit a full-size washing machine with this amount of space. What you’re looking at right now is Volkswagen’s 1.4L in-line turbo gasoline power plant with BlueMotion technology, and yes, that’s not a typo. The 1,395 cc of engine displacement might sound puny for a crossover of this size, but it really isn’t; at least when the turbo kicks in, and that’s where the Tiguan’s strength and weakness lie.

In bumper-to-bumper situations, the Tiguan was dragging itself without the help of forced-induction, almost hesitant to move forward from a standstill. This could also be blamed on the dual-clutch direct-shift gearbox (DSG), which, while can be very smooth and precise in straight-line drive shifting, wasn’t really made for unideal conditions such as heavy traffic flow. With this engine trait, the Tiguan was a bit of a drinker in snail-paced drives: 7.2 km/L at an average speed of 15 km/h. At speeds, like during wee hours and on the highway, the Tiguan rose up like an overachieving kid in your Chemistry class. The 148 horses start kicking in along with the forced-inducted air at around 1,800 RPM, providing an exhilarating amount of power on demand. The DSG was easy to deal with even in varying situations, allowing quick and abrupt shifting as needed, sending power to the front wheels without hesitation. With this engine performance, fast-paced drives at 60 km/h average clocked in 15.3 km/L, while highway runs with cruise control nailed at 90 km/h registered 19.6 km/L – not bad for a gasoline-powered car. Not bad at all.

Of course, as with most front-wheel-drive cars, there’s understeer especially at speeds, but it’s manageable and won't make you feel unsafe. The steering wheel felt dynamic, too. It’s light at low speeds, enabling easy maneuverability, while it also gets heavy during fast runs for a planted feel. Along with wide driving visibility, handling the Tiguan is a cinch on the city, the highway, and on provincial roads. 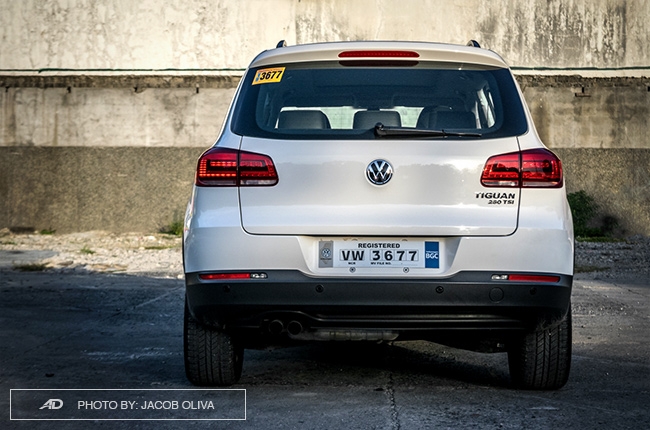 You know what the best part is? The Tiguan 1.4 Comfortline has a sticker price of P1,648,000. If you’re among those who have been eyeing this car since last year, you know that this is a huge decrease from its previous price tag. With all the things this car could offer, the Tiguan is one European crossover that’s definitely worth your consideration.