The Toyota Hilux, a pickup whose name is renown all over the world for being one of the hardiest and reliable workhorses for any task. From 1968 until today, the Hilux has garnered much praise thanks to its reliability. The Philippine iteration comes with improved looks over the previous generation, as well as more powerful engine options. The midsize is one of the, if not the best-selling pickup in the country today.

Its eight-generation debuted in 2015. Just recently, the midsize pickup had a refresh which features an improved look and uprated engines. This should further elevate the aging design of the best-selling pickup truck.

On September 12, 2020, the facelifted Toyota Hilux made its way to the Philippine market. The new model features enhanced looks while still retaining its tried and tested engine options including 2.8-liter and 2.4-liter turbo diesel engines. Two of the said mills could either paired with a 6-speed automatic or 6-speed manual transmission.

Based on the Toyota IMV platform that is shared between the Fortuner and Innova, the Hilux comes equipped with robust carrying capacity out of the factory. The chassis of the Hilux features double-wishbone suspension in the front and a rigid axle with leaf springs at the rear.

The updated Hilux is now available with a more powerful 2.8-liter turbo diesel, producing a healthier 201 hp and 500 Nm of torque. The 2.4-liter turbo diesel engine has also been uprated, with it churning out 148 hp and 400 Nm. Lastly, Both engines could either be paired with a 6-speed automatic or 6-speed manual transmission.

The Toyota Hilux features a responsive turbo-diesel engine that delivers power on demand. Acceleration is coupled with tight steering and precise handling for the city. Maneuvering around tight corners at low speeds is painless and safe thanks to the light steering. Ride comfort has been significantly improved in the top-of-the-line Conquest 4x4 AT variant compared with the G variant.

Fuel-economy figures for the Hilux Conquest 2.8 DSL 4x4 AT equate at 15 km/L while going 90 km/h on the highway. It's sort of similar to the 2.4-liter engine, though it's slightly worse. During testing, the combined fuel consumption of the range-topping variant gave us 8.35 liters per 100 kilometers.

This refreshed version of the Toyota Hilux also features an upgraded infotainment system which now supports Apple CarPlay and Android Auto, specifically a 6.75-inch screen for G and E trims while Conquest variants get a larger 8-inch display. The said feature is exclusive for the Conquest, G, and E trims. For added convenience, the screen can be manipulated through the steering wheel-mounted audio controls. All variants get a 6-speaker audio system while only the E trim gets 4-speakers. Moreover, all trims except the E variant get an automatic climate control.

Other necessary information of the vehicle can be viewed through the 4.2-inch  TFT multi-information display, which also helps maintains the driver's focus on the road. Conquest variants, on the other hand, get other convenience features like cruise control and a push-start system along with a smart keyless entry.

The long-withstanding nameplate received some much-needed flare when Toyota Motor Philippines launched the refreshed model. Apart from its new fascia which is somewhat reminiscent of the renown Tacoma, the new Toyota Hilux also gets a set of redesigned LED headlights, tail lamps, and fog lamps which should finely illuminate at night.

Non-Conquest variants of the Hilux, on the other hand, get multi-reflector halogen headlights. New set of wheels are also made available depending on which variant you get. While Conquest variants, get a number of rugged reinforcements like the new fender flares, special decals, and the blacked-out wheels. The Hilux has a total of eight color options, including the optional Emotional Red which requires an extra P20,000.

The interior of the Hilux has a healthy dose of dimensionality that can be found in the interior which is similar to other Toyota vehicles sharing the same platform. There are, however, subtler styling elements that can distinctly mark it as a Hilux.

Consumers can opt for the higher trims that come equipped with leather-wrapped seats, or opt for the cloth seats in the lower trims. Top variants can also come with automatic climate control as well as steering wheel audio controls. The gauge cluster is a twin-dial setup with a multi-function display in the middle.

The Toyota Hilux is a safe vehicle that features airbags as standard even in the most basic variant. Driver’s and passenger’s airbags are standard, but opting for higher trims will allow the user to be shielded by two front airbags, along with an entire plethora of side and curtain airbags, bringing the total to seven. Other safety features that the Hilux can come with are ABS with electronic brakeforce distribution, which is also augmented by brake assist, stability control, as well as speed sensing door locks. As usual, your mileage may vary depending on the variant that you choose.

The Toyota Hilux was able to get a  5-star rating on the ASEAN NCAP. It scored well when it came to adult occupant protection when it came to frontal impact, side-impact, and head protection technology. Child protection was no different with all excellent scores in the dynamic test, vehicle-based tests, and installation tests. The total score of the Hilux was 87.46/100 granting it a 5-start score. This makes the popular vehicle one of the safest pickup trucks on the road to date. It is important to note that a score of over 80 is needed to get a 5-star rating 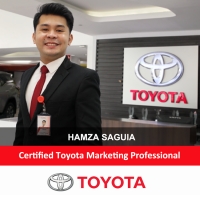 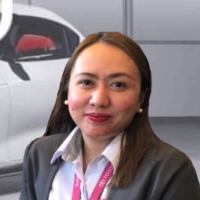 View the most compared cars versus the Toyota Hilux 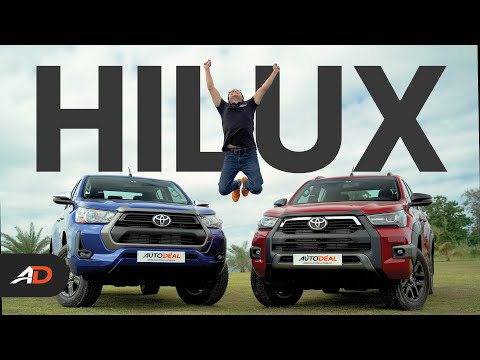 Read reviews from verified car buyers and find out from real owners what it's like to own Toyota Hilux.

Does the new Toyota Hilux use a new platform?

The refreshed Toyota Hilux still uses the IMV platform that it shares with the Toyota Fortuner and Toyota Innova.

Where is the Toyota Hilux made?

Toyota Motor Philippines gets its Hilux units from Thailand in the Samut Prakan plant.

What are the transmission options in the Toyota Hilux?

The Hilux comes with two transmission options, a 6-speed manual or a 6-speed automatic transmission. Depending on the variant with an automatic, the truck can come with paddle shifters.

What is the water-wading capacity of the Hilux?

The Toyota Hilux has a water-wading capacity of 700mm.

How high is the Toyota Hilux?

The Toyota Hilux is 1,700mm tall excluding the roof rails. It has a 279mm ground clearance.

Where is the Toyota Hilux assembled?

What engine does the Toyota Hilux have?

The Toyota Hilux has two diesel engine options in the Philippines – a 2.4L that's available in lower 4x2 variants and the 2.8L for the 4x4 trims.

What is the Toyota Hilux called in the U.S.A.?

The Hilux is called the Tacoma in the U.S., which is a series of midsize pickup trucks and light commercial vehicles.

Get Notified for Toyota Hilux Alerts