The Kia Stonic is the brand’s latest addition to its local lineup in the country. Kia Philippines launched the crossover back in October of 2020 to much success, as the vehicle quickly gained popularity thanks to its attractive price point, catchy tagline, and for its feature-packed model lineup. With a vehicle being so popular, here are a few things that we found to be the best features of the Kia Stonic during our time with the model. 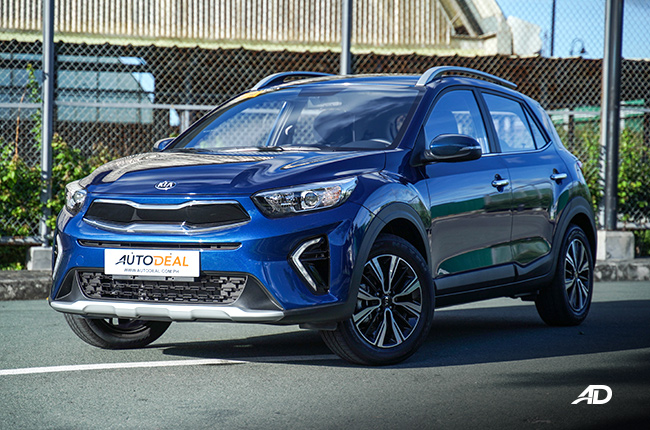 Launching with the tagline “Style that’s Iconic” and a catchy jingle as well, the Kia Stonic already had a recipe for success in the bag for the Philippine market. Like many other vehicles in the local Kia lineup, the crossover also sports the brand’s signature “tiger-nose” grille. The Stonic also does well to blend the aggressive and angular lines of the front with the more subtle and curvier sections at the rear. It also comes with an SUV-like appeal thanks to its high ground clearance of 185mm, which makes it great for rougher roads and the occasional light off-roading trip if needed. Kia Philippines has done well in pricing the Kia Stonic competitively. Even its entry-level model comes with features that even the top-of-the-line model has. An example of this would be the 8-inch infotainment system that comes with Apple CarPlay and Android Auto, a feature normally found on mid to high-tier variants of other models. In the case of the Kia Stonic, it is a standard feature across the lineup. Even the reverse camera is standard across the line for the South Korean crossover. With many standard features available even for the entry-level variant, it’s no wonder why the Stonic has become so popular. As previously mentioned, the standard 8-inch infotainment system is a strong selling point for the vehicle. During these incredibly tech-savvy times, having Apple CarPlay and Android Auto capabilities available with your vehicle is a much sought-after feature. The Kia Stonic delivers well on this premise as all models come with it as standard. This lets the user easily integrate their smartphone thanks to the plug-and-play functionality of Apple CarPlay and Android Auto. There is no need to go through a 3rd party application to connect your phone, simply turn on your Bluetooth and plug your phone into the vehicle via its USB port and the connection happens almost seamlessly. With its competitive price point, Kia has also done well in designing the interior of the Stonic. It comes with a no-muss, no-fuss layout with everything easily within reach. Its simple design is easy on the eyes while effortlessly introducing a mix of a few angular accents here and there to spice up the entire look. The silver accents around the center air vents and infotainment system help it stand out from the dashboard, while its circular air vents on either side of the vehicle also help accent the simple and functional design language. While the vehicle does have analog gauges, these are easy to read and clearly provide you with the information you need. Even the climate controls are also easy to use, as their layout isn’t made complicated,  and everything is placed where you expect it to be. While the Kia Stonic has a compact form factor, cargo space inside the vehicle is plentiful. It comes with 325-liters worth of space with all the seats up. This gives the Kia Stonic owner enough space for an average load of groceries. If you place the second row down, the space for cargo more than doubles in size, letting you add bulkier items inside. While the interior space isn’t class-leading, it fits well within the crossover’s competitive price range. The Kia Stonic delivers well in the comfort and driving department. The suspension and chassis of the crossover are one of the best in the segment, delivering a soft and pliant ride. Together they work well to dampen the effects of various bumps and potholes that you might encounter on Philippine roads.

For those who want a sporty crossover, the Kia Stonic scores great on this point as well. The steering of the vehicle is sharp, and the chassis is responsive despite its tuning for a softer ride. Its suspension handles the corners well, and its brakes are very responsive and give nice feedback when actuated. The steering of the vehicle is also precise and light, giving great feedback as to what the vehicle is doing if you’re taking it out on a spirited drive. At slower speeds, the Kia Stonic also comes with a pliant and easy driving experience, giving the driver a nice balance between great handling and a comfortable ride. 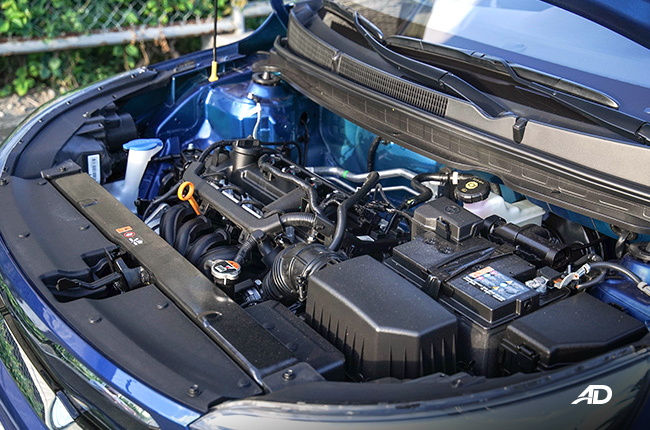 Under the hood, the Kia Stonic packs a 1.4-liter naturally aspirated engine. It produces 98hp and 132 Nm of torque, and shifts via a 6-speed automatic transmission that sends power to the front wheels. While not the most powerful motor in its segment, it delivers everything you need it to do, which is great for most applications. The transmission isn’t sluggish, as it still lets you have fun when you want to.

Where the engine truly shines is in the fuel economy area. Since the Stonic shares the same engine as the Kia Soluto, it comes as no surprise that the motor can produce great fuel efficiency figures. The Stonic, despite its bigger body than its sedan counterpart the Soluto, still manages 8km/L in city traffic and 18km/L on the highway, which is still great numbers for a vehicle of its body type and style.