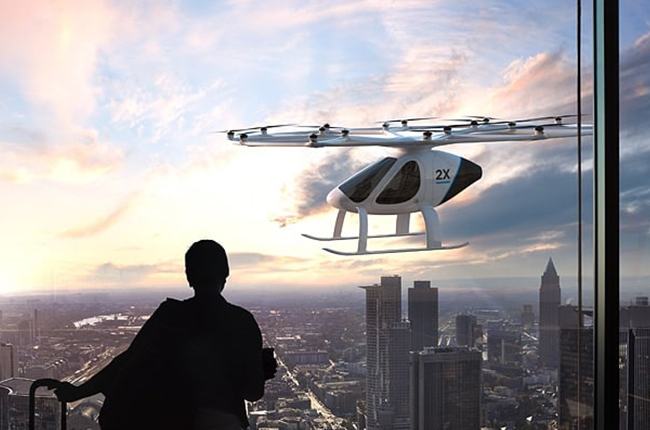 The 2018 CES has wrapped up with the reveal of countless cool new technologies. This exhibition, usually held at Las Vegas, USA, is filled with a range of automotive and gadget technologies that range from the most useful to the most bizarre.

Because of this, we keep our eyes wide open to the latest car features that were presented during CES. Here’s our shortlist of these potentially game-changing car tech features. 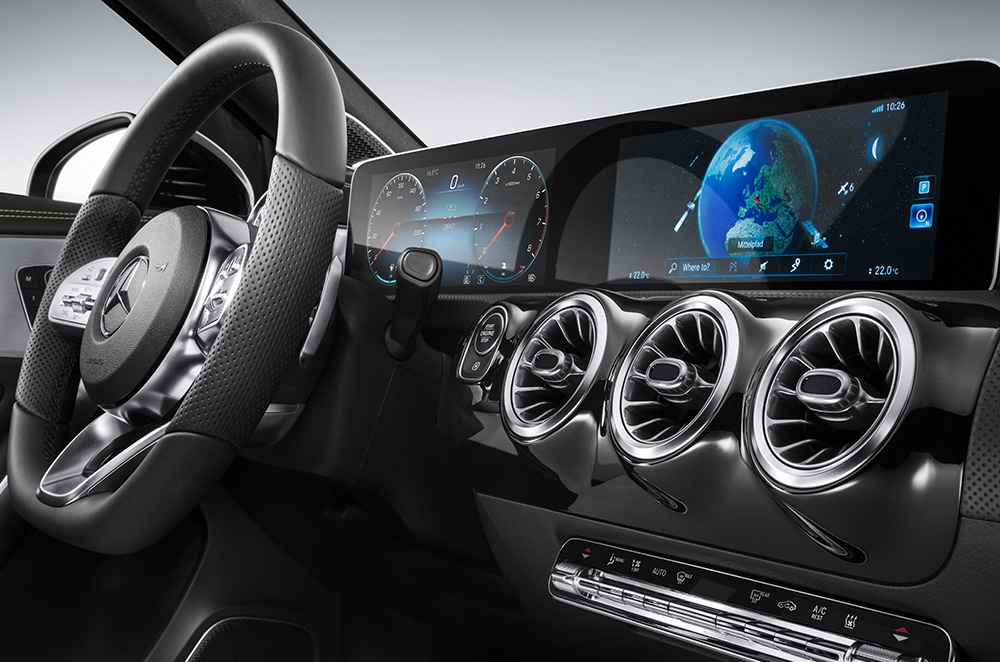 A new trend in vehicle infotainment is coming – wider screens and artificial intelligence (AI) are taking over. These are way ahead of the current 8-inch touchscreen integrated inside your car. Rather, these are highly-capable, learning machines made for much safer roads. One of the notable technologies that is in line with this is the MBUX: Mercedes-Benz's AI driver assistant that adapts to the driver's behavior.

What we like more about this technology is the augmented reality feature of the 'Widescreen Cockpit.' Imagine navigating like how it is done in the video games, where blips and pointers appear on map. Also, the way you interact with the MBUX is just straight-on classy – say "Hey, Mercedes" and all the information you need is accessible through voice command. More brands are tapping to come up with the best man-to-machine feature, and aim to achieve safety on the roads more than ever. Some huge car brands even teamed up with leading tech companies to provide reliable and functional features, example of which were Volkswagen and NVIDIA.

What's to like in their collaboration? The result is a technology feature that allows facial recognition to unlock the car, a natural language-understanding voice control, and gaze tracking anti-distraction alerts. Well, we must say that Volkswagen went all the way in giving AI its full meaning – might as well have a car that knows how you look like, how you sound, and if you're paying attention to driving (or not), right? We are always busy—or at least most of the time—to a point that we tend to forget things. There are so much happening around us that even turning off the lights in our homes before we leave for work has become tasking. This is why Mycroft was created – a Jaguar Land Rover company that's working on a hardware utilizing open-source software. So, what's good in having an open source software?

Basically, programmers can contribute new features to expand the software's capability. This means it is constantly being updated with the latest information to keep the user updated. Initial capabilities include voice command that is used in activating and unlocking the car. Not only that, Mycroft also has the ability to adjust your thermostat, switch lights on and off, and turn your coffee maker on (so you don't have to). Commuting in Manila is perhaps the least favorite task of Filipinos (or anyone who has travelled through our city roads). If only we can lay our hands on Toyota's latest concept previewed at CES 2018, we might have a chance of seeing traffic on EDSA.

We are talking about the e-Palette concept! It’s an open-interior vehicle that is designed to be configured based on the user's necessities. With that said, it could be used as a delivery truck, a mobile conference room, wheeled retail store, a moving coffee shop, or even a hotel room on wheels. Name it, the e-Palette is the type of vehicle perfect for countries with the worst traffic, yes, like the Philippines. 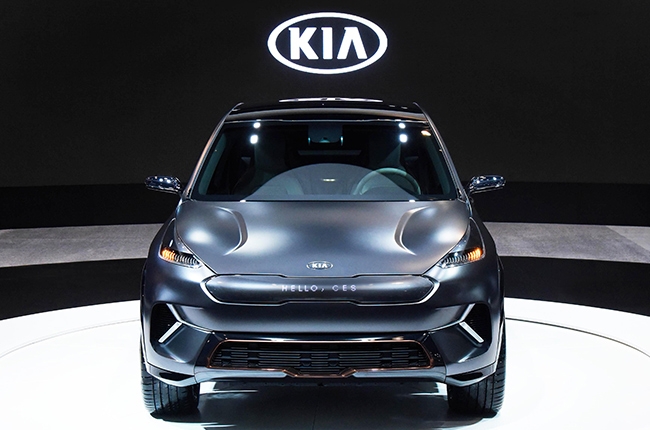 Ever dreamed of traveling with uninterrupted internet connection? At CES 2018, Kia unveiled a concept SUV that is integrated with 5G internet connection. To excite you more, the 5G connection is so fast that it allows you to download Ultra High Definition and 3D videos in a snap. How? Well, 5G is 10 gigabits per second faster than your 4G LTE. Sweet!

Even more, the concept car features a gesture-controlled infotainment system. This lessens the presence of buttons and dials on the dashboard that are difficult to look at when clumped up. The cabin is also divided into separate sound zones with noise-cancellation technology. This allows the passengers to listen to their own music without annoying each other. Again, sweet! Of course, artificial intelligence comes with the idea of robotics – you know, the self-thinking, adaptive, and semi-emotionally abled robots. At CES 2018, Honda showed us four weirdly cool robots.

The Japanese car brand introduced the 3E Robotics concepts that are built to make human lives easier. A bit of trivia, 3E stands for Empower, Experience, and Empathy, which are all areas of the brand's experimental technologies for advance mobility.

The 3E Robotics concept lineup ranges from an emotional robot to an off-road cargo four-wheeled bike. The 3E-A18 shows humans compassion through facial expressions projected on screen, while the 3E-B18 is a casual wheelchair that can be used inside and outdoors. The 3E-C18 is the boxy cooler-like storage on wheels with eyes, and the 3E-D18 is an ATV-ish autonomous robot for carrying people's luggage. 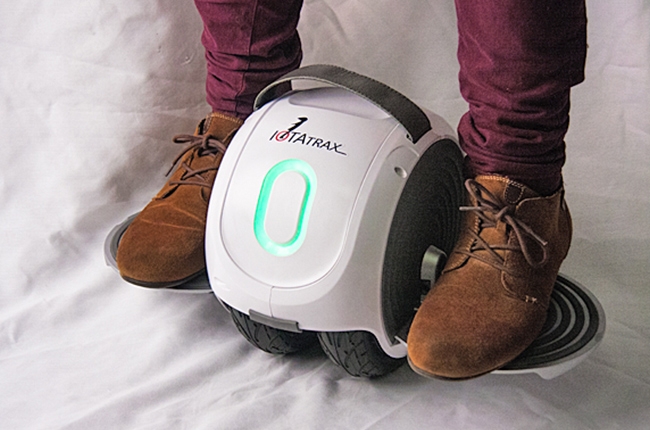 Remember hoverboard, which is actually not hovering at all? This is similar but better looking, and a lot more portable. You're welcome to imagine yourself going from your house to your garage, and then going from the parking lot to your office doors riding this cool thing. It's hard not to. Even us here at AutoDeal have imagined everyone in the office roaming around with this – oh, that'd be heaven!

The e-vehicle consists of two 8-inch wheels that banks accordingly. It features a gearless differential system that lets it turn smoothly by adding pressure on one foot. If you ever get tired of riding it, just fold the step boards and carry it effortlessly, as it only weighs about 7kg – not bad for an electric vehicle that you can ride on sidewalks and indoors. 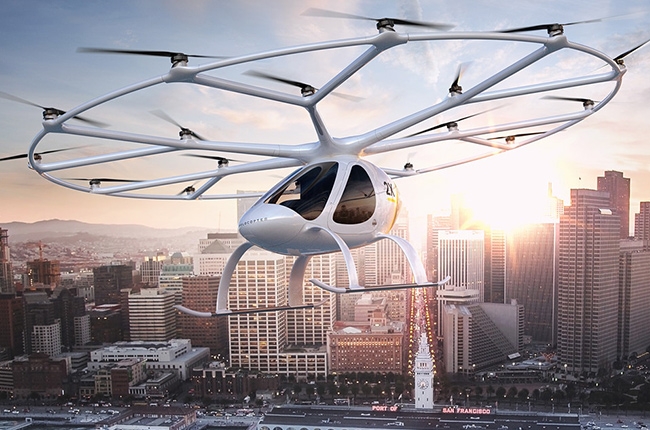 Imagine you have a flight at 8 am on a Monday. You missed your alarm, and you only have an hour or two to get to the airport. Can you make it? To tell you frankly, you won't – not with the current traffic situation in Manila. But years from now, it would be possible with a flying taxi. Wait, what?!

Volocopter, a Germany-based aero tech company, showcased its flying taxi concept dubbed as the Volocopter X2. At a glance, the X2 looks like a gigantic drone you typically see around open parks, but in reality, it's a joystick controlled two-seat cab. Say goodbye to traffic jams and say hello to flying Ubers. Yes? Have you seen a vehicle that is detachable from its wheels? Weird, isn't it? Well, for Rinspeed, it's not weird at all when it's executed the right way with the right purpose in mind. This is what they developed the Snap: a pod-like vehicle that can be separated from its base and wheels. It's like the e-Palette but only a step cooler from it.

Four people can comfortably sit inside the Snap with the convenience of their own screens. All in all, there seem to be six screens inside the vehicle, two main back-to-back screens at the center and four individual screens for the passengers. That's a load of Netflix-and-chill fun. For utility, it offers similar usage as with Toyota's e-Palette, while being detached and firmly planted on the ground. There might be a possibility that Nissan produces mind-reading cars in the near future. That's because the Japanese automaker revealed a headphone-like device: the B2V that literally reads your mind. It predicts your next movement, uses a brain decoding system, and is claimed to be 0.5 seconds faster than any anonymous technology as of today.

Another worth noting about this piece of science is its ability to detect and evaluate the driver's discomfort. The system reacts on this by adjusting the driver style using its artificial intelligence. More interestingly, it features augmented reality which it uses to alter the vehicle's interior environment. This invention literalized the idea of the car being an extension of the driver's body.