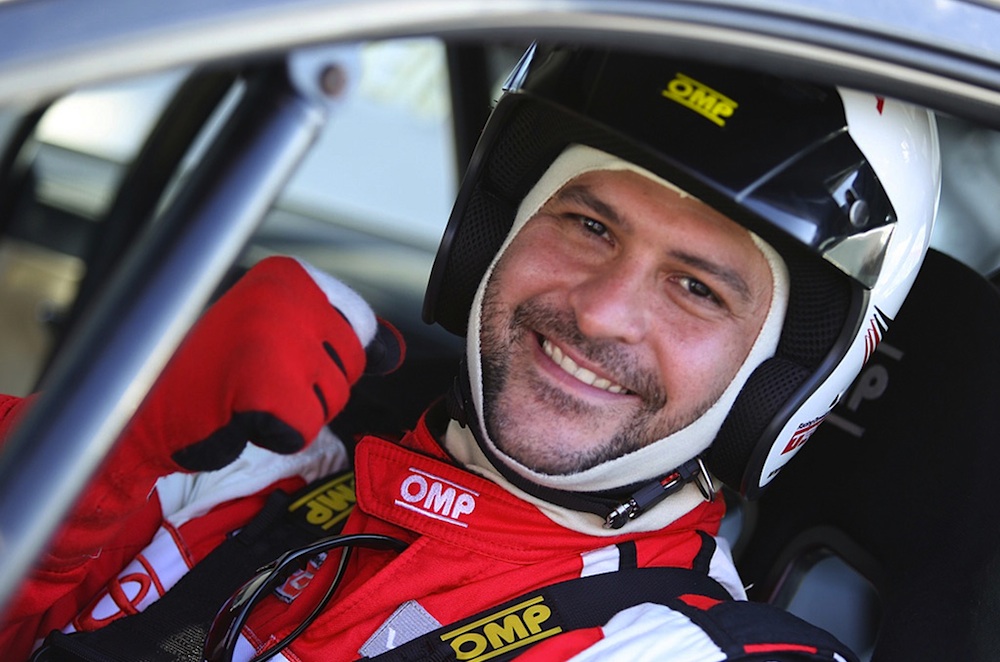 So there I sat, my gloved hands firmly wrapped around the OMP steering wheel, beads of sweat forming across my brow, eyes completely fixated on the 5 lights overhead. Five months of practice sessions, heckling and trash-talking had come down to this. The tension in the air was almost tangible and the anxiety had started to manifest itself physically into feelings that nobody ever associates with the glamour of racing.

I’m excited, light-headed and nauseous all at the same time. I also need to pee.

I’m excited, light-headed and nauseous all at the same time. I also need to pee. This is it: the country’s first ever Vios Cup, which is a one make race backed by the number one automotive brand in the country. And I, along with six other motoring media personalities and five celebrities, have been invited to experience what it is like to go through a proper race weekend by training for two 15 lap exhibition races that will officially inaugurate the series in the country.

We’re now just minutes away from the moment we’ve all been fixated on. No more coaching, no more second chances; it all comes down to this. I’m experiencing one of the greatest rushes of adrenaline I have experienced, and the odd part is, nothing has actually happened yet.

The start of any race is one of the most intense experiences anyone can go through in any form of sport, and it is amplified in our case by the fact that we already had one postponement last October 13 when we got hit by typhoon Santi––leaving me with the agony of having to explain to everyone for three and a half months how I got out qualified by a professional female model and tv host, despite consistently topping the time sheets, and lapping over a second quicker than the pole time in just about every practice session.

In fact, the running joke was, I was the Vios practice cup champion. I knew I needed to redeem myself; and that one and only chance would be coming up now. Just then, an FIA official from the AAP comes out and waves his hands. But this is not to indicate the start, but the the stoppage of the race.

“Guys, switch your engines off and get out of the cars.” was all I could faintly hear through the padding of my crash helmet. I power down my window and signal him to come to my car.

Turns out that someone had injured herself in the karting track on the other side and the ambulance on standby for the race needed to take her to the hospital. For obvious reasons, the race director wouldn’t begin the race without a dedicated ambulance on standby. So there we waited. Again.

“They will be back in 15 minutes. The hospital is very near.” Ferdie Ong, race director extraordinaire tells us. But I know it won’t. Because after spending a day in the life of an ambulance driver, I know that they don’t just dump you on the driveway of the ER. It takes a while to endorse the patient properly, no matter how minor the incident may be.

So this mishap only prolongs the agony. I can see one of my arch rivals, Jeff Reyes angling his car towards mine to tighten up the line into turn one. I know I need to beat him into the turn because it will be easier to pass a kidney stone than to pass him in the later laps. Then there’s Vince Pornelos. He’s up ahead with the best line into turn one. If he can take Phoemela Barranda, he can build a comfortable gap while the three of us dice it out.

once inside the car, helmet and gloves on, you’re alone with your thoughts.

All these thoughts come into your head as you sit in a motionless race car on a starting grid surrounded by thousands and thousands of people. In fact, I can honestly say that I’ve never actually seen anything like it in my entire career in any local race track. Not even Asian Formula 3, which was a massive international event, came close to the circus that was around us. But as festive as it was, with the TV cameras and the noise of the fans, once inside the car, helmet and gloves on, you’re alone with your thoughts.

You try and play out scenarios, but you’re always left with a ball in your throat because you know you cannot predict what the others are going to do. Hell, they don’t even know what they’re going to do, so how could I, right? It comes down to just instinct, and reacting to the situation.

The overwhelming vast majority of the time is spent waiting. Thinking. Analyzing. Practicing. And of course trash-talking.

It’s funny. People always associate the life of a race car driver with the champagne, the victory jumps on the podium, the girls, the smiles, and yes, sometimes the anger when they crash. But true as that may be, those are the highlight reels. The overwhelming vast majority of the time is spent waiting. Thinking. Analyzing. Practicing. And of course trash-talking. But nobody talks about the anxiety and the fear that sometimes suffocates you. Not necessarily the fear of crashing, but the fear of losing, which as sickening as it is, only amplifies the thrill of winning. And that is perhaps the single biggest emotion that I experienced over the last 5 months or so, and ironically enough can be summed up in just two Japanese words: Waku Doki. Look it up.

I mean it is bad enough to lose to a colleague in the industry (because you’ll never hear the end of it) but all the motoring journalists on the grid around me have experience in racing and are very highly skilled drivers that could hold their own in any local professional series. But to lose to a celebrity... that’s gonna leave a nasty mark.

No disrespect intended, of course; Phoemela Barranda, Jinno Rufino, Fabio Ide, Rhian Ramos, and Aljur Abrenica are outstanding, and shining examples of the very concept of the Vios Cup––that takes an unlicensed inexperienced driver and produces an extremely competitive one––but driving is not their core competence. So to lose out to any one of them would be as painful as me landing a major role in a movie or being selected to be an image model in a competition that they were auditioning for.

And just as I was marinating in those very fears and thoughts, another official comes running through the grid telling us all to start our engines. Every emotion goes back on the boil. Everyone piles on the revs. The five lights illuminate. It’s showtime.

I get the jump on Jeff Reyes from Top Gear magazine on my right and overtake him into turn one. But it is short lived; he dives me into turn 2 with 2 wheels on the grass forcing me to open up and lift off to avoid any impact, causing me to lose momentum and allowing him to build a gap.

Once I catch up, I find myself behind Phoemela. I have Jinno Rufino all over my rear bumper as I try and set up my pass. It takes me 4 laps to make it stick, but I manage to stick my car side by side with Phoemela on the run up to the final (and most dangerous) corner on the the entire race track. This is where you’re counting on every fiber of that person’s character and their upbringing because one mistake here and we’re both in the wall.

Thankfully Phoemela concedes. So now I’m up into third, which is where I finished in both races. Vince Pornelos from Autoindustriya drove perfectly and won both races, while Jeff Reyes from Top Gear magazine finished second.

It wasn’t quite as straight forward for the celebrities, who ended up with penalties for avoidable accidents and jump starts, but Phoemela still managed to win both races in her class. Jinno Rufino finished second, just ahead of Fabio Ide in third.

But regardless where you finished that day, the most amazing part of it all was the thrill of competition. As soon as those five lights illuminate, you become a different person. And as close as we all became over the entire 5 months, you realize you have no friends at 7,000 RPM. Each car is just another obstacle in the way of victory. And there can only be one.