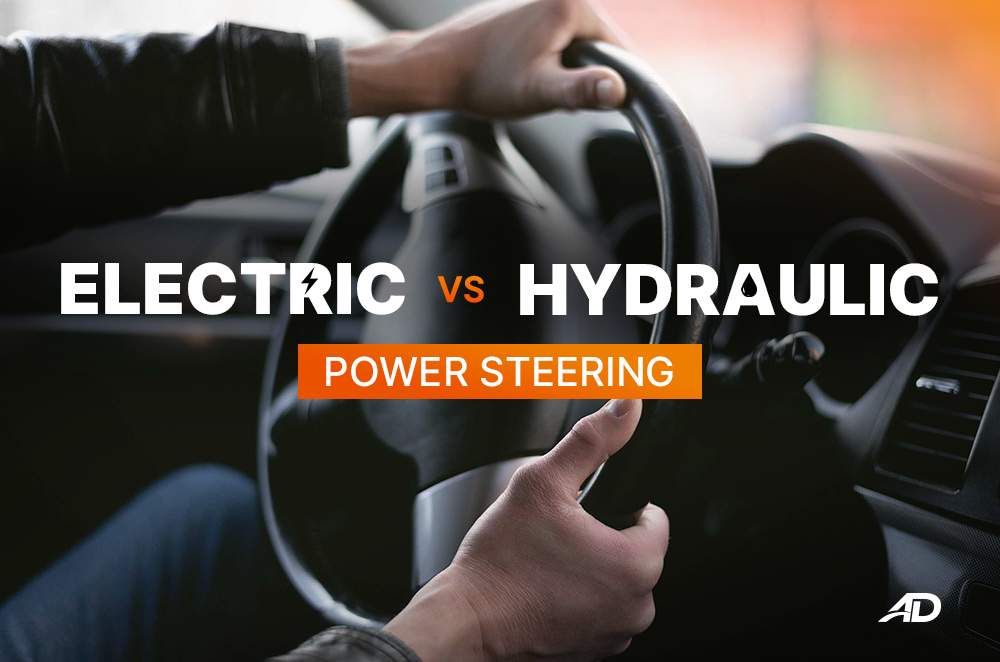 Yet another old versus new, but this time we’re covering two of the most prominent steering systems available in the market today. Cars have come a long way since the days of what many Filipinos call: “Pawis Steering,” or in English, sweat steering. Power steering used to be a luxury among cars under a certain price point, but most modern cars wouldn’t be caught dead without a system anymore, for the most part.

However, standard hydraulic power steering also got an upgrade in the form of electronic power steering, but even an upgrade isn’t considered perfect, and neither does it feel the same compared to what it replaces. So, let’s go over the pros and cons of both.

How does hydraulic power steering work?

Traditional mechanical steering uses gears and other levers in order to connect the driver to the front wheels of a car. As you can imagine, the bigger your car gets, the harder it is to steer especially when it’s at a standstill. The counteract the difficulty, manufacturers developed a power steering system that flows hydraulic fluid through a pump and assists the driver in turning the wheels. The pump pressurizes the power steering fluid and does so by getting its power from the engine via the accessory belt. Every time wheel is turned, the pump takes hydraulic fluid from the reservoir and circulates it through the system, giving the driver better leverage when turning the wheel. You may still find these systems in cars like the Subaru WRX STI since the platform still features the tried and tested EJ series of engines. Because of that decision, the model has stuck to a more traditional steering system. In certain models as well like in the case of some SUVs and commercial vehicles, traditional power steering systems are still in use likely due to costs or accessibility of parts.

How does electric power steering work?

Pros and cons of hydraulic

Hydraulic power steering, while old, still comes with its fair share of pros. Because the driver is linked to the front wheels, so it’s no wonder that many enthusiasts tend to prefer a hydraulic system, or tend to compare hydraulic systems to electronic systems often. There’s more to it than just the ease of steering when it comes to driving. The wheel will communicate what the car is doing to the driver, and hydraulic systems grant a “hard” connection to the wheels while some people say that electronic steering feels a little bit detached, especially if you’re dealing with a decoupled system and not an assisted system. Either way, hydraulic power steering offers up old school and “superior” feel, at the expense of a little more weight and fewer features.

Perhaps the most major con that a hydraulic system has is the fact that it is a mechanical component that relies on a lot of parts, unlike an electronic system that has fewer moving parts. There are multiple points of failure on a hydraulic system, and not to mention that you have to change out the fluid at certain points in the car’s life span or when it goes bad. You also have to watch out for leaks in the system so there are also gaskets and o-rings that you have to look out for and eventually replace should they go bad. All that being said, you can still swap out parts here and there, and some would argue that it is better to replace some parts of the system instead of swapping the whole system out for a new one.

Pros and cons of electric

So to alleviate the issue of having multiple moving parts, added complexity, and the need for hydraulic fluid among other things, several manufacturers have resorted to electronic systems in order to simplify power steering. However, and as stated prior, this kind of system doesn’t give the greatest amount of feedback from the front wheels to the steering wheel, leading some enthusiasts to outright prefer the old ways better. Some brands have been able to get close or even allow for varying levels of feel in their cars’ steering systems through the use of switches and drive modes. The sportier modes will allow users to adjust the weight and feel of their systems allowing them to mimic the heavier steering feel of a hydraulic system. Though, it’s hard not to deny that electrifying a power steering system nets very consistent power with every turn of the steering wheel. There are also some systems that make the wheel a joke to turn like the Ford Everest and Ranger. Despite the size of both of these Ford vehicles, the steering system Ford installed allows the wheels to turn effortlessly, and it is among the lightest we’ve been able to note from our reviews.

On the note of reliability, you will see that in the general sense electronic power steering will be more reliable than a hydraulic system given equal build and design quality. An electronic system relies on fewer moving parts and does not contain an ounce of power steering fluid. That means that you can go on and about your day not ever worrying about whether or not you will lose steering feel, at least in most cars. Electronic steering is also linked to your car’s electrical system, which means that you shouldn’t worry if a pump goes bad. The only downside of this is that if it does conk out on you, which is highly unlikely, you might have to go to the dealership and get the entire system replaced.

It’s a bit of a no-brainer to see why many manufacturers have turned to electronic power steering. Most people are not enthusiasts, and they’re more concerned with the convenience of power steering first rather than the feedback that it allows through while you drive. In a normal drive, you will prefer a lighter wheel simply because it takes less effort for you to turn the wheel in case you need to go lock to lock like let’s say in a parking lot.

On top of that, electronic power steering systems allow for different drive modes and even variable weights to the steering wheel. On top of that, it’s hard to deny that there is a reliability aspect that consumers have to weigh in, which means a lot when it comes to making a vehicle purchase. It’s one less fluid to worry about, after all.