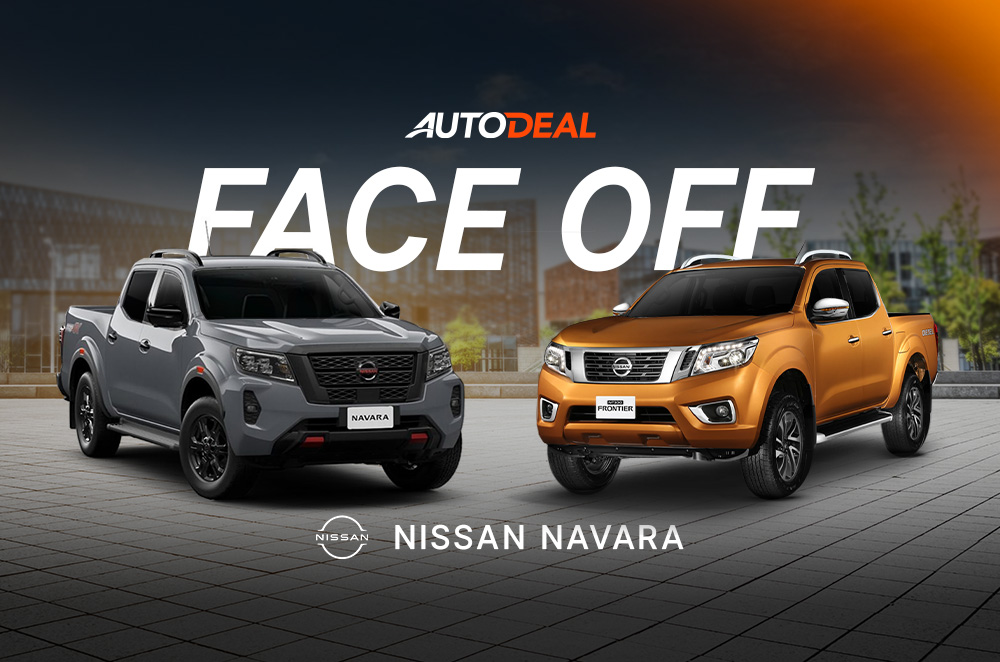 The Nissan Navara is one of the brand’s most popular vehicles available on the market today. It was originally introduced in 2015 and since then has gained popularity for the features it offers and for its competitive price point. Fast forward to 2021, and Nissan Motor Philippines has given the pickup truck a mid-cycle refresh along with an all-new top-of-the-line variant in the form of the PRO-4X. With that said, here is how the new Navara compares with its predecessor. On the outside, the refreshed Nissan Navara still maintains a similar profile as its predecessor. However, the two differ when it comes to the headlights and to the front of the vehicle. The front fascia remains the same tough and robust look as before, but with notable changes to the design with the addition of a much larger grille and a revised front bumper, and a redesigned tailgate. The headlights have also been changed, adapting C-shaped LED daytime running lights for the higher variants as well as quad-LED projectors to match. The foglights have also been redesigned and placed much higher up the bumper, and the hood has been resculpted to come with a more energetic and tougher look. The wheels have also been changed to come with a much sportier design to match its muscly, new look. Contrast this with the older model that comes with projector headlights and L-shaped LED daytime running lights. The older model also comes with a much smaller chrome grille design and with softer lines in the front compared with the much more aggressive 2021 model. The foglights are also larger in the older model and come with chrome bezels as well. When it comes to design language, the older model communicates a softer and gentler approach while still maintaining an athletic look and feel to it. 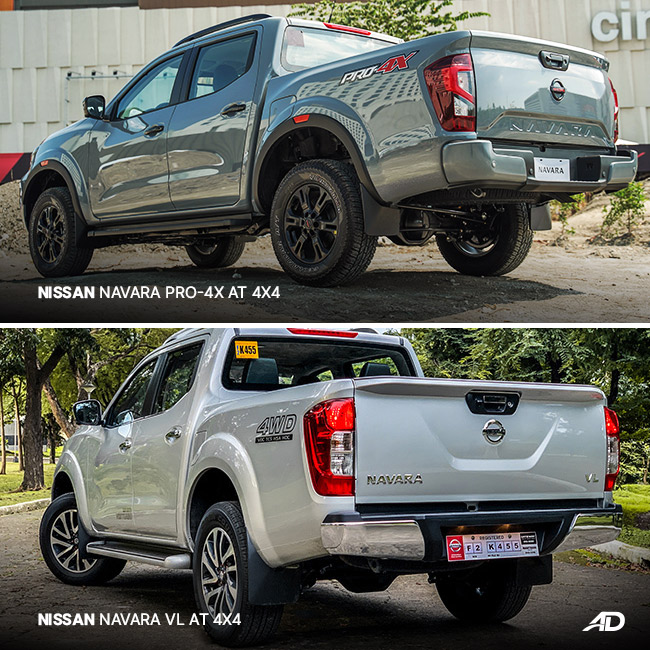 Moving onto the rear of the vehicle, the new Navara carries over its rough and tough look and applies it to the design of the vehicle at the back. It now comes with a new set of taillights, a redesigned tailgate, and a new bumper step for its higher-tier variants. Something to note: for the PRO-4X model, the tailgate now is more angular and comes with the Navara name embossed into it, compared with the previous top-of-the-line VL variant which had a recessed design with the Navara badge on the lower left. As for the taillights, the redesign now accommodates a C-shaped LED brake and park light combo, as well as larger signal and reverse lights. Reflectors have also been added to the PRO-4X along its sides.

On the inside, the layout of the 2021 Navara cabin remains the same as that of the previous model. Not much has changed aside from the infotainment system and the steering wheel design. But the steering wheel now comes with a three-spoke T-shaped design over the older model’s wider three-spoke layout. The new vehicle also comes with a sportier feel to it, thanks to a redesign on the zero gravity seats that now come with leather textures on them for the PRO-4X model, along with revised door cards. Other minor changes on the vehicle include a new gauge cluster that now comes with a much larger 7-inch multi-information display on the instrument cluster. Aside from this, the faces of the analog gauges have also been updated to accommodate the larger information display while still being easily readable by the driver.

As the new Navara is a mid-cycle refresh of the current platform, the handling of the vehicle has been retained. Its comfortable ride for its segment still remains its strong point, as it still comes with a coil spring suspension compared with the leaf springs that are found in its competition. Nissan was able to increase the payload capacity in select variants to carry over 1,000kgs worth of payload.

The Nissan Navara still comes with the brand’s own Nissan Intelligent Mobility system, however, a new feature has been added for the 2021 model. The refreshed model now has access to additional features such as Intelligent Forward Collision, Collision Warning, and Intelligent Emergency braking. Other safety features such as its airbags have been carried over from the previous model. Under the hood, the Nissan Navara still comes powered by a 2.5-liter turbo diesel engine across the lineup. While its output may vary, at its strongest the 2.5-liter engine produces 187hp and 450 Nm of torque, meanwhile for the lower variants, it produces 167hp and 403 Nm of torque. Transmission options have been carried over from the previous generation as the pickup truck can still be had with either a 7-speed automatic or 6-speed manual transmission.

While the upgrades that were made to the refreshed Navara mainly focus on the exterior of the vehicle, the pickup truck still retains the many features that its fans love. It still carries with it a powerful turbo-diesel engine, its comfortable coil spring suspension, and the Nissan Intelligent Mobility system that the vehicle is known for. The new exterior features of the refreshed model are just some of the new highlights of an already great vehicle, as it still remains a competitive and attractive vehicle to buy in the pickup truck segment.