Many already know that your car’s fuses do play an important role. This component serves as the guardian of your vehicle’s electronics. It’s a box that protects the fuses and relays from any possible damage caused by water, the weather, and other threatening driving conditions. That said, maintaining your fuse box is a must, you should learn how to spot and replace a blown fuse. You can actually do it at home just by consulting the following steps.

Related: How to diagnose and fix your car's broken air conditioning

Before you work on your car’s fuse box, remember to handle it with caution in order to avoid any complications by the end of the process. This is because mishandling your car’s fuses could cause irreversible damage to the vehicle, or worse, you could even harm yourself. Also, do take note of the things you’ll be needing the replacement fuses, a needle-nose plier, and an automotive test light. We highly advise you to prepare it in advance. Avoid last-minute shopping in order for you to save time and finish the entire process as quickly as possible. So without further ado, let’s proceed. 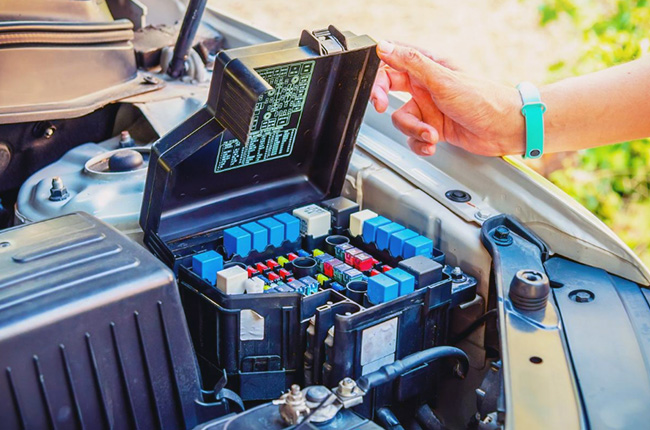 Most cars nowadays have fuse boxes that are located in or around the instrument panel near, while other models have their fuses placed under the rear seat and under the hood. Modern cars have 40 or more auto fuses that are grouped in two or more places, varying from 10 to 30 amps.

You can also check the owner’s manual in order to familiarize yourself with your car’s fuses, some even have a diagram showing you where each fuse box is located. Moreover, there’s another diagram that shows each device and its corresponding fuse.

Test for the bad fuse 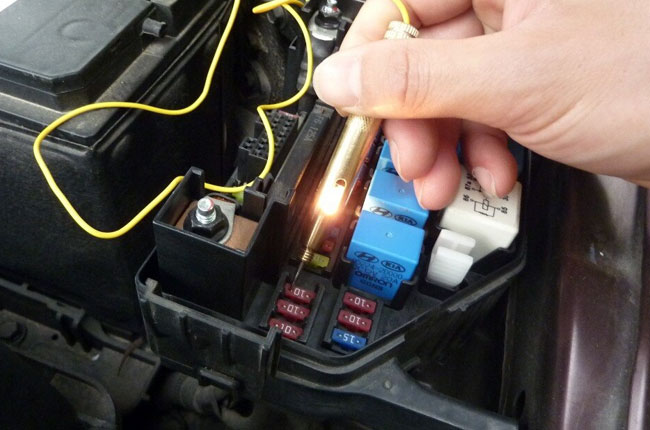 After successfully locating your car’s fuse box, you must then test each fuse with an automotive test light, you can actually buy one at a hardware store or any automotive shop. Before you proceed, you must set your ignition system at on/run position. After that, you may now probe both of the tiny test ports in the face of each fuse. You’ll know that the fuse is fine if yourtool lights up, if it doesn’t, then that just means that the fuse is blown and is already in need of replacement.

You can also use a fuse tester, just set your car's ignition in the run/on position then press the tester prongs into the test ports. Its light should go on if the fuse is still good. 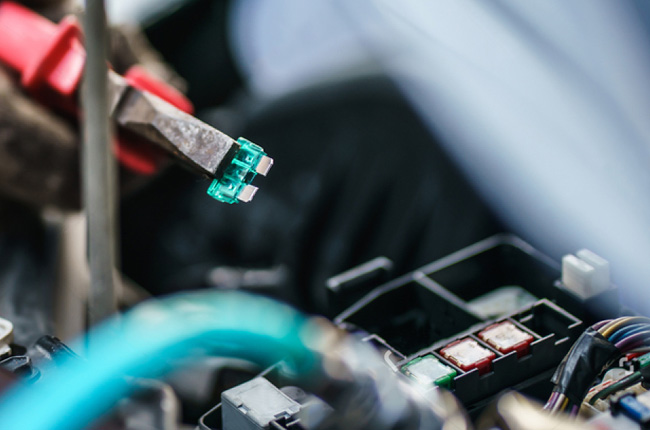 Now, we’re off to the main part of the process. After identifying the blown fuses, it’s now time to replace them. Have your needle-nose plier and replacement fuses ready, remember that there are at least 7 different styles of fuses, so you’ll need the blown fuse to match it up with the right replacement.

You should also take note that each fuse has a specific color that corresponds to the amps rating. There are even three major types to take note of, namely, the mini and standard fuses, which protect the majority of your vehicle’s circuits, including those for lights and radios, and the maxi-fuse which protect circuits with a large current draw such as those for anti-lock brakes, traction control, and rear window defogger.