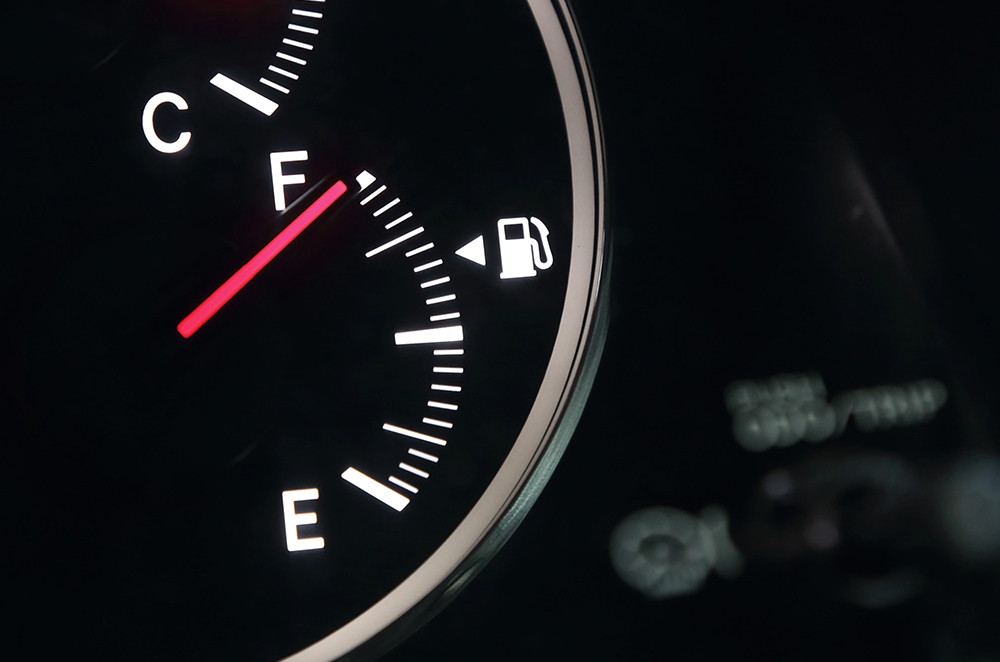 Filling up can be a complicated process, from what kind of fuel to use to what gas station can offer you the best deal, deciding what to fill up with and where to fill up is usually a process that most experienced drivers will have down to a tee.

So this time around, we’ll be tackling how much fuel you should fill up in a single sitting. Is it better to go full? Is it better to go with a partial fill-up? Or is it best to make every trip count and fill your tank to the brim?

Let’s start with the easiest thing to say at the station: “full tank.” What is the difference between this and the other kind of full tank? At a gas station, you will be asked: “automatic?” to which you have the choice to either say yes or no. If you say yes, the fuel pump will automatically shut off once the fuel level reaches a certain point.

This is your standard full tank and what most people go with whenever they go to a gas station. The pro of this is that you won’t have to worry about making another trip to the station until you need to which can save you fuel if a station is out of the way, but more importantly, it saves you time. If you have to fill up only once, then it will be quite a while before you need to go back to the station. Your next trip will depend on your fuel tank capacity, the efficiency of your engine, and how efficient you drive. It also feels really good to drive around with a full tank of gas.

The cons? Well, depending on your car, it can get really expensive for you especially if you are fueling up from the dreaded low fuel light. Small hatchbacks like the Toyota Wigo have small fuel tanks so filling these kinds of cars up might be easier to stomach than let’s say a Toyota Land Cruiser 300 with a 110-liter tank, yikes. Also, more fuel equals added weight, and you may consume a little more fuel while carrying around a full tank of gas. At this point, your car is at its heaviest given the number of passengers and the driving conditions are totally the same. You may suffer a tiny dip in fuel economy with a tank that is topped up as well, but that depends on a lot of variables. Worry not as your car will get lighter once you consume more fuel, however, so it evens things out a little bit. At an average density of 720 g/L, fuel can get quite heavy, even weighing as much as one passenger depending on the vehicle, our little Wigo has a fuel tank capacity of 33 liters, which translates to about 24 kilograms. That added weight could mean a lot, but then again having no fuel in a car is pretty bad.

To the brim or “sagad”

There are two types of people when topping up, the first is the “automatic” guy, and the second is the one that’ll fill the tank all the way up to the fuel cap. There’s nothing illegal or wrong with asking for a top-up or “sagad” at a fuel stop. Again, the same pros and cons apply for a standard full tank, but be careful of a few things.

Filling up to the brim is fine but make sure not to overfill your gas tank past the fuel cap. There are some breather valves and drain holes near your gas cap to keep your fuel from getting contaminated with water and other debris. The closer you get to this hole, the more likely it may come into contact with contaminants especially if your car is on the older side and the fuel cap’s seals aren’t in the best condition anymore.

There are many ways to fill up a partial tank, and there are a few pros and cons to this as well. For starters, you could be on a fuel budget, and have a set amount of cash set aside for your traveling expenses every month or every week. In this case, it may be better for you and your wallet to keep track of your expenses by asking for specific amounts of fuel at a time. It also pays to know how far your car can go given the amount of fuel that you’ve filled up with so you know how much fuel you need for your particular journey.

The con of this is that you will have to take more trips to the gas station. It’s not optimal if you want to save time, however, since fueling up takes precious minutes away from your travel times or your time in general.

Filling up halfway or partially, however, is a little more optimal for your car’s power to weight ratio, and you will see a slight improvement in fuel efficiency since it’s not hauling as much weight as before. Numerically speaking, you might see a small percent gain of around one to two percent, but realistically, it’s not much of a difference and you probably might spend more fuel getting fuel.

So with all that being said, and putting everything into perspective, the best solution is to adopt both kinds of strategies. First off, fuel prices are changing all the time. Price watchers tend to get excited about every rollback that they fill up full every time there is a price rollback. If there will be a price hike, however, it’s better to fill up a day before the new prices set in, and what better way to fill up before a price hike than with a full tank of gas? If you can get your full tank of fuel cheaper, why not?

However, once the fuel price hikes hit and you find yourself on a budget, it would be more advisable to fill up your tank just enough so you don’t overpay for a full tank of gas. For some cars, a full tank can last as long as a week or two depending on how much you drive your car. Remember, if you fill up with a full tank a day before a price rollback, you’ll be rolling around with fuel that’s more expensive than what it could have been if you just waited a day.

In summary, it’s good practice to be on your guard and pick your strategy accordingly and be an eagle-eyed fuel price watcher. Full tank when cheap, partial when expensive.