If you pass EDSA daily, you might’ve noticed the dealership with a lion logo and has the word /poo•jZHO/ on its window. That’s Peugeot. They are a French luxury car brand with 200 years of existence.

The company began their journey in 1810 when their corn mill was converted to a steel mill at the height of the industrial revolution. They initially produced wood-and-metal grinders, before moving on to vehicles.

Below are some standout facts about Peugeot that you probably didn’t know. 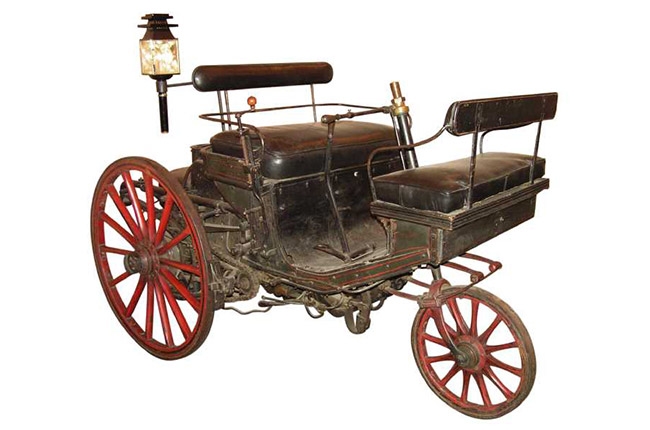 Their first vehicle has 3 wheels

In 1889, they showcased the first Peugeot-branded vehicle at the World Fair in Paris. It’s a steam-powered 3-wheeler designed with engineer Léon Serpollet. It wasn’t until 1891 when the brand rolled out a 4-wheel ‘type-3’ and was able to commercialize it. It may be a growing trend today, but Peugeot had a 75 year head start. They created the Peugeot VLV electric vehicle around the 1940s to provide an alternative car for the French when fuel-restrictions were imposed on the country. It had four 12-volt batteries that provided a max speed of 32 km/h and a range of 80 kilometers per charge. The lion brand began experimenting with diesel engines on a passenger car application around the 1930s, creating a prototype 402’s with their HL50 diesel powerplant. But it wasn’t until 1959 when they released the Peugeot 403 that diesel powered cars became commercially available.

Apart from making innovations in the car field, Peugeot also set foot in bicycle making and even sponsored a professional team in bike competitions. Innovation was also done as they were the first to create a carbon composite bike in 1983 and a true off-road bicycle in 1984.