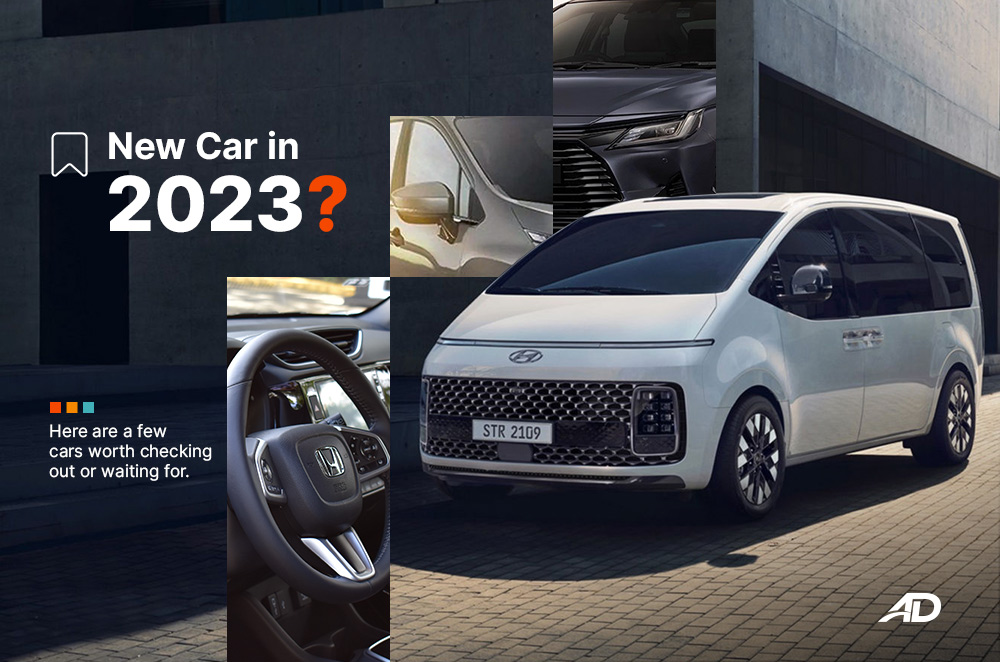 We’re now in 2023, and the automotive industry is shining brighter than ever. New releases, new models, and new brands have yet to or already have launched some very worthwhile models. Now for this article, let’s dive into a few of the noteworthy models that are already released or have yet to be released in the market.

This will be more of a soft guide, to give you an idea of what is to come, or what already is in the Philippine automotive industry. So either go and inquire about the model that you’re set on or hold your checkbooks because there are some pretty great models out there to choose from and some exciting ones on the horizon.

Related: Top new cars to look forward to in 2023 We couldn’t decide whether the Staria, the Creta, the Tucson, the Stargazer, or even the Santa Fe should sit out of this list. In fact, the Hyundai brand in general looks so good now that the entire model lineup should be on this list. If you didn’t already know, Hyundai Motor Philippines is all-new, rebranded, and looking toward the future with great intent. The Korean marque has been revitalized as a forward-thinking brand that’s ready for innovation and ready to take on new challenges in the country. 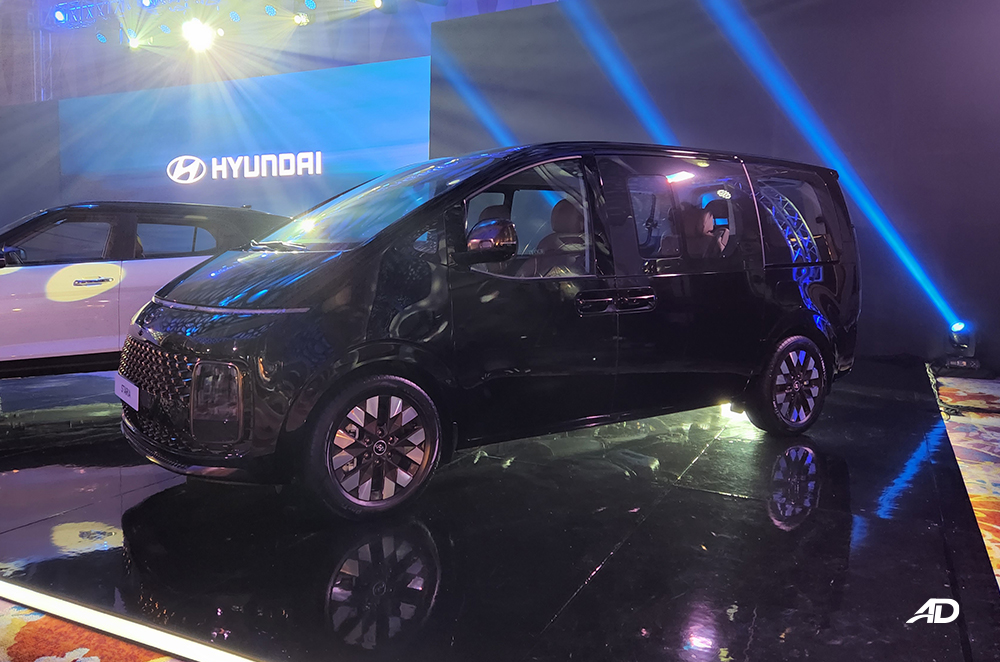 For now, we can see that the brand will be focusing on the trending segments in the market where there is a lot of competition and a lot of room for improvement. As such, we’re no longer seeing sedans from Hyundai for the time being, only crossovers, MPVs, and Vans. However, if there is one model that we really have to give Hyundai full marks for, it’s the Staria. It looks impressive, and it definitely deserves to take on the legacy that the Starex left. The second-best up for consideration is the Stargazer, as it is a very stylish option for MPV buyers. Of course, all of the crossovers in the lineup look the part and look very worthwhile to get. The Creta is a new nameplate for the Philippine market, and we’ve been seeing a lot of people buying into the subcompact crossover for its value and its stellar good looks. Aside from that, the Tucson and the Santa Fe remain solid options in the lineup. We can’t stress how good Hyundai Motor Philippines looks right now. The brand’s lineup is definitely worth a look and the new management is hungry to make the brand a top seller in the country. There were some growing pains when it came to Changan’s introduction in the country, but the new CS55 Plus model looks like a definite contender in 2023 for the best compact crossover. The model carries a good amount of value in contrast to the competition and a drive that is a little more dynamic compared to other like-sized competitors. The CS55 Plus offers a great package of features and dynamic looks that is sure to make you think about it, even just for a little bit.

Changan Philippines will be fielding more vehicles in 2023, but the CS55 Plus is one of the models that are ready to buy, and ready to drive right now. Perhaps one of the only cons that we have about it is its lack of Android Auto, but in return, you get a rather inexpensive compact crossover with a ton of space, adaptive cruise control, and voice control features, and a cabin that more premium than its price tag suggests. The new Ford Ranger and Everest are both all-new for the 2023 model year. The two models are impressive, and will likely shake up the midsize pickup and SUV categories. For years to come. Ford’s done an impressive job refreshing two of their most popular nameplates in the country with an all-new interior, new tech to play with, and big and burly good looks to boot. 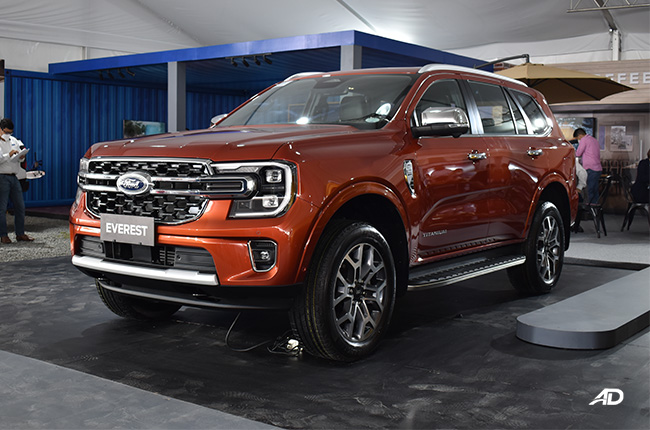 Greet 2023 with the latest and greatest from Ford. Whether you want the extra versatility of an SUV, or the outright utility of a pickup truck, these nameplates are worth checking out and are worth keeping in mind. 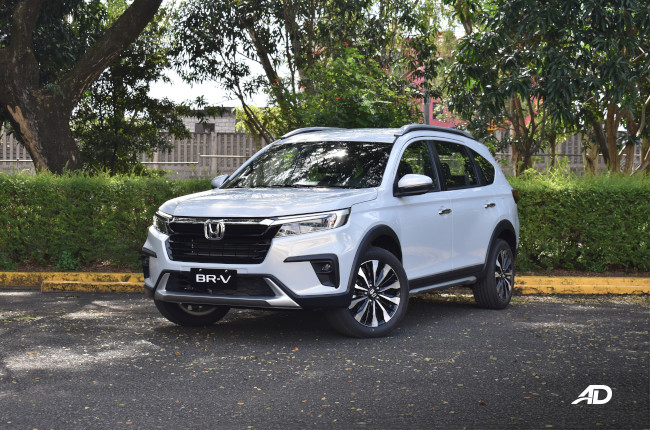 A staple in the MPV segment, but with style and performance that trumps other Japanese brands. The Honda BR-V is the most powerful Japanese seven-seat MPV, and its recent redesign has made it a hot ticket item for Honda Cars Philippines Inc. The lines may be a little long, but the model is definitely a worthwhile investment if you want a practical and relatively fun-to-drive MPV.

With 119 hp from its 1.5-liter engine, it gives drivers a good amount of power to play with when needed, but still at a good level of refinement for the class. Honda’s CVT is also a cornerstone for the model, offering added fuel economy and better smoothness compared to traditional automatics. The model is already available in the market, and its late-year release back in 2022 means that it’s still ripe for purchase as a 2023 model year. 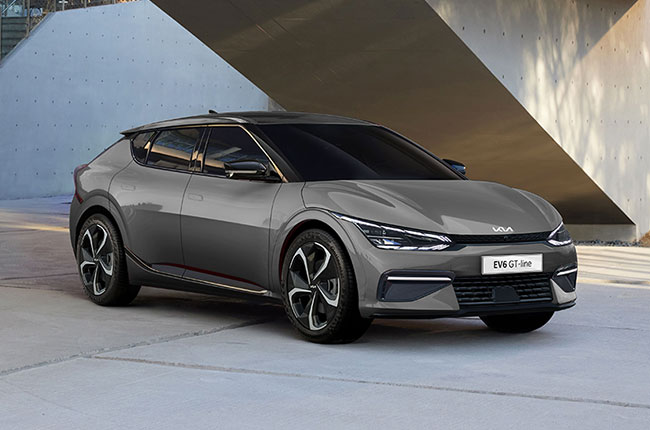 While there are electric cars out there like the Nissan LEAF and a few others, Kia’s just about ready to let the Philippines have its time with the EV6. It’s absolutely stylish, has an impressive range, and can fit a wide range of lifestyles in the market. We’re excited to try out what the brand has in store for the future, and the EV6 is a very tangible option if you are one of those early adopters.

We’re excited to see the new model on the road, and we’re excited to test it out ourselves. Current estimates put the price of this model around the 3 to 4-million Philippine peso range, which makes it a rather expensive automobile to buy. However, for those of you that value style, elegance, and futuristic technologies, we’ll point you in the direction of the Koreans. Oh, and shout out to the Hyundai Ioniq 5. Now that would make for an awesome comparo. 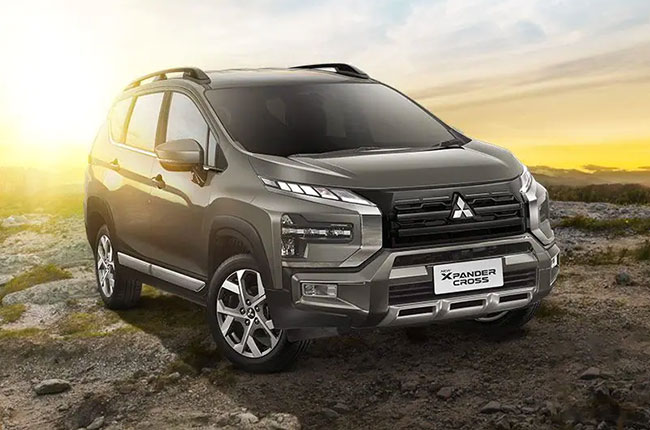 January is Mitsubishi’s month as the brand revives its SUV-like 7-seat MPV in the market with a brand-new face and all-new tech for customers to enjoy. The new Cross model of the Xpander will be one of the better-equipped models out in the market at the time of its release. Coming with a digital gauge cluster, a 360-degree monitor, and a capable infotainment display, perhaps this will be the Xpander that all the fans have been waiting for.

However, we cannot deny that the Cross will be one of the pricier options out in the market, so it will serve Xpander fans well, but to the general 7-seater-loving public, it could be a bit of an ask given that the Xpander already presents exceptional value at around a million Philippine pesos. Regardless, it’s still something to look forward to since it’s a worthy upgrade considering the gap in price to the regular Xpander. If there was one car that impressed us beyond any reasonable measure in 2022, it was the Nissan Kicks. The sales don’t lie as Nissan’s been scrambling for units ever since the model’s launch last year. The Kicks is definitely a cornerstone model for the Japanese brand in the country, introducing people to the concept of electric-powered mobility, without any of the range anxiety.

Also, if anything, the Kicks has also shown us that the Philippine market is ready to dip its toes into electric vehicles. A special mention would be to the Toyota Corolla and Corolla Cross hybrids, but those cars are only partly powered by the electric motor. The Kicks’ e-Power system is a revolution in the hybrid electric space and with its affordable price tag, it’s definitely a must-buy if you want a new vehicle for the new year. 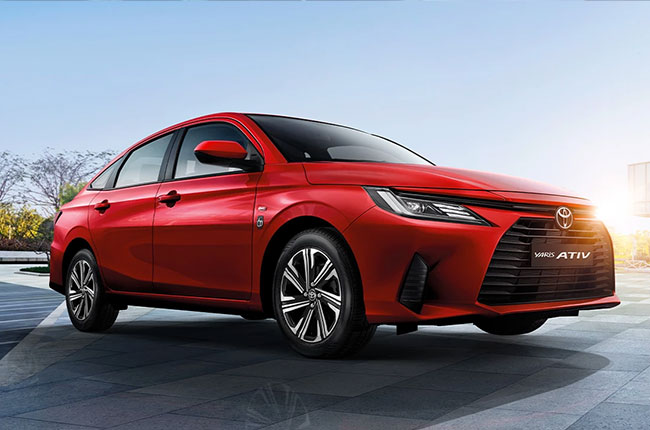 There’s news of a new Vios on the Horizon in 2023, and the model will build upon the features and the product capabilities of the current outgoing generation. While no drastic changes are expected, a gorgeous new design is slated for the new model. As we all know, the Philippines has been churning out the model for quite some time, and it’s been the car of choice for vehicle operators, private motorists, and fleets for over a decade. The nameplate will remain strong, but the desirability for the model will once go up to new levels with the release of this new model.