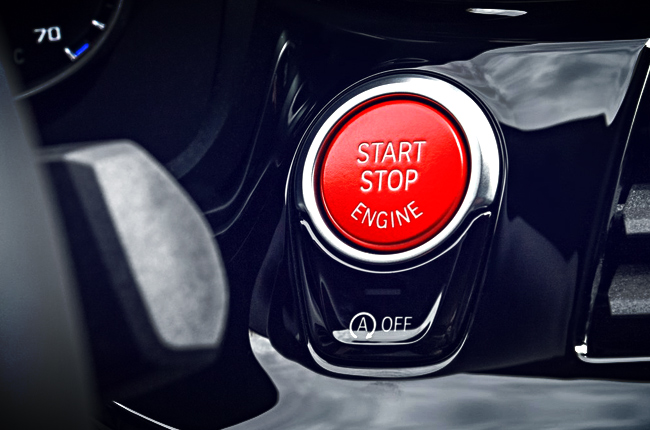 If you happen to have purchased a car within the past few years, chances are you were given a way to start it without a traditional key to insert into the ignition slot. This keyless entry system, by definition, allows the driver to keep the key fob pocketed when unlocking, locking, and starting the vehicle. It means that the smart key is identified via one of several antennas in the car's bodywork and a radio pulse generator in the key housing. Depending on the system, the vehicle is automatically unlocked when a button or sensor on the door handle or trunk release is pressed. Vehicles with a smart-key system have a mechanical backup, usually in the form of a spare key blade supplied with the vehicle.

Pioneered by Siemens in 1995 and introduced by Mercedes-Benz under the name “Key-less Go” in 1998, manufacturers around the world - in favor of convenience - are slowly transitioning towards keyless car transponders, with some brands, such as BMW and Mercedes-Benz, making it a standard, adopting the technology way before anyone else.

Let’s take a look at the advantages and disadvantages of having the key fob in your pocket at all times, and maybe learn a thing or two about how we take such a simple convenience for granted. 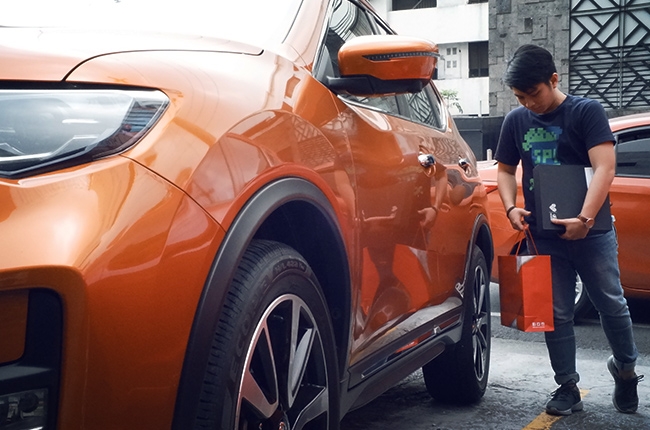 Your hands are full from grocery shopping or from carrying piles of office files, and nothing beats the ability to just tap a button with any part of your body to unlock the car. As long as you’re in range of the vehicle, the doors and trunk should be ready to access. Some cars, like the Nissan X-Trail, even allow you to open the trunk just by putting your foot under the rear bumper. 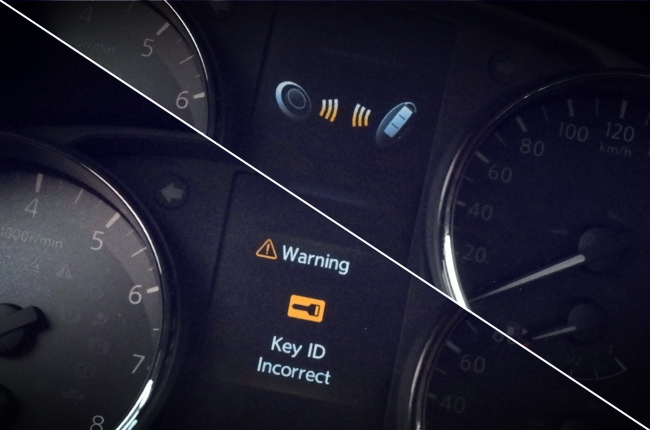 You feel safer with the knowledge that a unique code is required to start your car (meaning it is less susceptible to theft!). In cars that have keyless, push-button ignition, an electronic key fob is recognized by the car to authorize driving and the use of power accessories. The transponder needs to be authorized by a code that the vehicle’s computer searches for. Only once the code is found will the vehicle start or unlock. Some systems also use computer-encrypted microchips. These features allow for even more layers of safety. 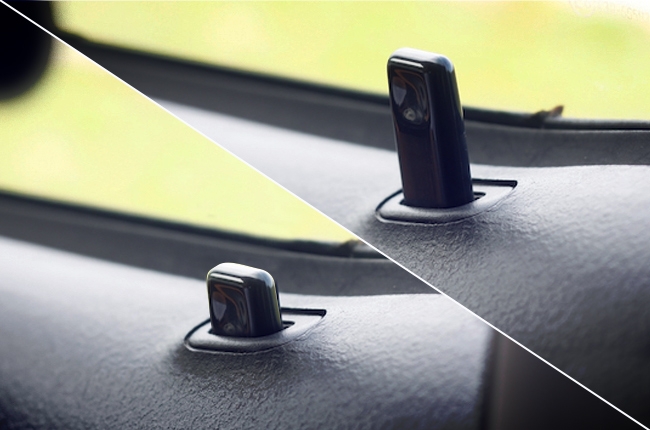 Admit it, there were times when you’ve had to walk back to the parking lot just because you didn’t remember if you locked your vehicle. In some vehicles, there’s a system in which, after parking the vehicle, one simply has to walk away. After a distance, the car will automatically lock itself, as if you were pressing the lock button on the door or key fob. It essentially eliminates the possibility of forgetting to lock one’s vehicle. 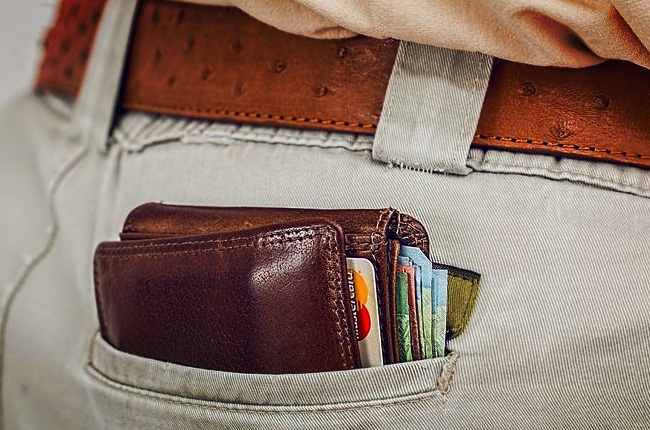 Sure, the price of a keyless fob and push-button ignition is included in the price of the vehicle. But, as with any electronic component, it wears over time until it comes to a point that you have to replace the entire key fob or repair the whole system. That can be a pricey purchase just to be able to start your car again. 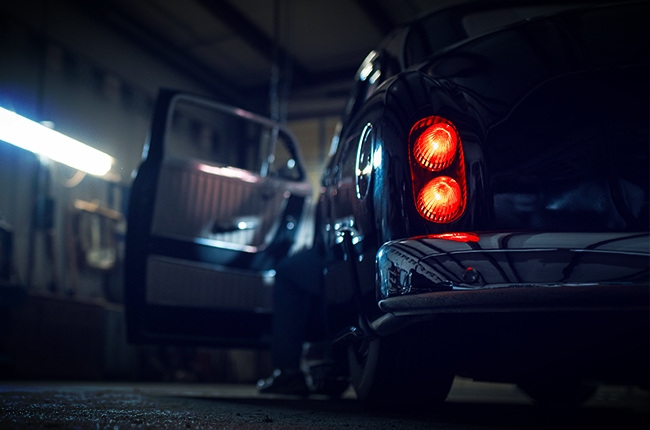 2. Your Car is still Running

You can count on manufacturers to place all the warning lights and chimes when you leave your car with the engine on. Some cars run so quietly, that, in a crowded or busy street or parking lot, there’s a possibility of you leaving the car running as you walk hurriedly to your errand. Yes, some cars will usually shut off as a safety feature, but if you’re brand or model doesn’t have it, in theory, your vehicle will keep running until it runs out of gas. This is a huge problem if you park your car in a closed garage that’s attached to your house, as the chance of carbon monoxide entering your house creates a dangerous situation. 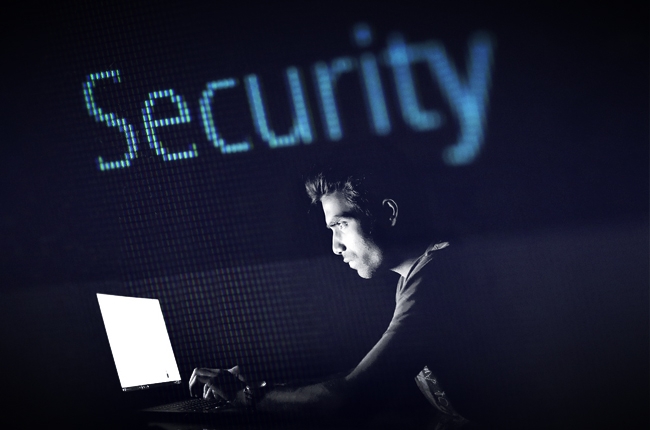 3. Thieves are Getting Smarter

The keyless systems make it difficult for cars to be stolen. But, with computerized controls, hackers will be developing new ways to try to steal your car. Key programming tools and chips can be found online, and may only be purchased by authorized dealers and mechanics. If these tools end up in the wrong hands, they could easily reprogram a blank key fob to your car’s transponder code, or even hack into the car’s electronic systems to operate the vehicle. Scary stuff.

In the end, while convenience is always a plus, buyers of such vehicles should be aware of the quirks of having such a feature. Common sense always prevails when it comes to safety, such as parking in a secure and well-lit area, making sure the engine is off, and understanding what lights or chimes your vehicle makes to indicate you may be doing something wrong. Given the chance, I’d still go for a keyless system and push-start ignition, because I would treat it as a regular car key anyway, not leaving it in places I shouldn’t, and taking all the necessary steps to keep it secure, dry, and clean.