2020 was a whirlwind of a year, and as such, is rife with opportunities if you know where to find it. Suzuki has come alive with a lot of notoriety, in the first half of the year. The Japanese brand was able to launch the Suzuki XL7 and the Suzuki S-Presso during the first quarter. Immediately after the launch, lockdowns hit and all sales came to a screeching halt. Following that, the brand wanted to expand its reach online, doubling its effort to get sales from other channels instead of solely relying on dealer operations.

Though, months later, after restrictions were lifted, Suzuki vehicles continued to rise in popularity, while managing to dethrone several models along the way and attain top spots in terms of popularity on the AutoDeal platform. It’s an amazing feat, but one that is not unexplainable. After the economy ground to a screeching halt, consumers were left with less money to spend. Companies were forced to downsize their workforce in some cases in order to keep operating costs lower and to keep the majority afloat. Due to the economic downturn during the lockdowns, it is very likely that the shock led people to reevaluate their purchasing decisions. According to our data gathered on the AutoDeal platform, the average price of every vehicle purchased in the third quarter of 2020 fell from P1,277,208 down to P1,116,425. It’s a stunning development, and a difference of P160,783, one of the largest dips we’ve encountered in recent memory.

In the car industry, however, the term “you get what you pay for,” is one of the mantras chanted by many consumers who are putting their bets on more affordable brands in the market. Buyers in the Philippines are already very skeptical when a new brand comes in, and will retort about reliability and resale value. You do have some diamonds in the rough like the Geely Coolray, but even that model’s top of the line trim level is above the average purchase price of every car sold on AutoDeal. However, models like the Suzuki S-Presso come in at a very low price of just P518,000, making it the most affordable model that you can get from the Japanese brand. That’s way under budget, and ranking first in our metrics just added fuel to the fire, as the S-Presso managed to be the most popular car on AutoDeal for the third quarter of 2020. When things are good, and when the economy is doing well, customers get more buying power to put into their purchases. Now, however, and considering that more people are in need of transportation due to the new normal, the entry-level market is seeing a large amount of growth. In the P500,000 to P750,000 price range, the bracket grew from 11.09% to 17.72%, while the P751,000 to P1,000,000 price bracket grew from 16% to 27%, a two-figure growth, while all vehicles priced over a million pesos decreased in volume especially the SUV segment in the Philippines.

Considering the majority of the cars in Suzuki’s lineup have price points under P1,000,000 with the Vitara and the XL7 being the only holdouts in the lineup, the brand was equipped to deal with the paradigm shift in the market from the start, a feat that other brands are still working to achieve. Other marques like Kia, Toyota, and Honda, have all gone down the pricing ladder, while other brands like MG, Chery, and Geely are firing on all four – or even three – cylinders in terms of price point. 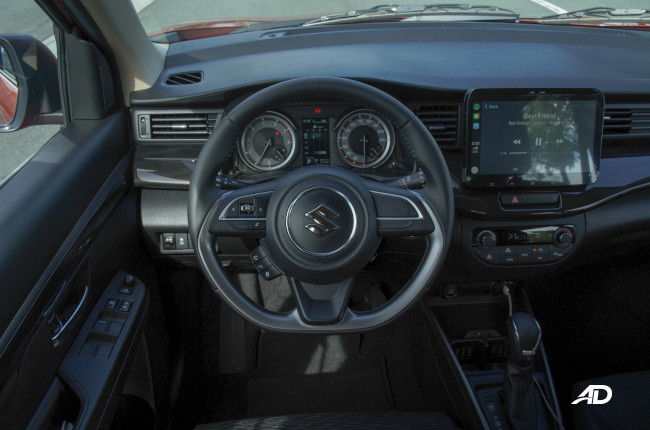 Now, Suzuki is in a very optimal position in terms of price and brand perception in the market. Japanese brands are generally well-received in the Philippines. It’s not just with cars, but even with electronics and other goods. The top brand on the AutoDeal website is still Japanese, and the runner up is also Japanese, Suzuki. Even the third-placer is still Japanese. With that perception of quality, however, it comes at a price.

For example, the Mitsubishi Xpander used to be the number one most inquired-for model on the site in certain quarters in 2019, usually trading places and exchanging blows with the Toyota Rush. Nowadays, however, Suzuki is becoming more and more popular. Two factors that Suzuki has going for it in this new normal are being affordable, and Japanese. This is a very deadly and potent combination when consumers are price sensitive. For the longest time, Maruti-Suzuki in the Indian market has been a dominant force, and now that Filipinos are getting more price-conscious, it is no surprise that the Japanese brand is becoming more and more prominent as the days roll by.