Did you know that the Suzuki Grand Vitara that we see on the roads today was released a decade ago? After getting a few updates and facelifts along the way, we find out what it’s like to drive this affordable SUV. 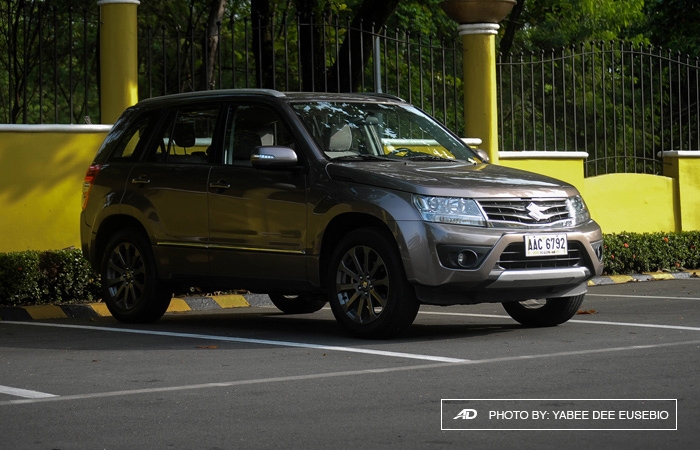 The Grand Vitara is still has a curvy theme from its predecessor, the quirky-looking 2nd generation vitara, which goes down to its side flares giving it a bigger, masculine look. But unlike the old version, the grille is lined up with 2 dark chrome stips garnished with a huge Suzuki badge. It still has the same large headlamps but with a different bulb configuration. Its high ground clearance of 188mm and the Dark Silver 18-inch alloy wheels add a nice touch to complete the macho look.

Unlike its masculine exterior, the Grand Vitara's interior has a rustic theme with its champagne silver accents found around the center console to the side door panels. But we didn’t mind that. The 6.1-inch LCD touchscreen that has satellite navigation, Bluetooth connectivity, full iPod integration, and DVD playing capabilities was more than enough to make up for the outdated feel. Meanwhile, It’s steering wheel mounted audio controls came in handy while we navigated the metro.

Its gauge cluster was legible and it also featured an instant fuel economy meter that we wished for in the Suzuki Jimny. One thing that caught our attention though was how quickly the auto-climate control cooled down the sun-baked cabin. Another was how much legroom there is and how cushy its fabric seats were which kept us comfortable throughout the ride. 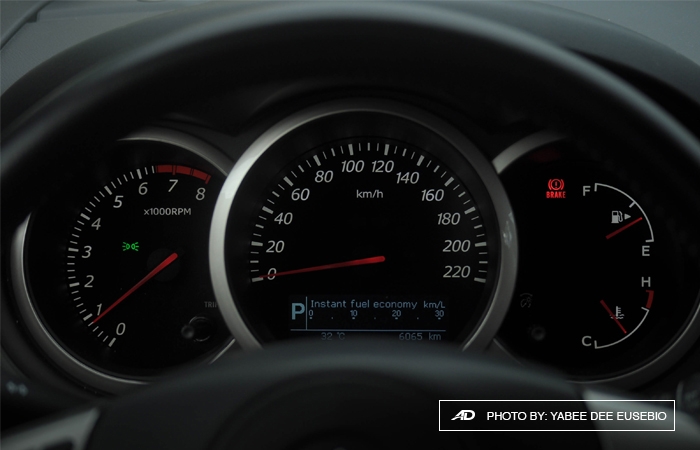 Something else that’s noteworthy is that It’s also packed with safety features such as driver and front passenger airbags, ABS with Electronic Brake Force Distribution (EBD), immobilizer, and security alarm.

The Grand Vitara’s suspension was impressive as it absorbed each and every bump contributing to a comfortable experience for both driver and passengers. As for its steering, it did feel a bit heavy but that was to be expected because of its large wheels. As for the cockpit, we were able to see each corner making squishing into a parking slot a little less troublesome. Meanwhile, the 2.4L gasoline engine was quick to respond to every step on the pedal. That was until we reached the final drive of its 4-speed automatic transmission. This was where we felt a shortage in power. Not much of a difference can be felt even with the shift delaying "AT Power" activated. Also, the instant fuel economy meter showed that at the highways it did an average of 12.4 km/L, on the other hand, city driving did a 7.6 km/L. Perhaps adding a 5th gear would help maximize the power output from the engine and give a better fuel economy rating.

The Suzuki Grand Vitara has a lot of the amenities available on most of the current SUV's today. So why would one buy a car that's already 10 years old?

To answer it simply, you get more than what you pay for an SUV - an updated head unit, tons of safety features, and a comfortable ride all for a price tag of P1,160,000. This makes the Suzuki Grand Vitara the most affordable and feature packed vehicle in its class.