The Geely Emgrand is the fourth model to launch from the automaker here in the Philippines. It is also the first sedan to come from a global brand. That being said, it is entering a very competitive market, with models such as the Toyota Vios, Honda City, and the MG 5 having a dominant presence in the segment. That being said, and as the new kid on the block, does the Geely Emgrand have what it takes to go head to head with its more established rivals? 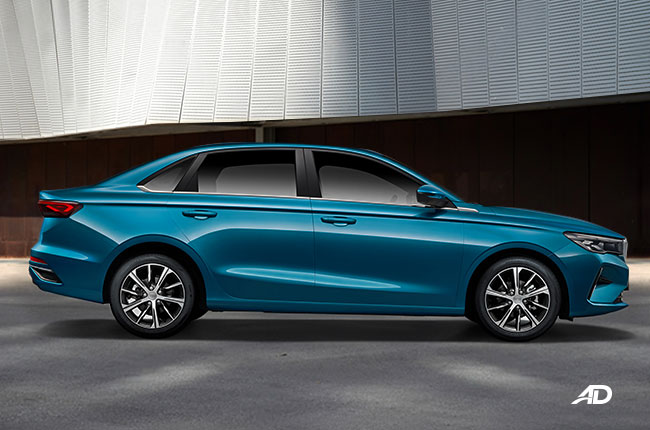 In terms of size, the Geely Emgrand is one of the larger sedans you can get in the subcompact segment. It's so large in fact that it borders the line between subcompact and compact at the same time. Regardless, this means that, at least to the consumer, you are getting more space for what you pay for. Just as a bit of a comparison, the Geely Emgrand measures in at 4,638 mm in length, 1,822 mm in width, and 1,460 mm in height. This makes it substantially wider than its mainstream competitors such as the MG 5, the Honda City, and the Toyota Vios. It's roughly between 30 mm longer than the MG 5, which is already one of the larger subcompacts you can buy today. Another edge that the Geely Emgrand has over its competitors is its more mature design. While its competitors are aiming for a more sporty look, the Geely sedan is going for a more premium without the price tag approach and it looks to be doing it well. All around it's a more upmarket look that may be appreciated especially if they don’t want an aggressive look on their vehicle.

Its premium look can be seen all around the sedan, starting with the massive chrome girl, its sleek headlights, and even with its minimalist bumper which doesn’t have too many angles or creases on it. This continues to the back of the vehicle where it gets a subtly design back. It shares similar design elements as to what you would find in a European vehicle with its sleek LED taillights which stretch along the whole width of the vehicle. In terms of technology, the Geely Emgrand gives you a solid amount of it. While it doesn’t come with Apple CarPlay and Android auto straight out of the box, it does come with screen mirroring which is good enough and can be more applicable to a wider range of phones. Aside from this, the head unit of the Emgrand can also control the sunroof which eliminates the need for extra buttons.

The Geely sedan also comes with much of the same features as its competitors such as a reverse camera, rear parking sensors, a tire pressure monitoring system, keyless entry, and a huge 12.3-inch digital instrument cluster to top it all off. Overall, the Emgrand delivers in giving you a more mature vehicle without too many of the bells and whistles that you might not need. 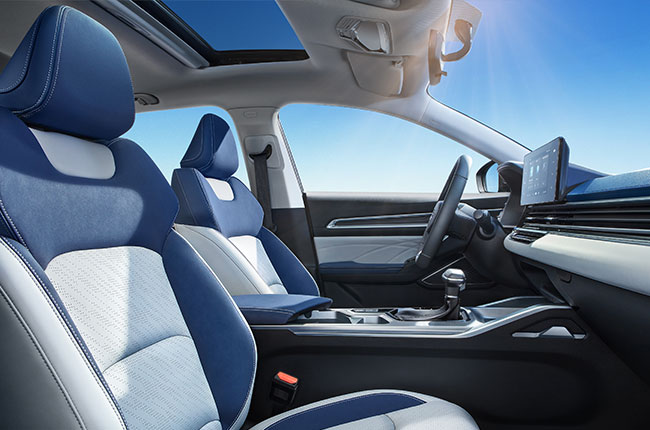 Geely continues its premium without the price tag feel with the interior of the Emgrand. It stays away from the typical grays and blacks that are found in its competitors and goes for a lighter color pallet. In this case, the Geely sedan comes with a blue and white interior, it's still premium when it comes to the materials used and also gives the cabin of the vehicle a much brighter and more spacious feel to it. This is something many will appreciate with the vehicle as it chooses to be a little bit different. This gives the Emgrand an edge over its competitors as it offers a little more space with a unique cabin look.

Premium without the price tag 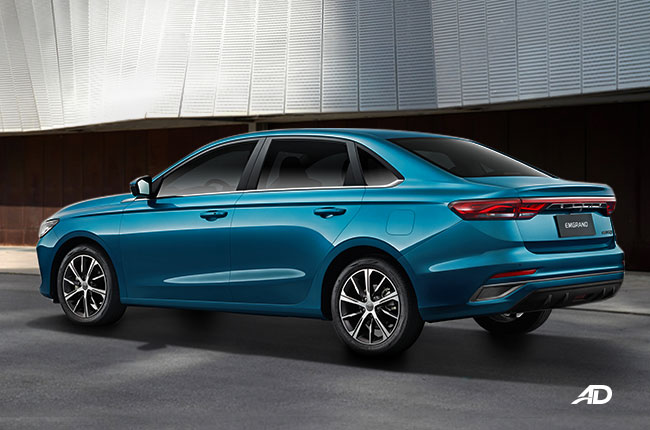 We have said this multiple times throughout the article and it still holds true now when you consider the price of the Emgrand. At its most expensive it's positioned at P908,000 which undercuts most of its mainstream Japanese rivals when it comes to pricing.

This makes the Emgrand the more affordable and attractive option amongst the popular offerings in the subcompact segment in the Philippines. Similar to how the Coolray took the crossover segment by storm, the Emgrand with its set of features and competitive pricing could do the same. You soon could see more of Geely’s first sedan in the country plying the streets in the coming months.