The Toyota Corolla Cross is the newest crossover to enter the lineup of the Japanese brand in the Philippines. It comes with the same TNGA chassis as its sedan counterpart the Toyota Corolla Altis and shares the same features. The Corolla Cross brings with it two distinct variants with each one carrying a different set of features from the rest. You have the gasoline variant which serves as the entry-level model, and the hybrid model which serves as the highest trim level. With that said here is our quick guide to see which Corolla Cross could be for you. 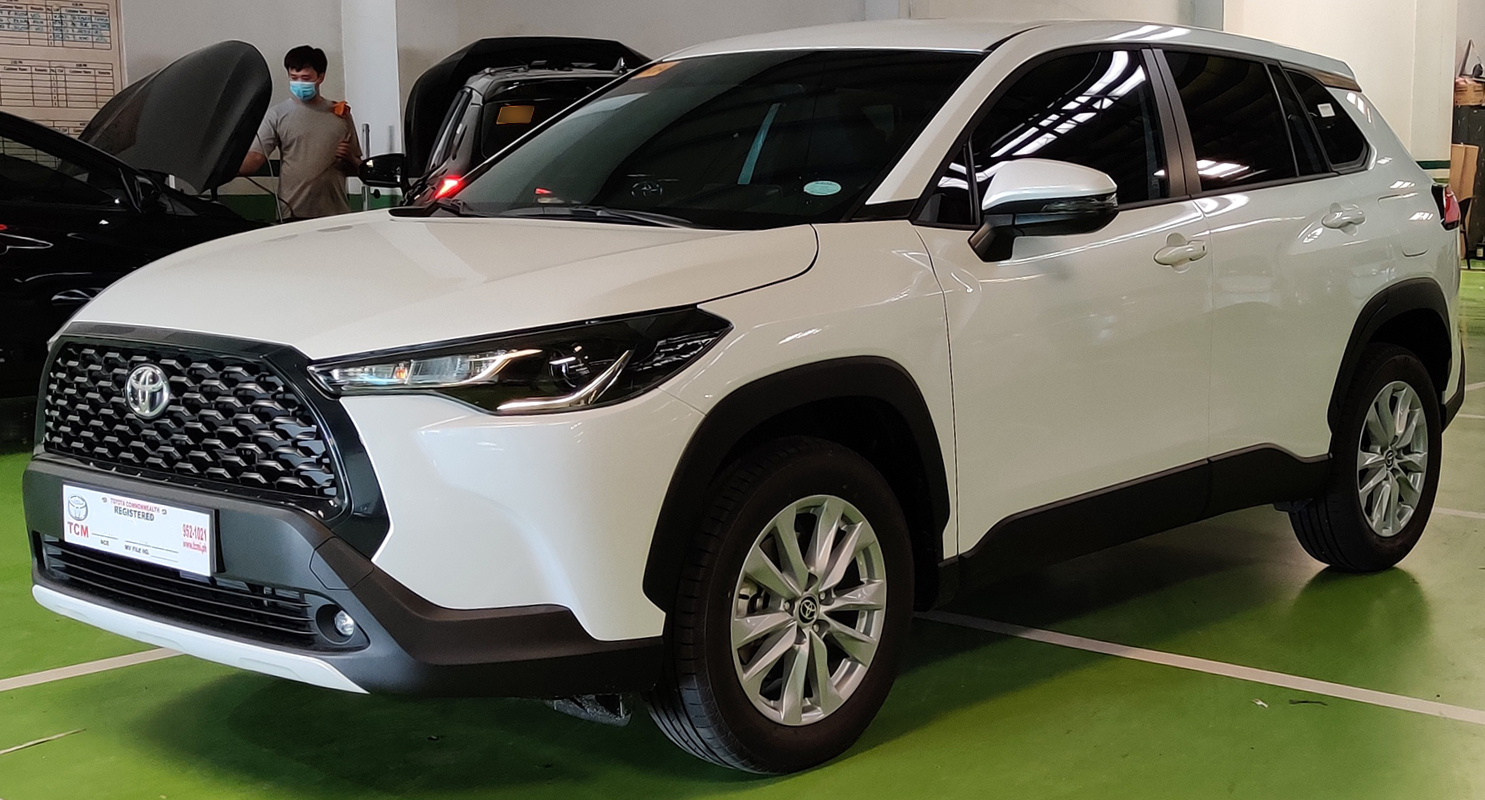 Starting off with the entry-level Toyota Corolla Cross 1.8 G CVT variant. It serves as the entry-level unit in the vehicle’s lineup and comes well equipped for its price point. As the starting model, it comes equipped with a 1.8-liter naturally aspirated gasoline engine that is mated to a CVT. It produces 138hp and 170 Nm of torque. While its dimensions and chassis features are the same as its hybrid counterpart, it comes with smaller wheels. The grille design, while the same, comes in a different color as the G variant only comes with a black material for its exterior accessories. Aside from this the G variant only comes with halogen projector headlights and blub-type daytime running lights. It does share the same LED taillight design as the higher model, however, does feature blub type lighting elements instead of full-on LEDs.

On the inside, the Corolla Cross G comes only available with a fabric seat material that leans towards the durable side. It does not come with power-adjustable seats and features analog gauges. Aside from this, it comes with only a single-zone automatic climate control system, and a 6.8-inch infotainment system that supports T-link but does not come with Apple CarPlay and Android Auto. In terms of other features, the G variant only comes with one 12-volt socket found at the front of the vehicle.

In terms of safety, the G variant is pretty well-equipped with the rest of its segment as it comes with driver and front passenger airbags, side airbags, curtain shield airbags, and knee airbags for the driver. Aside from this, there are seatbelts for all occupants in the vehicle along with back sonar sensors and a reverse camera as well as ISOFIX tethers. The top of the line variant, the Toyota Corolla Cross 1.8 V hybrid comes with an electric motor to complement the gasoline powertrain. It will surely return great fuel economy figures because of this system. While the 1.8-liter gasoline engine alone produces 98hp and 142 Nm of torque, it is very efficient. Don’t let the initial power figures fool you as the electric motor also steps in to give the vehicle more power under the hood. The electric motor alone produces 72hp and 122 Nm of torque. When combined these two powerplants are more than enough to get the crossover moving at speed all while returning great fuel efficiency at the same time. Since it is a hybrid model Toyota has equipped the 1.8 V with three driving modes, the first of which is Eco mode, the second is power model that utilizes both the electric motor and gas engine and finally EV mode which just uses battery power.

On the outside, the hybrid variant looks the same as the gasoline fed model. However, it does come with bigger wheels and a full set of LED lighting elements. It also features a gun metallic colored grille along with black and chrome accents. An important thing to note is that the hybrid model comes with a space-saver spare tire instead of a full-size tire. This was done in order to make room for the battery pack under the vehicle.

Moving on to the interior and it still retains the same layout and design as its lower variant. However, Toyota has given it a bit more features such as a leather interior, 8-way power-adjustable seats for the driver, and a digital as well as an analog gauge cluster. The single-zone automatic climate control has also been upgraded for a dual-zone system for the hybrid model. It also comes with rear AC vents along with Cruise control. The audio system has also been changed and the variant now features an 8-inch infotainment system that now comes with Android Auto and Apple CarPlay capabilities. Two rear USB ports have also been added giving the rear passengers places to charge their devices.

In terms of safety, the 1.8 V hybrid builds on what the G variant already has and adds Toyota Safety Sense into the mix. This gives the crossover a pre-collision system, automatic high beams, lane tracing assist, lane departure alert, and adaptive cruise control. This is also paired with a rear cross-traffic alert and a blind spot monitoring system. 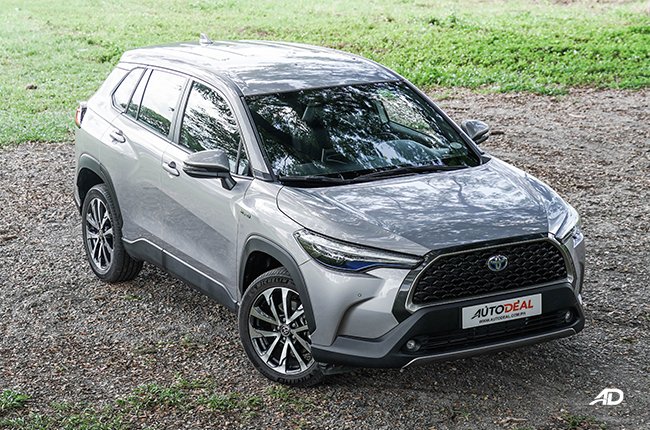 With the two variants available for the Toyota Corolla Cross, this represents two kinds of customers that Toyota wants to reach. The first is the type who doesn’t yet want to try out hybrid technology but is instead looking for a reliable crossover that comes with a good amount of features and power under the hood. While it doesn’t come with LEDs and Apple CarPlay and Android Auto it’s still a good variant nonetheless as it offers the Corolla Cross experience without the hindrance of too much tech. Overall this variant is for those who want a little less tech in their vehicle but still want the good old propulsion and performance of a gasoline motor.

The other type of customer Toyota wants to reach with the Coroll Cross are those who are after a fuel-efficient vehicle that also comes with the latest technology available in the country from the Japanese brand. Having features such as the Toyota Safety Sense is a big help especially on the highway as the car can almost drive itself. Even the addition of the 8-inch head unit is great as it offers the interested buyer Apple CarPlay and Android Auto capabilities further integrating their smartphone with the vehicle. Lest we forget, it also comes with a hybrid drivetrain that will return you great fuel efficiency numbers, making you visit the pump less often and will help you save on gas down the line.

If any of these variants strike your fancy, then we highly recommend using our ‘Buy Online’ feature to make the process of getting a Toyota Corolla Cross to go as smoothly as possible.