The all-new Isuzu D-MAX has already gone on sale in the Philippine market. While the majority of its lineup consists of lifestyle-oriented models, there are a few that stand out as the workhorse or fleet models. One such model that Isuzu Philippines has brought in is the Isuzu D-MAX LT 4x4 MT. This pickup truck model comes with the same rugged exterior as its lifestyle-oriented siblings but with a more utilitarian feel. It also stands out, because, unlike its 4x2 counterpart, it comes with a much more powerful engine under its hood which is normally found in the higher-end variants.

A D-MAX with a powerful engine for work and play 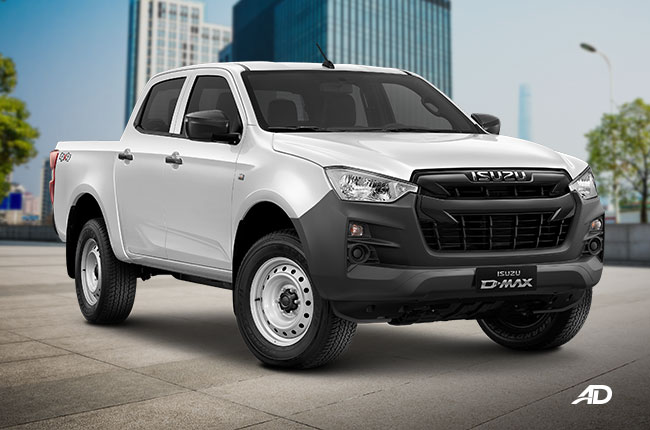 While the Isuzu D-MAX LT 4x4 MT doesn’t come with too many features unlike its higher-end counterparts in the lineup, it does come with the right balance of utility and leisure. It comes with a Single-DIN infotainment system with 2-speakers, along with Auxiliary-in, Bluetooth, and USB connectivity. This covers the basics, allowing you to stream your music from your phone and be entertained at the same time. The interior was also built to be rugged and durable, as not many leather accents can be found inside the cabin of the vehicle. 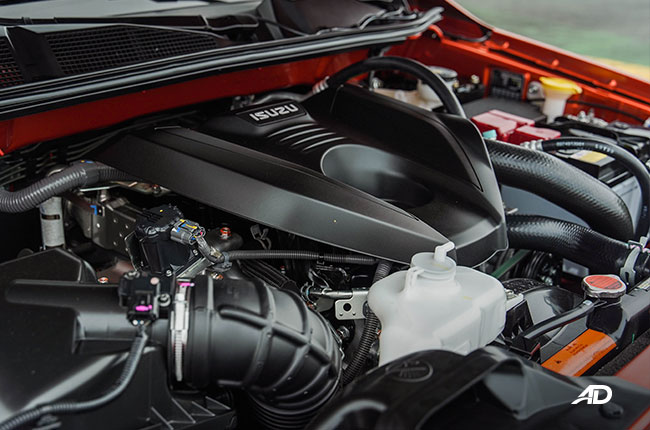 Under the hood is where the Isuzu D-MAX LT 4x4 shines. It comes with the powerful 3.0-liter turbo diesel motor, which, unlike its other work and fleet-oriented variants, produces 187hp and 450 Nm of torque. This makes the pickup truck an ideal choice for those who want an off-road-capable vehicle at an affordable price. It also comes with the aluminum rear driveshaft, and with a transfer control switch which is also found in the top-of-the-line Isuzu D-MAX LS-E 4x4 AT model. A transfer case protector is also available with the model to protect critical components of the drivetrain during off-road use. With these additions, the LT is just as capable as its more expensive and lifestyle-oriented variants.

The LT variant also comes with the same Double wishbone coil spring with a high mount upper control arm and stabilizer suspension as the other higher tier variants. This further differentiates the LT 4x4 from the more utilitarian Single Cab model. It also shares the same wheel size as the LS variants in the lineup, indicating that comfort was also considered for the vehicle despite it only having steel wheels. The ground clearance of the LT is also on par with the mid-range models of the Isuzu D-MAX coming in with 235mm. Bucket seats are also available with the variant, however, its material is only limited to cloth. The Utilitarian focus of the LT continues when it comes to the keys of the vehicle, as it comes with a conventional setup of a key and an alarm instead of the keyless setup found in the higher models. Its windshield wipers are intermittent instead of being variable.

All in all, while the Isuzu D-MAX carries predominantly utilitarian features, it also offers off-road enthusiasts the option of an affordable, reliable, and rugged entry-level pickup truck. As its features are aimed at being a workhorse, the additions of the more powerful engine along with the 4x4 components found in the higher variants are more than welcome. The Isuzu D-MAX LT 4x4 is an ideal pickup truck for those who are looking for a vehicle that can be used for work purposes and the occasional leisure trips off the beaten path.