Ladies and gentlemen, we now have the 10 outstanding Filipino contenders, who have stood the test of time at this year's Subaru Palm Challenge. Motor Image Pilipinas, the official distributor of Subaru vehicles in the Philippines, was able to successfully conclude the time-based competition.

After almost 11 hours of placing their hand on the 5 units of the all-new Subaru XV crossover, 10 dedicated participants were hailed as the Palm Challenge Philippines champions for 2017.

Among this year's Top 10 was Alex Neblasca, who is a long-time winner and also a runner up in the 2016 Regional Palm Challenge finals in Singapore. Despite his veteran experience, Neblasca only placed 3rd at this years Philippine leg. Factory worker Rheden Pinollad was able to outlast him. On the top position, security guard Juntie Torres was dubbed as the new Philippine champion of the challenge.

The 10 individuals will be flown to Singapore this coming October 27 to November 1, 2017 to represent the country in the regional finals. One winner is subjected to drive home a brand-new Subaru vehicle. So far, no Filipino has won the overall championship, and this year opens up another opportunity to bring the title home. 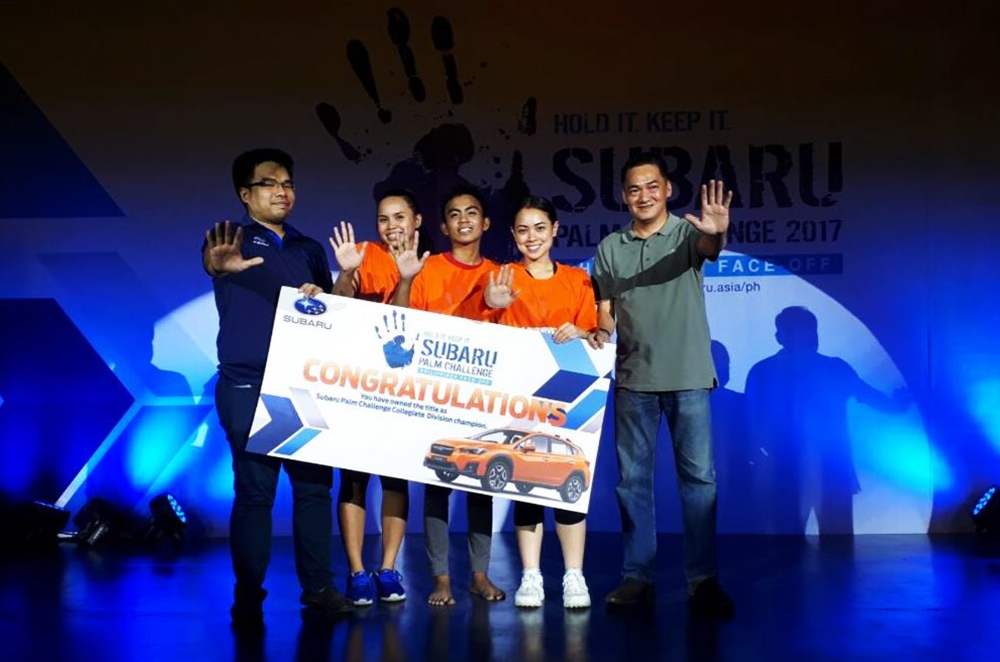 Both the Costillas and Enage registered 4 hours and 46 minutes, with only 36 seconds difference. All 3 participants took home P5,000 each, while Ragudo received an additional P30,000 for his school.