The Nissan Navara, a popular truck here on AutoDeal, has gotten an update from Nissan. The truck doesn’t sport a radically different redesign, but it does sport a few changes over the previous generation. At least in Europe, these updates are already in the pipeline. For the rest of the world, we have yet to receive word if Nissan Philippines will be bringing in these updated models later this year. 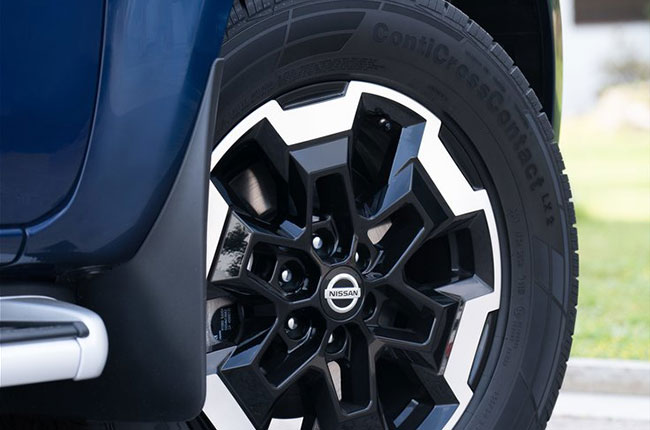 On the surface, you’d have to take a much closer look in order to make out the differences in the design. Dig a bit deeper and you’d find minor touches like the jump from 17 to 18-inch wheels. There is a new design for the 2020 model’s wheels. There is also a new transmission on offer from Nissan in other countries. A 6-speed manual transmission can now be had, and it features longer gear ratios so drivers won’t have to shift as often.

Nissan has also updated the braking system. The discs up front, and the drums out back, are beefed up by a whole 4 mm. The brake booster is also up in size by one whole inch to aid in the stopping power of the system. Now the highlight we feel is the most important in this refresh is the updated suspension system that Nissan has fitted. While already comfortable with its multi-link rear setup, the Navara will be sporting new dual-stage coil springs that increase the total payload capacity by 46 kg, bringing up the 964 kg to 1,010 kg and making this truck even more capable, yet still car-like in its ride. A new infotainment system is also put front-and-center. N-Connecta is making its debut here in this model. It comes mated to the vehicle, able to control and monitor various features such as the locating feature, and the lock and unlock functions. There is also a software that lets users check the vehicle health.

Looks like bi-turbo, twin-turbo, or simply just two-turbo diesels are in fashion with manufacturers now. Ford was one of the first companies who brought out their Bi-turbo technology here in the Philippines. With an extra 300ccs of displacement, it is quite curious to see that the Nissan truck is making less power than the 2.0L bi-turbo of Ford. Let’s see how these two models stack up, that is if the 2.3L twin-turbo is going to make its debut here.