Consumer Reports is a non-profit organization that specializes in owner reviews of products from big companies. The online publication has recently posted an article detailing the rise and improvement of infotainment systems in cars. It wasn’t long ago that single-DIN radios were standard in all cars. Then manufacturers thought they could add a little style to these head units with the use of a proprietary integrated infotainment system. It was a weird time in the early 2000s, especially since the head units at the time had ballooned in size, but remained sparse in features. These integrated head units were lucky to have Bluetooth, let alone a small display. Back then, you had a digital LCD display that looks like it belongs in a calculator, but that was what was available at the time, there were not many options for the majority of consumers… Back then. Fast forward to today and you can see that we are all spoiled for choice, both good and bad. At AutoDeal we have a multitude of cars getting handed to us for review, and in Philippine traffic, you better hope that your infotainment is good, because that may be the only solace you get as you trudge through EDSA in rush hour traffic. Consumer Reports tells us that in 2014, only 53% of vehicles in the United States were sold with a touch screen infotainment system. Go forward today, and IHS Markit reports that the number has soared to 82%. Strength in numbers doesn’t indicate satisfaction, however, because the more systems there are, the more likely it is that there will be a few duds, especially since touchscreens are being offered in even the most affordable of cars nowadays. Only 56% of owners are very satisfied with their car’s infotainment system, Consumer Reports finds. There is a large gap between Tesla whose system returns an 86% satisfaction rating compared to Lexus whose Remote touchpad garnered a total of 46% in consumer satisfaction. So here’s a little public service announcement for you: Just because it has a touch screen, does not mean that it will be a good system to use. It is not enough that you check the infotainment at the dealer. Usually, an indication that the system is good would be integration with Android Auto and Apple CarPlay. It’s not always the case, however, so car reviews are where it is at for more information on the usability of the head unit in a car.

A good system is one that’s easy to learn and easy to use every day. It should be responsive, not sluggish, and have straightforward controls that are easy to identify and operate.
Kelly Funkhouser
program manager for vehicle usability and automation, Consumer Reports Consumer Reports also states the reasons why some units are better than others. According to their members, taking a driver’s eyes off the road is a definite no-no. What doesn’t help are multiple screens that may confuse users and divide attention even further. A good infotainment must be readable and usable without a glance. Voice recognition features are the answer, or at least it should be, but poor integration with smartphones leaves something to be desired, that is why we at AutoDeal appreciate it when manufacturers bundle their systems with Apple CarPlay and Android Auto. 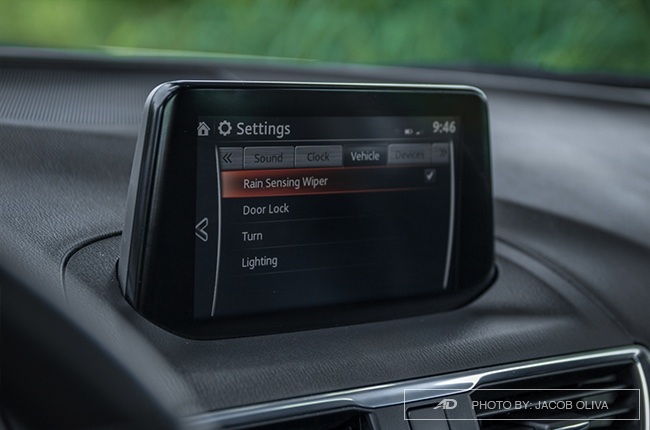 So what makes a good head unit? Well for us, it is acceptable so long as the screen is not located in an area that would impede driver visibility. At the same time, it wouldn’t be good for the driver if the display was located near the bottom of the center console. In short, a happy medium is to locate the display, well in the middle, or somewhere up top so the driver’s eyes don’t veer too far off his line of sight. We also like it when manufacturers opt for knobs, or even better, steering wheel mounted controls. This lets the driver put minimal effort into changing the tracks on blast or lowering the volume when need be. The interface must be also easy to read and understandable at a glance, and as quoted from Consumer Reports, controls must be easily identifiable with minimal effort. Also, it doesn’t hurt to have a very responsive touch screen, it should be par for the course considering we are so far gone from days of resistive touch screen technology. Capacitive is the way to go for the future, it should always be the standard for infotainment systems across all manufacturers.

Infotainment is so much better than before. Dare we say, the experience is getting more smartphone-like. Sometimes you don’t even have to touch the screen anymore to change a song or make a call.