One of the best ways to get the most bang for your buck is to go with the flow sometimes. This leads consumers to ask “ano bestseller ninyo?” when it comes to buying. The same rings true for cars.

There is a good reason for a car being popular, so let’s look at the most popular cars on AutoDeal today. The list is segregated by body style. Under each body style is the top three most popular nameplates per segment, based on our industry insights for Q1 of 2019. This segment is known for its “do it all” attitude. While not the most capable machines, they can get the job done, and are modular enough to be a people carrier, grocery getter, cargo-hauler, and a road trip companion for you and even your extended family.

Kicking off the list, we have the most inquired segment of vehicles, the small MPVs. The Toyota Rush is still the king overall. With 7 seats and that all-important Toyota badge and aftersales support, it stands a head above its other small MPV brethren.

The next most popular small MPV is the Mitsubishi Xpander. The edgier of the two, it finished strong at the start of the year right behind the Toyota Rush in terms of inquiries.

Third is the all-new Suzuki Ertiga. With its release at the start of the year, it’s one of the more popular among the MPVs because of its value pricing and surprising set of features. It also has an updated exterior which longtime fans of the Ertiga could approve of.

Related: AUV, MPV, or SUV: What are the differences? Next most popular body style is the midsize pickup trucks. Whether used for business or for taking the kids to school and running errands right after, these cars are some of the most versatile and capable vehicles on the road or even on the trail.

Looking at the most popular, we have the Toyota Hilux. Not a surprise that yet another Toyota is most inquired – could be because the brand is tried and tested in the Philippines.

Next up is the Nissan Navara. No surprise as many people do love the Navara, so much so that they have asked Nissan for the Terra. It’s one thing to look at the truck, but it is another thing to drive it, as the ride will amaze you. With the comfortable ride, the Nissan bags a good second place in the pickup category.

This is then followed by the Ford Ranger. This truck is quite possibly one of the most feature packed in its segment. If you choose the Wildtrak variant, you get the same engine as seen in the Ford Ranger Raptor, and to top it all off you get a better infotainment system in a cabin that is generously proportioned and garnished. Seems like the best, so consumers are asking quite a bit for it. Moving on from roofless pickups, let's look at their roofed counterparts. This segment combines the best from the small MPVs with the best that the pickups have to offer: seven seats and a capable chassis with a diesel engine.

The most inquired for is the Toyota Fortuner. It comes with good reason as it is the best-selling SUV in the country today. Looking at the price, though, it does come at a premium compared to its other counterparts.

Gotta give it to Nissan, however, a slow clap is in order for the brand as after just one year of having its Terra out and about in the market, it managed to nab second place in the hearts and minds of Filipinos since a lot of them are asking about this model.

Isuzu bags third place with its mu-X. While not as decked-out as its rivals, it presents a good overall package for not too much money. With the company’s offering, it seems like a good buy, hence the high interest from online car buyers. 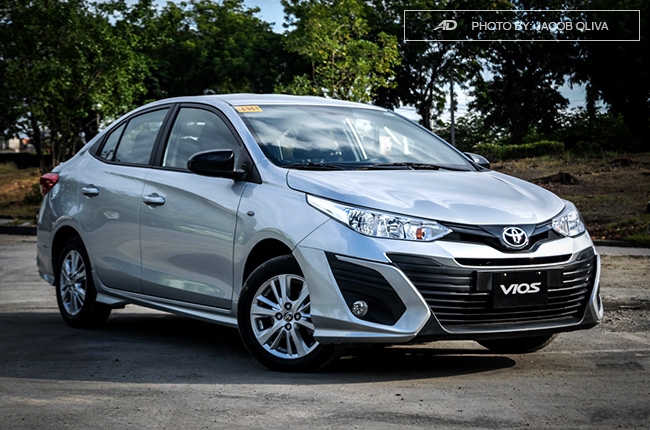 While hatchbacks can be practical, it is not as popular here as a sedan. Filipinos still latch on to the sedan as the main body style of choice when it comes to choosing a subcompact.

And to nobody’s surprise, the Vios wins. It just does. It’s a Vios. Reputation, service, and brand recognition all play a part in making it the most popular on AutoDeal.

Coming in second is its closest rival, the Honda City. It’s a more premium model and goes into Vios territory in terms of pricing and features. These two are bitter rivals in each of their respective camps. The City holds its own against the Vios though, as it is still a choice among consumers who are willing to pay just a little bit more.

A brand with an H, a slanted H, comes in third. Hyundai with its Accent, especially with the diesel engine, bags the next spot in the most popular list. Since diesel is so cheap and accessible here, and that all-important torque figure is what helps to propel a car forward, it nets drivers with a fuel economy figure that is way better than most gasoline engines. So, consumers want to know, what the Accent has in store for them. 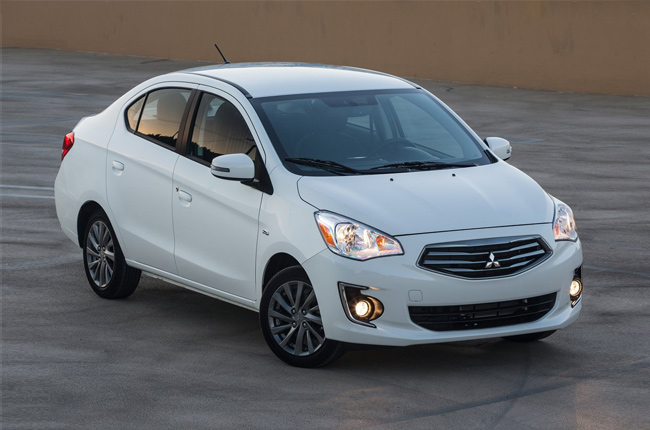 Leave it to Asian countries to tell you that small is not small enough. We’re heading there, to the land of small subcompact city cars. While the segment hasn’t been the most feature packed, manufacturers are now looking at this segment and seeing what can be done with the low prices that these vehicles command.

The first in line is the Toyota Wigo. The recent facelift gave this small hatch a slight handsomeness that the old model was sorely lacking. It’s popular because just like its counterparts, the badge makes a huge difference in the minds of consumers.

Second and third both belong to the Mitsubishi. The Diamond Motor Corporation has always been a thorn in Toyota’s way to world domination especially with the Mirage and the Mirage G4. The model is a strong contender to the Wigo as it offers more ample space and an engine that is slightly more powerful than the Wigo. Though it is not a lot considering the weight, it is substantial because the Mirage has more features and specs that populate its brochure. For the MPV category, the lone wolf is the Toyota Innova. It was a no brainer for this to be on the list since it is the only midsize MPV being sold currently in the Philippine market.

In the land of subcompact crossovers, the most popular is still the new EcoSport and followed by another fan favorite, the Suzuki Vitara. New models often get more views on the site so it’s not out of the ordinary.

Surprisingly, Honda in its compact crossover and sedan still are making rounds in its segment. The Civic remains the most popular sedan on our site. Among our top 40 most inquired for cars, it is the only compact sedan on the list, as is the Honda CR-V in the compact crossover body style.

Vans and commercial vehicles are also on the list here. Where in the van category we have the Toyota Hiace and the Nissan Urvan. For the CV segment, the Mitsubishi L300 and Isuzu N-Series are popular amongst our viewers.