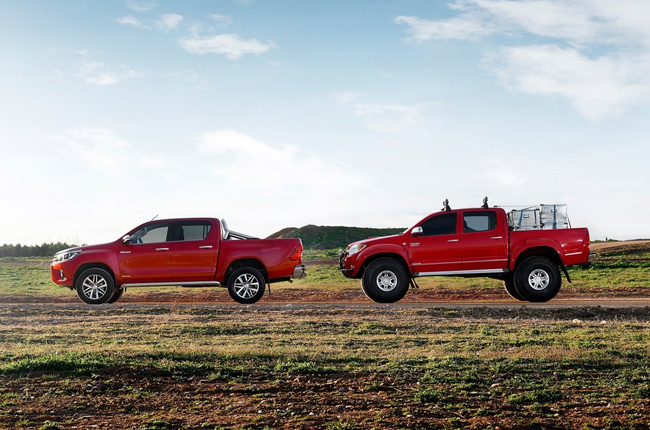 Looking at the landscape of businesses today, and we can see that lots of owners dealing with home-run businesses with limited capital. With the advent of micro or cottage industries in the Philippines, it is not uncommon to see people buying cars that can do it all. A pickup truck is a very versatile piece of equipment, and when juggling a family with kids and a business that is gaining traction or self sustaining, it become a valuable asset. Pickup trucks are there to answer your logistical concerns when it comes to the business, as well as ferry your friends and families over long distances comfortably.

Finding specifications for trucks now isn’t as hard as before, since our list of options here at AutoDeal is pretty comprehensive. Also consider the reviews that we do in order to get a better idea of the quality and features that each model provides for consumers. There are a multitude of options to sift through, from more premium trucks to the more affordably priced options, there are many options for your hard-earned Peso. The list we’ve compiled is in no particular order, since everyone has their own preferences, and of course, torque figures are what you need to consider especially if you need to carry heavier items. All of these trucks are in the midsize pickup body style, they also come with diesel engines in order to ensure fuel savings and hauling capacity. Starting off we have the Ford Ranger 2.0 Bi-turbo Wildtrak. Since the pickup truck is one of the symbols of the United States of America when it comes to cars, let’s kick off this list with something American. It can bear a load as heavy as 1,120 kg. With the technology that the Ranger offers, it is a viable option if you want something that will allow you to get the job done comfortably. With the updated engine that is small but capable, at 500 Nm of that all important torque, you won’t find this truck lacking in almost any situation when you need to bring big and heavy items with you. It also has one of the largest beds in the segment with 1,234 Liters of space to boot. The top of the line trim also comes with features that will keep your family comfortable such as its infotainment system. To top it all off, the interior isn’t too shabby either. The bread and butter of the industry, the Toyota Hilux stands the test of time and of course it is a Toyota, so it will continue to run even in the most demanding terrains and locations. The newest model in the Conquest trim looks the business, and as an all around vehicle it can transition from going it to family functions to hauling goods for your business. The chassis of the truck allows you to take a load of 1,000 kg. Torque is rated at 450 Nm which makes this truck a capable hauler. All that is coming from a 2.8L diesel engine, that is shared between the 4x4 models. Though if you opt for the smaller displacement 2.4L diesel found in the 4x2 units, then expect a figure of 400 Nm, which is still sizeable for its class. Also quite sizeable is the 1,204L of space found behind the cab. As a purely practical option, this can take the heat. Though it isn’t the most feature packed, it does carry a Toyota badge, so that’s another item to consider. Next on the list is the Mitsubishi Strada, which takes the cake for most radical redesign. It shares the same engine as the Montero, and produces figures that are comparable. Its 2.4L MIVEC diesel engine is capable of a torque figure of 430 Nm. It is also capable of hauling up to 945 kg of payload and has a 1,061L bed. Even if this has a smaller payload, and the space at the back isn’t as large, inside the Strada features a redesigned interior, and looks-wise, it is the most futuristic of the bunch which can be good if you are looking to transition from work to play. The front lends itself well to the atmosphere of higher class environments, and we’re sure it’ll turn a few heads – including yours – for better or for worse. On to the popular choice on Autodeal. The Nissan Navara is without a doubt, one of our best selling models in terms of pickup trucks. Many have already gone with this choice, so there has to be a good reason for this. With an engine that is 2.5L, the diesel mill is capable of producing 450 Nm. This vehicle is capable of hauling a total of 964 kg worth of payload, and can fit a total of 1,113L in its cargo area. Now the specs are not class leading, however you would be most comfortable in the Navara. The model has long been praised for having a very car-like ride even if it is a pickup truck. With a multi-link rear suspension it glides effortlessly over bumps and potholes, ensuring a ride that would be the envy of other brands that offer a different suspension setup. Going back to an American brand, the Chevrolet Colorado boasts 500 Nm of torque. It was previously named the King of Torque, but now that crown is shared with Ford’s offering. Even with all that torque, you also get a total payload capacity of 1,003 kgs. While its bed can hold a total of 1,329L. Perhaps it can’t trump its other American rival when it comes to the engine, since the figures are on par, but it wins in terms of bed space. Should it be named the king of beds now? Another option that is less likely to have you playing matchy on the road is the Mazda BT-50. It comes with a 3.2L inline-5 cylinder diesel engine, so it’s got a different engine that sets itself apart from the rest of the two to three liter four poppers in the list. It does come close to producing the same torque figure as the Colorado and the Ford, but it nestles nicely into second with 470Nm. It can carry a total of 1,000 kg worth of payload. It also has 1,239L of bed space putting it just a hair above the Ranger. Though it has enough power and space to rival the other competitors, the platform is getting a little old, and it is also based on the Ranger. Whenever you mention the word, truck in the Philippines, a brand like Isuzu may come to mind. While they don’t offer the prettiest of vehicles compared to the others, they offer robust engines with low maintenance costs and reliable performance. The D-Max comes with a 3.0L diesel engine that produces 380 Nm of torque, not bad considering the price. With a payload capacity of about 1,058 kg, and a bed size of 1,075L, it has an edge over its rivals, namely its price point. Reliable performance is not alien to Isuzu, and so is robustness. The final addition to the list is from another company that started out with trucks as its mainline of business. Consumers should consider Foton even if it is a brand that doesn’t get the limelight too often. The Thunder carries items as well as value for money, and it produces a respectable torque figure of 360 Nm. 2.8L of displacement in its engine is all it needs to haul a total of 1,085 kg as payload. Also consider that for the price you get 1,056L worth of bed space.

Prices and promos are available and linked in the articles. If you need a capable hauler, that can take you, your wife, and kids to work and school respectively, any one of these trucks would serve your needs nicely. On that note, all these models feature only diesel engines, so no matter what you get, you are assured of the torque and fuel savings regardless of rising gas prices since diesel has always been cheaper here in this country.