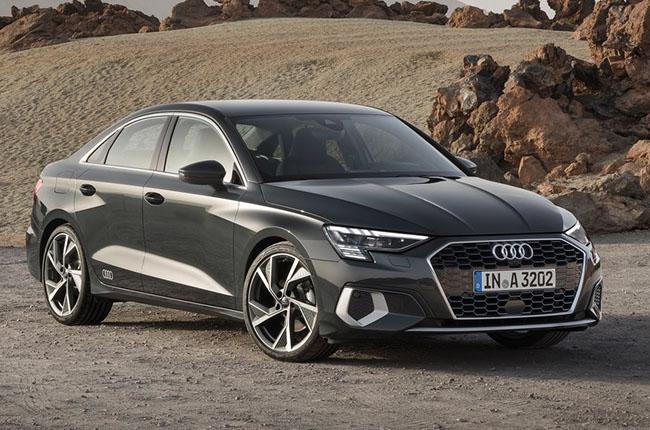 The 2021 Audi A3 has been revealed and it comes with a bold new design and new technology. The A3 sedan was launched about a month after its Sportback brother. Both vehicles share the same front end styling cues with a more angular front clip. It rides on the same updated Volkswagen Group’s MQB modular architecture. Dimensions for the sedan come in at about 4,500mm in length, 1,820mm in width, and 1,430mm in height. This makes the vehicle 40mm longer, 20mm wider, and 10mm taller than its predecessor. The wheelbase for the all-new vehicle, however, remains unchanged. The all-new sedan comes with a more coupe-like appearance. Just like the Sportback counterpart it shares in the same design cues. The sedan carries over the flared wheel arches, the same single-frame hexagonal front grille, and a complete suite of LEDs for the front and rear lights. 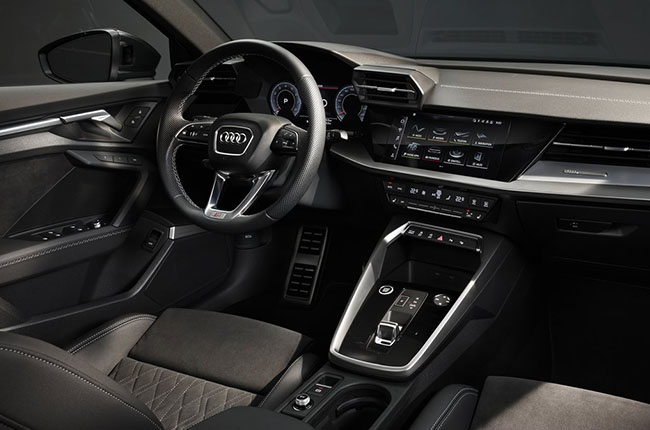 On the inside, the same sharp-looking exterior transitioned well into the cabin of the vehicle. The all-new sedan shares in an identical cabin similar to that of the Sportback. It features the same 10.1-inch infotainment touchscreen and the option of a 12.3-inch digital instrument cluster. The sedan will come with a  10.25-inch digital unit as standard. Other features of the all-new vehicle include leather trim seating material, ambient LED lighting, satellite navigation, a Wi-Fi hotspot, DAB+ digital radio, and Apple CarPlay and Android Auto smartphone mirroring capabilities.

For safety the all-new Audi A3 comes with autonomous emergency braking, adaptive cruise control, rear cross-traffic alert, and a 360-degree camera just to name a few. The German sedan also comes with Car-to-X, a system that is designed to let the vehicle communicate with other vehicles similarly equipped with the same system. This allows the sedan to gather information through other vehicles within an 800m radius about road hazards and traffic conditions ahead.

The 2021 Audi A3 sedan will be available with two engine options. The first is a 1.5-liter turbocharged gasoline engine for the entry-level 35 TFSI variant. It produces 147hp and 250 nm of torque. For this variant, power is exclusively sent to the front wheels via a 6-speed manual or a 7-speed dual-clutch automatic transmission. The automatic variant also comes standard with a 48-volt mild hybrid system. This lets the vehicle recover energy via braking. It also gives it a quick boost in acceleration at lower speeds thanks to the electric motor.

The second and more powerful option is a 2.0-liter turbocharged diesel engine. This produces the same amount of power as the gasoline engine making 147hp but its torque figures are significantly higher coming with 360 Nm of torque. Power is sent to the ground via a 6-speed automatic transmission.

While the vehicle has been slated for launch in other markets in the second half of 2020, there is no news yet if PGA cars the local distributor of Audi in the Philippines will bring in the new model.

Get Notified About Audi A3 Sedan News