Initially making its debut in Thailand, the 2021 Toyota Corolla Cross has officially been unveiled in the Philippines. The new Toyota Corolla Altis based crossover enters the local automotive market available in two versions. The first comes with a naturally aspirated 1.8-liter gasoline engine while the second comes with the familiar 1.8-liter hybrid powertrain. If that hybrid engine sounds familiar, it is because it is similar to the one found in the locally available Toyota Corolla Altis hybrid. The new crossover will be slotted in under the RAV4 and will serve as the brand’s entry into the growing and competitive crossover market segment.

For those worried as to where this vehicle will be imported from will be happy to know that it will be coming from Thailand. As such the Philippine version of the vehicle will be similar in specification to that of its Thailand counterpart. 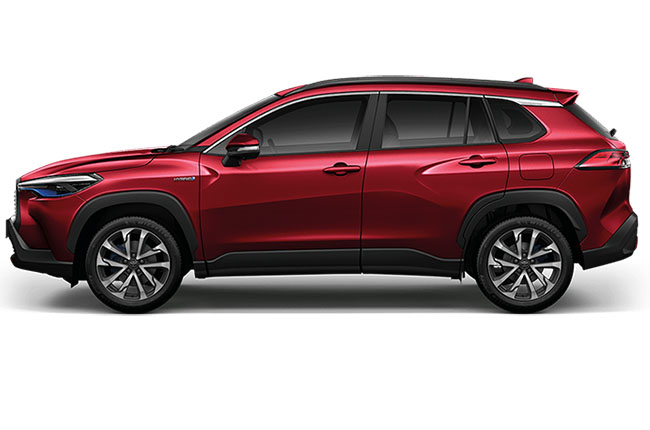 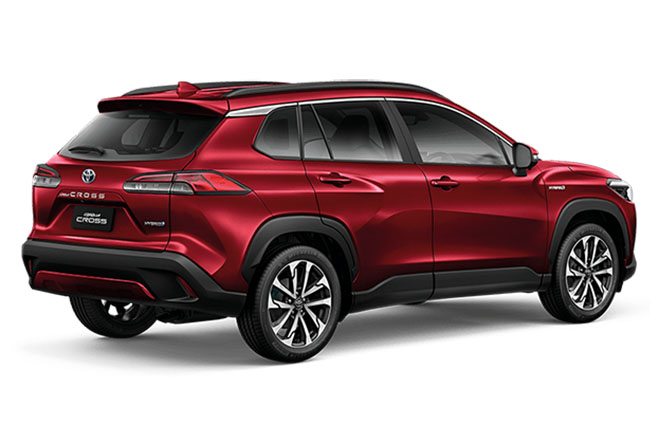 In terms of design, the Toyota Corolla Cross is designed for those with a dynamic lifestyle. This is especially true for working women who want a reliable and safe vehicle that is also ready to handle the challenges of a small family.

At the front, the all-new crossover comes with a large double trapezoid grille that is flanked on either side by slim bi-beam LED headlights. It also comes with LED light curtain daytime running lights which are an exclusive feature for the hybrid variant. Continuing with the theme of sleek lines at the front the sides also carry the same design aesthetic adding character lines to the side of the vehicle giving it a “double c” shape. Moving below the beltline, you are greeted by a set of 17 or 18-inch alloy wheels depending on the variant.

At the rear of the vehicle, you are greeted with cuts and creates that accentuate the athletic yet flat rear end of the Corolla Cross. This coincides with the same design aesthetic as its bigger brother the Toyota RAV4 giving it a flair of sportiness while maintaining an overall sophisticated and urban-oriented design. Just like at the front the rear also gets a set of sleek tail lights that extends to the C pillars of the vehicle. A black bumper accent tops of the design of the rear end along with a body-colored diffuser. 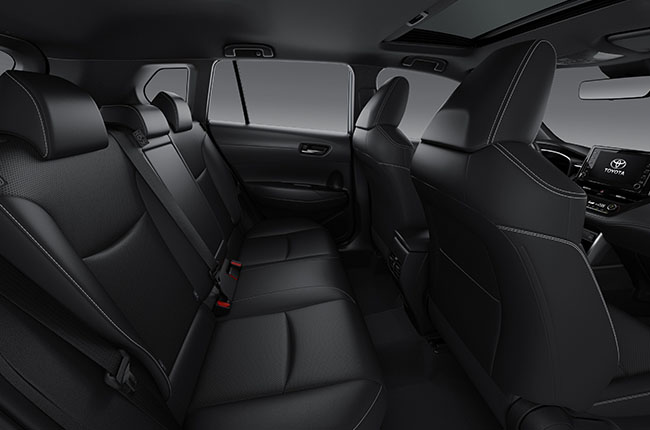 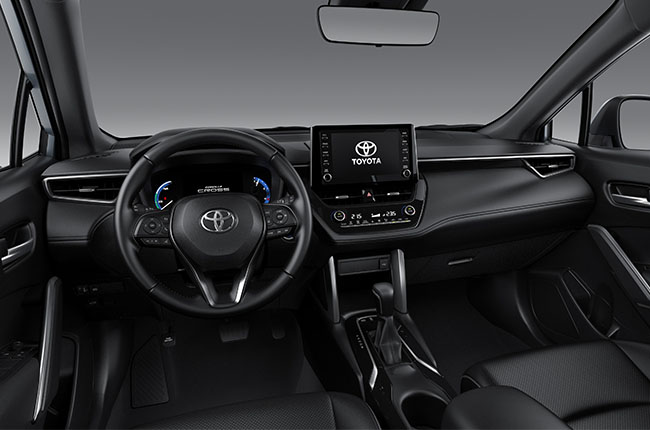 On the inside, you are greeted by the same black-themed interior and gray headliner as its brother the Toyota Corolla Altis. Not much differs between the two, however, the Corolla Cross does get a 6.8-inch  for the G variant and an 8-inch head unit that now supports Android Auto and Apple CarPlay for the V variants of the vehicle. The all-new Corolla Cross comes with the brand’s Toyota Safety Sense for the V variant. This gives the driver access to features such as pre-collision system, adaptive cruise control, lane departure alert, automatic high beam, just to name a few. The crossover does come standard with 7-SRS airbags, ABS with EBD, vehicle stability control, traction control, hill start assist, and with a 3-point emergency locking retractor seat belts. The hybrid variant also comes with two front and four rear clearance sonar sensors, while the lower G variant only gets two rear sonar sensors. Interested buyers will be happy to know that a reverse camera is standard for all variants of the vehicle. Under the hood of the Corolla Cross is either a 1.8-liter naturally aspirated gasoline engine or a 1.8-liter hybrid power plant. The 1.8-liter gasoline engine pushes out 138hp and 172 Nm of torque, while the similar displacement hybrid powertrain, on the other hand, pushes out 98hp on its own and 120hp with the aid of the electric motor. Torque figures for the hybrid power plant come in at 142 Nm of torque. All variants of the Corolla Cross can only be had with a CVT transmission.

The 1.8 V hybrid variant comes with three selectable driving modes (eco, sport, and EV) giving the driver a bit more control. Each one is designed to maximize what the hybrid drivetrain can offer in terms of performance and in fuel efficiency.

The all-new Corolla Cross can be had at a starting price tag of P1,285,000 for the G variant and P1,650,000 for the V hybrid variant. This slots the vehicle in between the Corolla Altis 1.6 variant and puts it right under the Toyota RAV4.

It is important to note that the Corolla Cross shares many of the same parts as its Corolla Altis sedan counterparts making parts for it easily available. In terms of pricing, the all-new crossover comes very close to the 1.6 V variant of the Corolla Altis and as such positions itself right between it and the hybrid version of the sedan. This gives buyers the opportunity to choose between either the sedan or the crossover in case they want to buy upwards and shift to a higher-riding vehicle.