The new Mini Cooper 3-Door, 5-Door, Convertibles are out. The Autohub Group is proud to offer its new lineup for the 2022 year models in their Mini dealerships in the Philippines.

Mini savants will be quick to pick out the differences, but here’s what you need to know if you’re not totally in the know. The new Minis are still as British as can be, being adorned with some of the industry’s quirkiest details. All the Union Jacks and Brit influence you can get, still in the same lovable package. 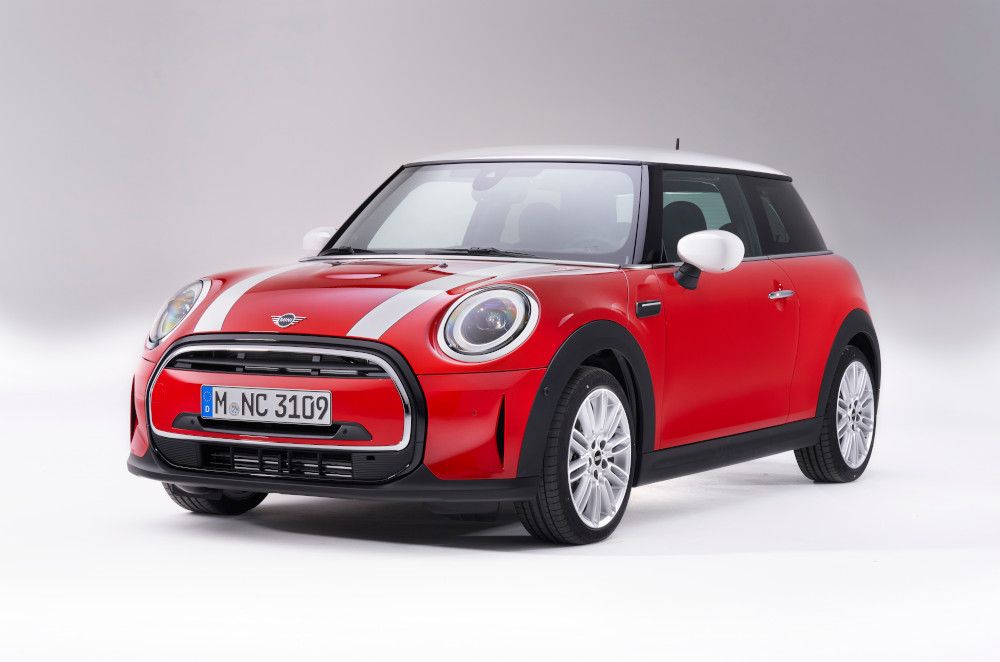 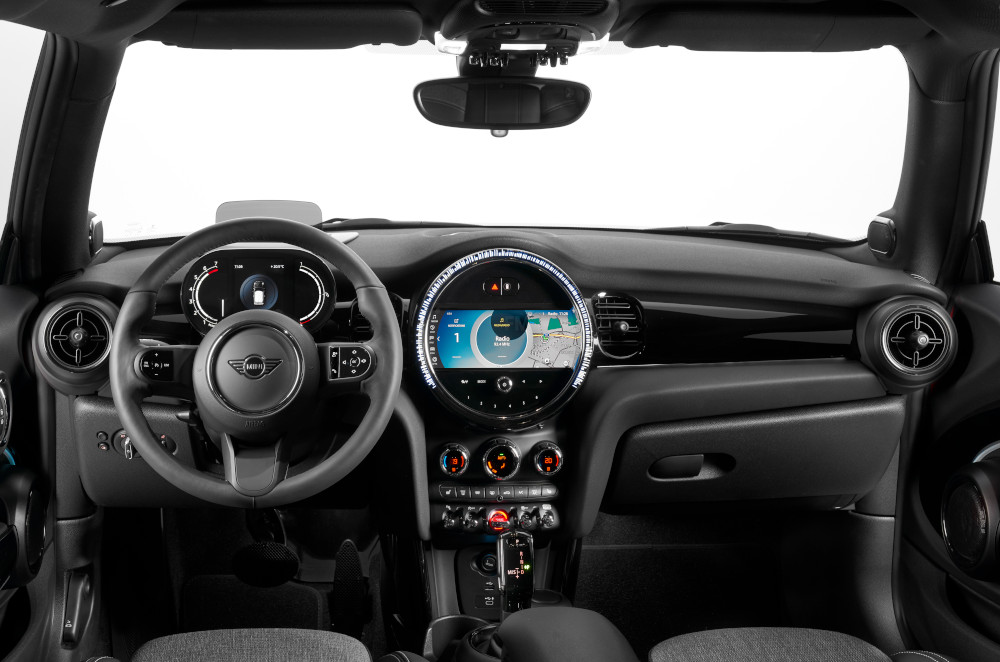 There are no major platform changes to the model. It still runs on the same tried and tested base with go-kart handling as standard. However, there are new wheels, new bumpers, and new tech features that will keep you wanting. For starters, the new wheel designs are still as remarkable as ever. Whether two-tone or in an all-black colorway, each wheel caters to a specific variant and model of the beloved hatchback. 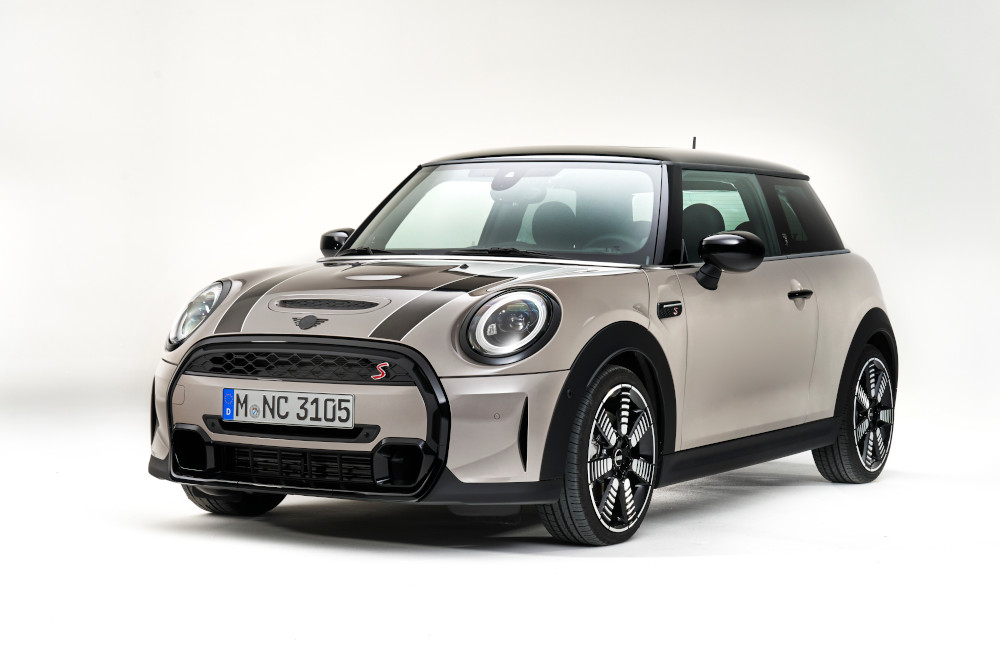 The exterior gets an all-new look. Mini is proud to present its new look for the 2022 model year, with a reduction in chrome, and an emphasis on clean colors and accents. The front grille has been reworked with a notably larger grille. Foglamps are now replaced by more air intakes, and the rear also gets an update for some extra dimensionality. The interior also gets a slight refresh in terms of design, but a gargantuan leap in terms of technology features. Less chrome but with more tech, the new Mini range now has a 5-inch digital instrument cluster. What was once standard on the Mini John Cooper Works GP, is now a feature for all models across the lineup. The center console also gets an update with the inclusion of wireless charging, and the infotainment system now comes in at 8.8-inches and gets wireless Apple CarPlay and Android Auto. Still, you will find LEDs throughout the cabin that’ll set the mood and the models still retain the toggle switches that are just so darned lovable. 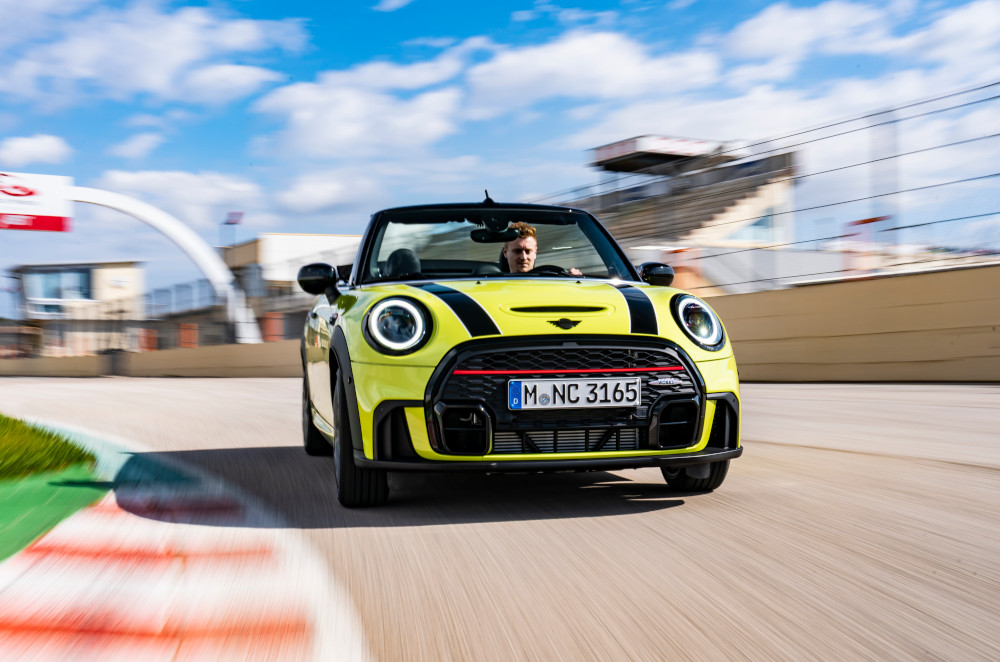 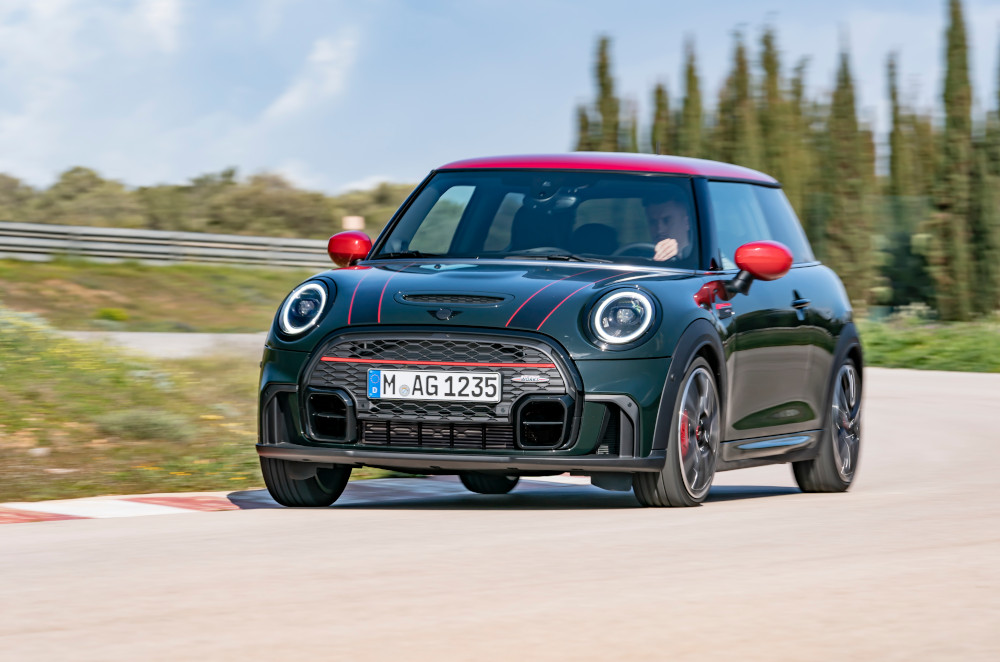 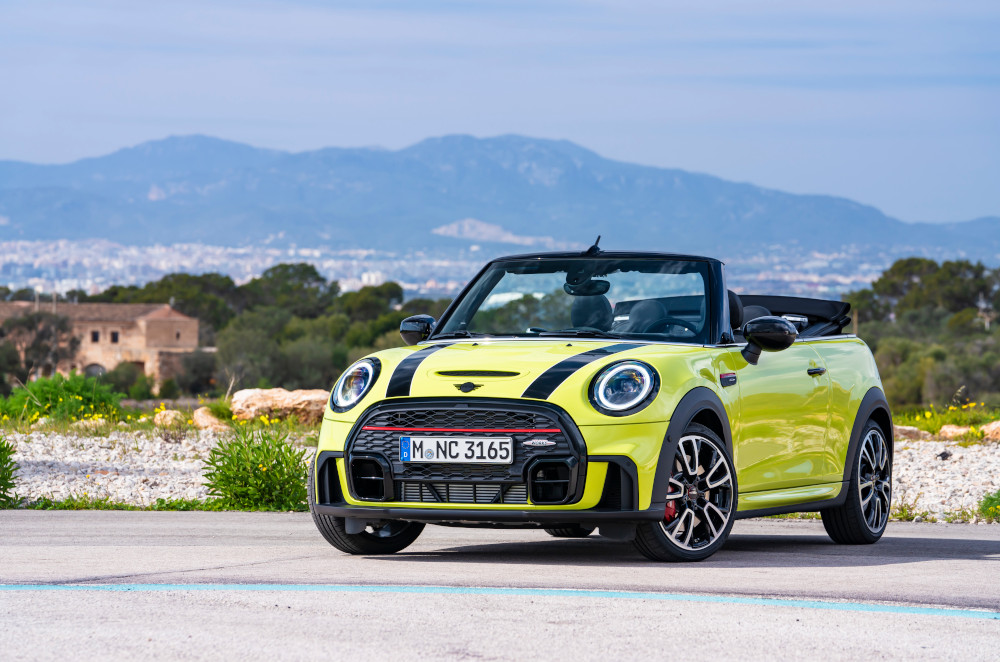 It’s just all hatchbacks, however, the more daring may go for the convertibles, and those who are even braver may head straight to the cream of the crop: The John Cooper Works (JCW). At the launch event, the folks over at Autohub displayed the convertible version of the performance-oriented Mini, and it sports bigger brakes, snazzier wheels with a more positive offset to make space for the bigger calipers, as well as other exclusives that can only be found on the JCW-branded Minis such as a more capable sport mode that promises a livelier drive, and a slew of JCW badges that’ll let every Mini lover gush with excitement. 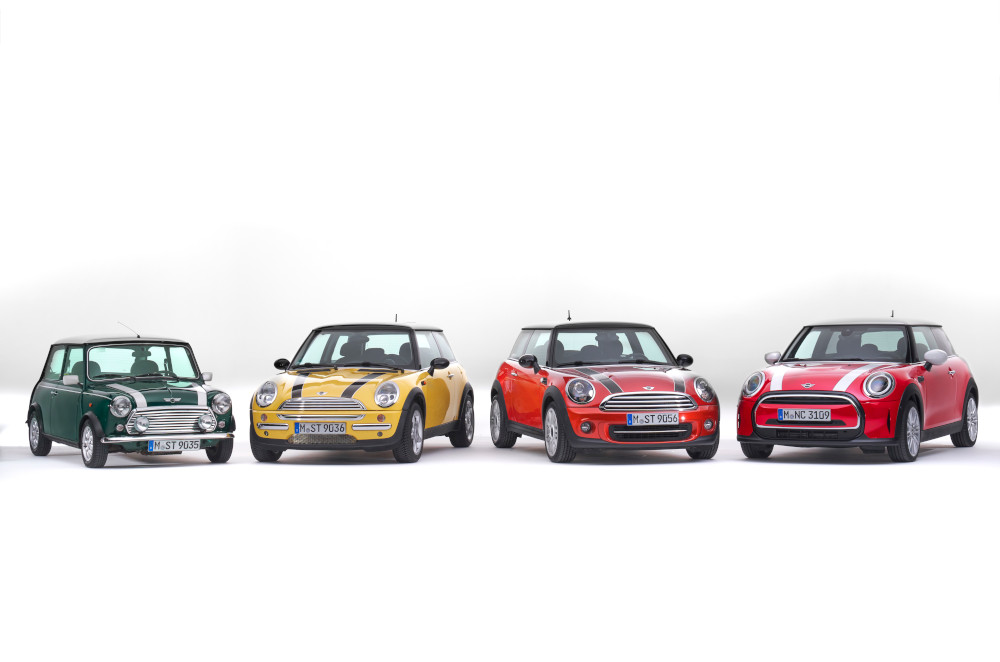 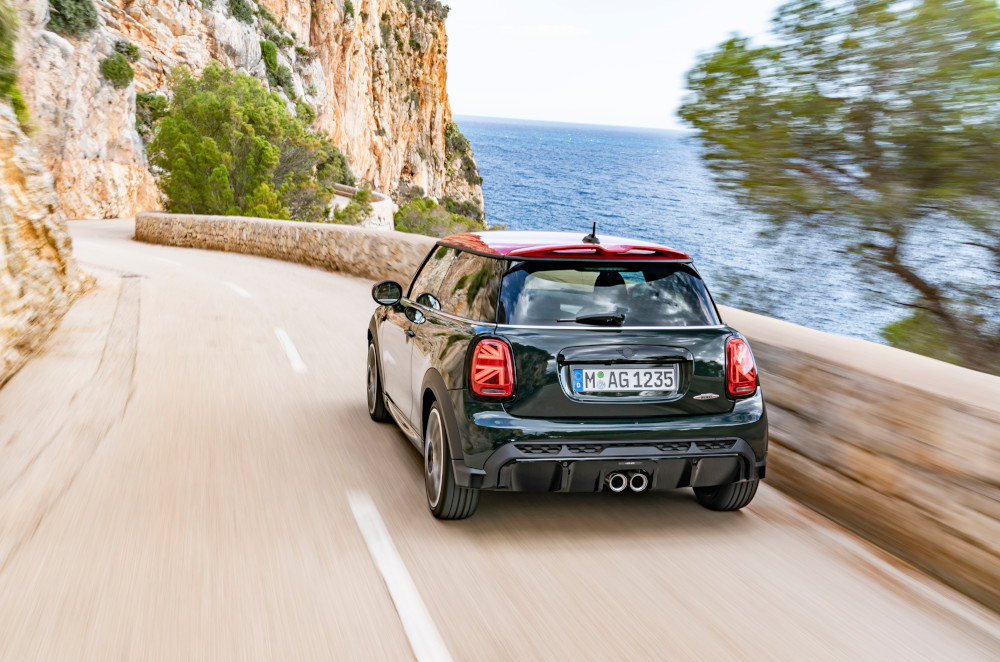 As for specifications, the standard 3-Door and 5-Door still come with the same 1.5-liter and 2.0-liter engines that punch out 136 hp and 192 hp respectively. Note that only the ‘S’ models will get the meaner 2.0-liter. As a kicker, however, the Convertible can only be had with the 2.0-liter. All of these engines are turbocharged as well so buckle up as the car takes you through all seven gears of its 7-sped Steptronic Sport double-clutch transmission.

Then you have the JCW range, which sports an even more exciting version of the 2.0-liter motor. If 192 horses weren’t enough, the JCW comes with 231 hp on tap which should be enough to kick things into high gear. Speaking of gears, the JCW comes with an 8-speed Steptronic Sport double-clutch transmission for crisp up and downshifts.

The most affordable Minis in the lineup includes the standard 3-Door model that’ll go for P2,750,000. While the most expensive in the line is the Cooper S Convertible that can be yours for P3,500,000. If performance is on your mind, prepare P3,950,000 or more if you want the Convertible if you’re gunning for a top-spec JCW model available as either a Convertible or as a 3-door.

For full pricing and specifications, head on over to our car guide to see which Mini tickles you fancy. Act fast because all the display units at the launch were already spoken for. Lock in your reservations at the soonest because these new Minis are a big deal.