Earlier in January of 2022, Toyota Motor Philippines released a couple of teaser photos of the upcoming RAV4 Hybrid. While the automaker confirmed that it would be launching the hybrid crossover soon, it didn’t drop a specific date. That has since changed, as the automaker has officially but quietly launched the hybrid version of the Toyota RAV4 in the country. 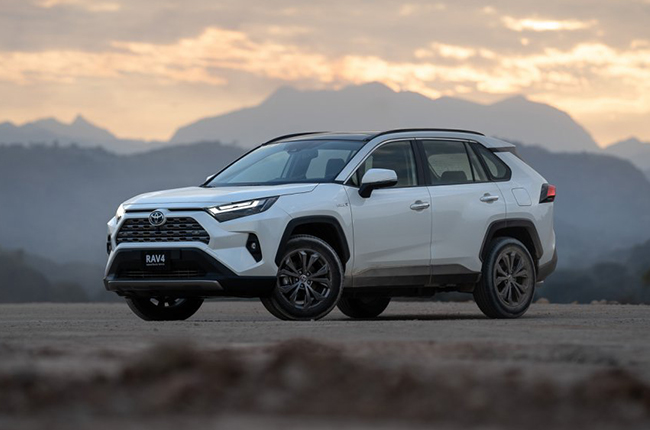 On the outside, not much has changed with the crossover as it only gets a subtle facelift. It now gets updated LED headlights, new daytime running lights, and new blue Toyota badging as well which denotes that it is a hybrid. Aside from this it also gets LED foglights, a new set of rear combination LED taillights, and a new set of wheels as well. The lower variant gets 17s while the higher model gets 18s. On the inside, not much has changed as it still maintains the same design as its gasoline-only counterpart. It still comes with dual-zone automatic climate control, an auto-dimming rearview mirror, a push-button start system, a six-speaker sound system, and a leather-wrapped steering wheel. It also still retains full leather seats, a power-adjustable driver’s seat, and a moonroof for its higher variant.

Where the changes to the hybrid variant are more evident are with its touchscreen. Across the board, both variants of the crossover come with a 7-inch infotainment system that comes with Apple CarPlay and Android Auto. These new variants also get a new 7-inch multi-info display that provides extra driving information about the hybrid powertrain. 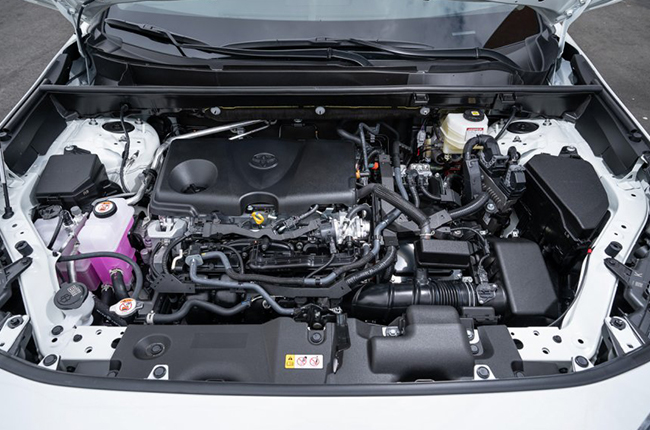 Under the hood, the Toyota RAV4 Hybrid is powered by a 2.5-liter gasoline engine that pushes out 175 hp and 210 Nm of torque on its own. With the hybrid system in play that output increases to 215 hp which makes it slightly more powerful than its Camry hybrid counterpart that uses the same engine. One thing to note is that the Hybrid RAV4 no longer shifts via an eight-speed automatic but utilizes a CVT instead. It is still front-wheel drive as there is no all-wheel-drive version of the hybrid currently available.

Toyota Philippines did not skip out on the safety features for the hybrid RAV4. It comes with Toyota Safety Sense available for all variants which give the crossover features such as a pre-collision system, automatic high beam, lane-tracing assist, lane departure alert, and dynamic radar cruise control.

Aside from this the RAV4 Hybrid also retains its standard safety features such as ABS with EBD, brake assist, vehicle stability control, trailer sway control, hill-start assist,  front and rear parking sensors, a reverse camera, and a total of seven airbags. Something to take note of is that the LTD variant gets access to blind-spot monitoring, rear-cross traffic alert, and a 360-degree panoramic view monitor.

Prices for the Toyota RAV4 hybrid start at P2,172,000 for its XLE variant and P2,500,000 for its LTD model. Extra charges may also apply if you want to get the special paint options for the crossover.